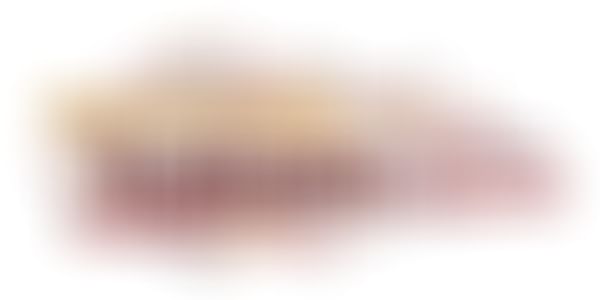 The breakthrough that I am sharing could become a life Mantra for you - not joking. It was triggered after my five-hour long 'knowledge nibbling' last week. Let me tell you the whole story as such -

My five-hour surfing journey was similar to a monkey jumping from branch to branch - LinkedIn, YouTube, Wikipedia, WhatsApp, Facebook, emails, and news alerts. There was an inspirational post on LinkedIn a week ago, which was the trigger for this journey. The post was about Kinjal Singh, a feisty young IAS officer who fought a long legal battle to bring her father's killer to book. Curious to know more about her life, I moved from LinkedIn to YouTube. I found over 600 videos about her, and watched a few of these.

Then I found a video on how to succeed in IAS (Indian Administrative Service) examination. It was a half an hour interview with a candidate who had topped an IAS exam. The clock was ticking, but my knowledge gathering activity continued. Then I moved to Wikipedia to read about IAS. At the end of that, there was a list of some 15-20 notable IAS officers, and I got on to reading about their lives.

I went back to the web browser to find more names of famous IAS officers and got to know about B Chandrakala, a fiery IAS officer fighting against corruption in her department. Naturally, my next move was to go to YouTube to B Chandrakala's daring acts. There were 21,900 videos about her. I started watching some of them.

In between, there were pings from WhatsApp and Facebook. I went through them, and responded to some. There were some email alerts too, that I had to attend to. There were also alerts from some news apps. I had to read them, to keep myself updated and avoid being called an ignoramus in social meetings.

I was totally engrossed. When I looked at the clock, it was 2 am. I had been 'busy' for five hours, and must have watched at least 50 videos, and read over 30 articles. I pulled myself from this 'gatherer' exercise and headed for bed, fully aware that my day was going to be spoilt because of lack of sleep.

My feeling after this web-travel

My body ached and I felt a bit dehydrated. The five-hour torture bothered me the whole of next day. What was the use of the information that I was collecting? I was never going to be an IAS officer. The keywords, from all the readings, printed on my brain looked something like this:

Didn't I already know all this? Hasn't this been told to me umpteen times by parents, teachers, bosses, and my spouse? Was it because I didn't know what to do with the time at hand? That was worse. Why did I have to waste time for something that was not what I was supposed to spend time on?

In spite of this internal conversation, I was pretty sure I was going to repeat this pattern again and again. I had to find a way out to fight the feeling of guilt. I had to find a way to convert this habit into something fruitful. How about creating an activity sandwich? How about inserting a slice of an activity between another activity that I have been postponing all the time? Let me call this positive slice as a nano-Kaizen activity.

The rules of my nano-Kaizens were simple:

This is how my new journey was the next day. I put a timer of 10 minutes before I started my ‘knowledge nibbling’. As soon as the timer went off, I stopped reading, got up to do some activity for one minute. My first nano-Kaizen was doing crunches for a minute. I could do 10 crunches.

As soon as I finished, I went back to my next 10-minute-block of web-surfing. When the timer went off, I again did 10 crunches. I repeated this for a third time too.

I had never done 30 crunches in a day ever. So even though what I was reading was nothing great, these 30 crunches were a milestone in my life. Now I was sure, whether I gained knowledge or not, this surfing was going to build my six-packs pretty soon!

After this, I stopped at the next decision box - either I had to stop reading any further to avoid the pain of the next set of crunches, or find some other nano-Kaizen. I let my imagination run and identified many nano-Kaizens – some listed here.

I found dusting furniture was a good nano-Kaizen target. It was a small contribution to my home that I always avoided under the pretext that I was not cut out for such tasks. But now I was excited to do it. I completed the dusting in three sets of nano-Kaizens.

My better half was awestruck by my gesture. Cleaning a drawer was one more nano-Kaizen.

I found I could do many Indian breathing exercises as part of my nano-Kaizen. These nano-Kaizens opened up new possibilities for me to be an acclaimed Guru in the not too distant future. Some yoga postures got my attention, and I added them to my list of nano-Kaizens.

It was amazing that I was doing so many things by sandwiching nano-Kaizens in between my web-surfing. You won’t believe I but my stance on what to read changed. I started evaluating the value of every reading to check if it was worth the effort.

With this nano-Kaizen rule in place, my guilt of reading random things vanished altogether.

Are you with me on this journey?