'My struggle was internal,' says Pankaj Tripathi, the multifaceted actor 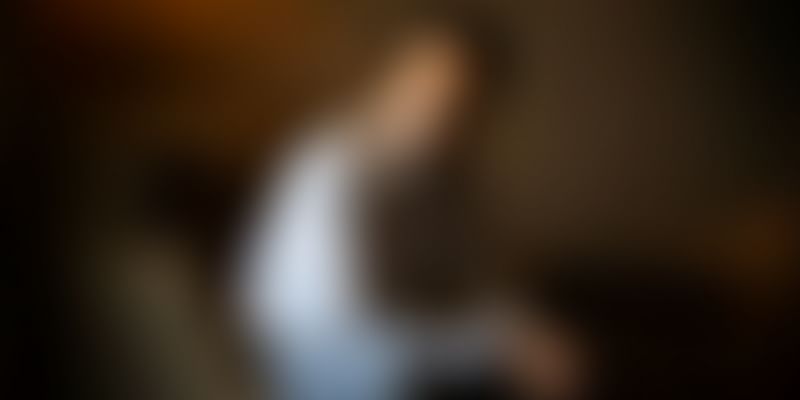 Coming from a family of farmers in Bihar, Pankaj has made his own place in the Hindi film industry. Since his struggling days, he has never stopped working on his craft.

Whether it was the role of a murderous butcher in Gangs of Wasseypur or the simple school principal in Nil Battey Sannata, Pankaj Tripathi made us believe that he owned the character every time. The actor was last seen in Amit Masurkar’s Newton, as an arrogant, compromised CRPF commandant Aatma Singh.

“It seems that the characters I have portrayed were written especially for me,” says the 40-year-old actor. Coming from a family of farmers in Gopalganj district of Bihar, Pankaj has made his own place in the Hindi film industry. Speaking to YourStory, Pankaj emphasises that he has never stopped working on his craft since the day he took up acting. He has worked hard to earn each one of his audience and even the critics.

Beginning his career as a theatre actor, the National School of Drama (NSD) alumnus struggled to break the stereotype of a conventional hero. Recalling his early days in his village Belsand, the actor remarks,

“I studied in a natural environment where there was no pollution. Until class V, I studied under a tree as there was no school infrastructure. My village did not have electricity then.”

Moreover, it was in his village that Pankaj was introduced to theatre. He talks about an annual natak of the chhath puja where he began performing at the age of 13. It was only until Class X that Pankaj stayed in his village. His father wanted him to become a doctor, so Pankaj set off for Patna.

From prison to NSD

“It was only after I came to Patna I learned to speak Hindi. My mother tongue is Bhojpuri. I could read Hindi but I couldn't speak in Hindi,” says Pankaj.

As a student in Patna, Pankaj associated himself with politics and joined the students’ union. He speaks of an incident: “It was 1993, I was very active in politics and was jailed once for seven days. We had rebelled against the state which was then ruled by Lalu Prasad Yadav. We went to the Vidhan Sabha, shouted slogans against the government, and were caught and jailed.”

“My time in the jail enriched me. Aapko pata bhi nahi chalta hai ki aap anubhav se kitna sikhte hai (We remain unaware of how our experiences can shape us)."

As a political prisoner, Pankaj was allowed to use the library where he was introduced to both Hindi and Western literature. He had entered politics with a vision to do good for the society but was disillusioned soon.

“My life completely changed. The actress, Pranita Jaiswal, had a powerful monologue. Listening to that, I started to cry. That was when I realised what a powerful medium drama is. I had never experienced such a thing before in my life.”

“I took a 3 am train from my village to Patna every month. I used to bring rice, dal, and mustard oil from my village which I carried on my shoulder in a jute sack. Using these ingredients, I cooked and ate khichdi for the entire year.”

A few of his family members started asking him to take up a career other than acting. This made Pankaj take up a hotel management course at Food Craft Institute in Patna. Later, he worked as a kitchen supervisor in nightshift in Maurya Hotel, Patna.

Pankaj was rejected by National School of Drama twice. But in his third attempt, he made it to the prestigious institute. By the time he was selected, he had already acted in almost 35 plays. Reminiscing his selection in NSD, he says,

“I distinctly remember the rain falling on my tinned roof on a July noon. While I sat in my room, looking out of the window at the rain, a postman arrived in a raincoat. He came to me with a white envelope with the NSD logo. I realised that I had got through NSD this time. I started crying.”

He adds, “It was a big deal for me. I was among the 20 students from the entire country to be selected.”

He left his night shift job at the hotel. He convinced his parents that after getting a degree, he would either become a drama professor or a teacher. He speaks of his parents: “They were now a little confident that I would get a job. My father is a simple farmer and he couldn’t dream for himself what he wished for me to fulfil.”

After NSD, Pankaj returned to Patna and performed in plays to earn money. Meanwhile, he got married.

He says, “Bhanu Uday, a friend called me every day and asked me to come to Mumbai. After his many calls, I reached Mumbai with my wife, Mridula, to stay at Bhanu’s place for a month. Later we took a small room. I came to Mumbai with Rs 46,000 and within three months I had nothing left. Mridula had a BEd. She took up teaching in school. We already knew that it would be a long battle.”

By this time, Pankaj had started doing small roles. He had come a long way — from acting in his village to performing in theatre. He exerts,

“My struggle did not involve not having anything to eat or living the streets. My struggle was more internal than external.”

“I was aware of my work, my art, my capabilities, and intelligence,” he adds, “Yet, I was not given work. There were times, in the auditions, when I was asked if I could deliver two or three lines. I had just become a part of the crowd in an unknown city.”

Fear and insecurity crept in. Pankaj recalls, “I didn't know when I would get a chance or for how many years would have to wait just to showcase my art. I also didn't know what new techniques I could bring to the table.”

But this Bihari babu didn't give up for 10 years. He says,

“Even if it was for just one scene, I would give my best. Though this conflict was internal, par hum Bihari hain (I am a Bihari)."

When he felt low, he generally did two things: “I would go for a run first. I would then think of my village, my parents, and my roots. My fear, weakness, insecurities would go away. I would think of the green farms of my village. If my parents could do it, why couldn’t I?”

“Main wo sabji hoon, jo uugta hai gaon main, par bikta sehar main” (I am that vegetable which grows in the village but sells in the cities).

Finally, in 2012, Pankaj made a mark in Anurag Kashyap’s Gangs Wasseypur. He says, “I was doing small roles till then. It was Mukesh Chabbra who auditioned me and Anurag offered me the role. The character of Sultan gave me a new identity.”

With significant roles in various TV shows such as Powder, Pankaj has always impressed the audience. He has entered the league of actors who are reliable when it comes to delivering a powerful performance. He balances his love for his craft with a few commercial film roles.

While we are excited to see him with superstar Rajinikanth in Kaala, a Tamil movie, scheduled for 2018, we wish him all the best for Newton, which has been nominated for the Academy Award in the best foreign film category.