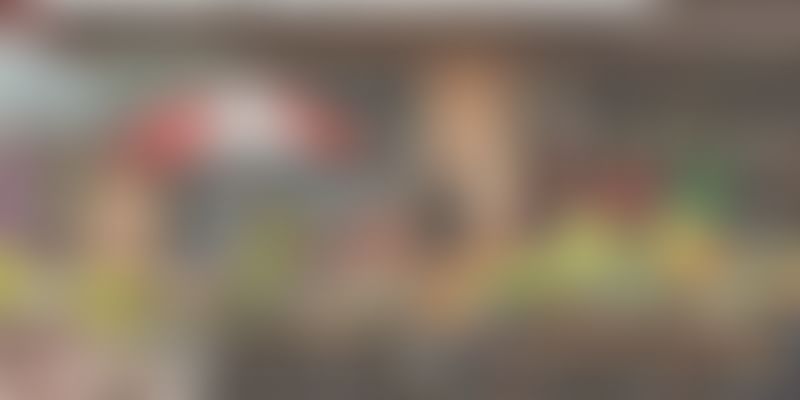 A year on, demonetisation is a memory, as most small vendors prefer cash and insist digital payments are not for them.

On November 8, 2016, demonetisation as a term entered our everyday conversation.

In the days that followed, serpentine queues outside banks saw Indians first depositing their old Rs 500 and Rs 1000 denomination notes in banks, and later waiting to withdraw shiny new notes of Rs 2000 and Rs 500 from ATMs.

A year later, we explore if the markets in Bengaluru have moved to cashless transactions. Hailing an autorickshaw, we decided to take an on-ground survey of the neighbourhood Thippasandra market.

In the 15 minute-auto ride, we asked our driver if he used mobile wallets.

“I used Paytm for the few months during demonetisation, but now there is no use of Paytm. People generally use cash as it is quicker and more convenient.”

Needless to say, we had to exchange a crisp pink Rs 2000 note for change to pay our auto driver Rs 60.

In our hour-long walk around the market, we came upon many things that opened our eyes to a few ground realities.

Why do I need digital payment?

Along the narrow lanes, we met Vennila, a middle-aged woman selling peanuts on a cart. Hailing from Chennai, Vennila has been in Bengaluru for a year now.

“What is the use of a card machine for me, my daily wage is around Rs 100. All the more, I’m not educated and I don't know how to operate any of these machines or Paytm. I have a bank account for the last five years.”

Just across from Vennila’s cart is Chinese fast food joint ‘Refresh’, which has a Paytm logo. Excited, we asked owner Anwar how his digital transactions were going.

“We put Paytm two months ago. But transactions are by the phone number, not bar code.”

We moved to flower vendor, Ponni. She has been in the city for the last 40 years, while her family is from Salem. She spoke about business during demonetisation and admitted it went down from Rs 500 a day to Rs 200. She insists she prefers cash.

“Why should a roadside vendor like me have a machine? Who will give card for flowers worth Rs 50-100, people themselves prefer cash. And you need to have at least Rs 4000-5000 to buy a good phone. I don't feel the need to buy a fancy phone. I can keep that money for my children’s education.”

Wandering around, we saw a Visa logo and a card machine with a fruit and vegetable vendor. The fruit vendor said,

“Yes, I have this card machine because I own a shop just around the corner. I took the card machine from there. There are people who come and buy fruits worth Rs 2000-3000. But, there are only a few who pay with card but the majority buy with cash.”

There were many in the market who found no need to use digital payments. The tailor sitting on the footpath next to an Axis Bank ATM said,

“Yes, my business went down for two to three months in that period. But why would people need to pay by card or Paytm. They won’t pay Rs 10 from card or Paytm.”

A year later, the sting of demonetisation is a mere memory. The issue lies in the fact that most in India still do not believe in the need for digital payments. To truly turn into a cashless economy, India needs to not only change the mindset of its grassroots vendors and customers but create a digital infrastructure that empowers them too.