Glamorous as they come, Priya Bhargava recounts her journey to the Miss Wheelchair World 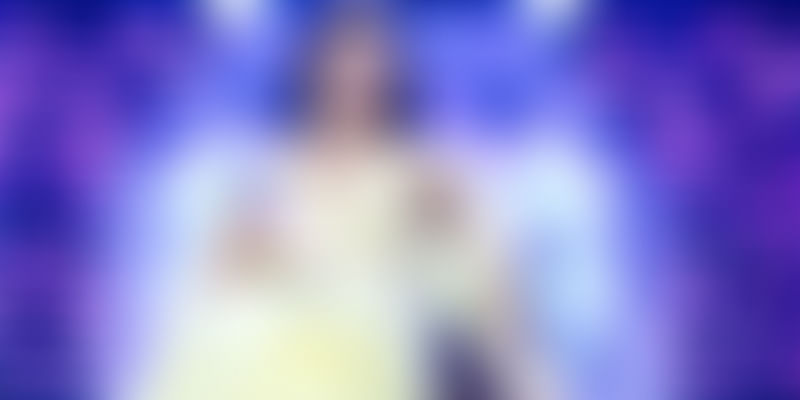 Diagnosed with lupus at 19, Priya Bhargava, always the ambitious one, decided that a wheelchair was just an accessory - and it might go darn well with a crown.

There was a time when Priya Bhargava herself thought that the term “wheelchair beauty pageant” was an oxymoron; yet, there she was, on the ramp at the Miss Wheelchair World 2017, as one of the only two Indians among the 25 finalists from across the world.

She mirthfully painted, taught, wrote and modeled her way into believing that one’s selfworth cannot be tied to a single occurrence in their life. This spectacular journey that took her from self-doubt to self-love, ended up at a global stage.

She may not have brought home the crown, but the contest - held in Poland between September 29 and October 7 - gave her a confidence like never before. Now, back from a hectic but life-altering fortnight in Poland, she is brimming with stories, rife with experiences, and most importantly, radiant in her conviction that that the one who rocks the chair rules the ramp!

Preparing herself for the pageant, and even deciding to participate, coincides with Noida-based Priya’s inward journey. A painter, writer, and teacher by profession, Priya’s health did not permit her to hold a regular job as she needs 10-12 hours of rest due to the condition she suffers from - a rare, incurable autoimmune disease called SLE (Systemic lupus Erythematosus), commonly known as lupus. Born normal to an army officer and a Kendriya Vidyalaya teacher, she was diagnosed with this condition when she was 19.

At first, she did not give it a serious thought because she wanted to focus on her education. Priya did finish her masters in computer applications in June 2014, but 2015 brought in a lull. Impulsively, she sent her pictures and profile to Sounak Banerjee, who had started the pageant in 2013. He called her right back, encouraging her to participate. “He interviewed me and asked me to send more glamourous pictures next. That threw me off because I was also among those who thought that beauty, glamour and disability cannot go hand in hand,” she recalls.

“I was going to make an excuse and stop following up, but before I could email them, Professor Prabhat called to congratulate me and tell me I had made it to the top seven! I was shocked instead of happy, and got scolded for running from this wonderful opportunity. So, I decided to participate after all,” she narrates.

Reconciling with her ideas of beauty and self-worth did not come easy to Priya as she developed lupus at 19. “I was in the first year of physiotherapy, but with a year of the diagnosis, due to complications, I was bed-ridden. And even when that dormant phase finally ended, I was told that I will have to use a wheelchair,” she recalls. She had to drop out of her course.

Acquiring a disability at an age when youngsters embark on careers and lives, the fear of missing out even sent Priya into clinical depression. However, timely diagnosis, proper medication, not to mention staying engaged in hobbies and support from loved ones helped her recover in three months.

The worst, however, was not over. Priya was bedridden during the second course she signed up for - a diploma in nutrition and health education. She was administered strong medicine which led to severe skin infections that took several surgeries, and blood, plasma, platelet transfusions to cure. “I faced death thrice, and had to discontinue my degree course. Due to severity of my condition, I was shifted to the army's biggest hospital, R & R. From blood cancer to septicemia, I was diagnosed with all of this time after time. There was no hope left in me for a good life,” she recalls.

With difficulty, but stronger grit, she resumed her education and completed her graduation and post-graduation in computer applications, funding her education by conducting tuitions and selling paintings.

She may have had a newfound zest for life, but the journey wasn’t devoid of all the negative emotions that had made themselves at home in her idle mind not so long ago. “I had bouts of mood swings, sinusitis, disease used to get active due to exertion and many more. But I believe when you want to accomplish something, you can cross anything and everything in your way,” she says.

Priya started preparing for the pageant by working on her ‘weaknesses and flaws’ as she puts it. “I learnt makeup through YouTube, practiced speaking in front of the mirror, and worked on my weight,” she says. She won MWI in December 2015, and according to her, her life had started changing with media attention, and the trip she won to the US in 2016. In the US she learned about Miss Wheelchair World when the pageant team approached her for a promotional video. Priya also kept herself busy by engaging with her many followers on Quora.

This exercise did not go in vain - her writing was discovered not only by the editor-in chief of New York-based Popularium, but also lauded by online magazine thecompletewomen.in, to whom she had given an interview.

Both publications offered her writing assignments and Priya went on to co-author a book called "Holding My Tears".

In June this year, Priya was told she would represent India at Miss Wheelchair World and August 2017, she was honoured by the Government of India, in association with Women Entrepreneur Association, with the "Naari Pratibha Puraskar”.

“People see women as weak. And when it comes to differently-abled women, people start thinking we have mental retardation too. They size up our legs, feet, toes and then hands and further face to find flaws in our body. My hospital visits have had so any weird encounters- people racing for the elevator even after seeing the wheelchair, dirty or defunct washrooms for disabled, or none at all,” she says.

“I believe this situation will not change until the government makes our country accessible and inclusive - and doles out strict punishments and penalties who pass comments against the differently abled.”

In her journey, physical pain aside, Priya has also had to encounter many a careless and ignorant relatives who asked her to seek God’s forgiveness or gave her the bad karma sermon. To them, she says, “I am not suffering, I am independent, earning and saving too!”