How the Haryana government is pumping water the solar way 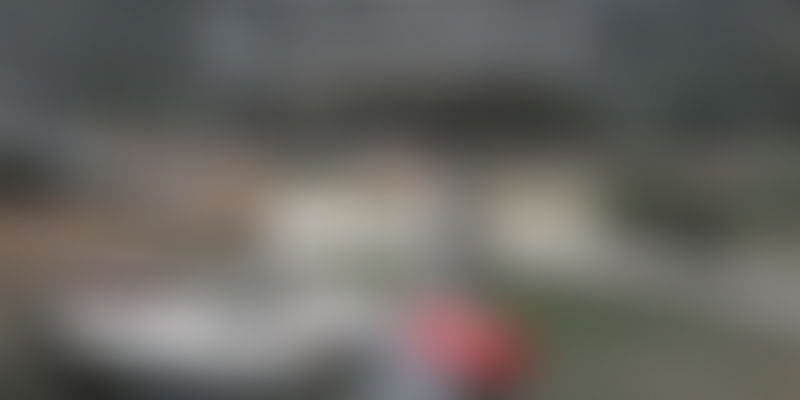 What will it take for the Haryana government to switch seven lakh groundwater pumps to solar-powered options so it can lower its energy footprint and contain losses in the energy sector?

Haryana's agriculture sector uses seven lakh tubewells, most of which are connected to the grid as the state has a policy of providing highly subsidised electricity to farmers costing Rs 6,200 crore a year. As a result, groundwater exploitation is rampant. Per data by the groundwater department, most districts here have witnessed a critical fall in their groundwater table of 7.29 m, on average, between 2000 and 2012. This has affected the agricultural productivity and area under crop during low-rainfall years. It has also increased the state's energy footprint as farmers are forced to use higher-capacity pumps to pump out water.

Since conventional energy sources like thermal energy supplied by the grid are known to emit greenhouse gases leading to climate change, it is but natural that the state is considering shifting its farmers to renewable energy options like solar pumps. However, Haryana’s attempt to promote this cleaner technology hasn't taken off as well as one would expect. Why?

The Government of Haryana has tried to adopt renewable sources of energy in the irrigation sector to handle the problem of defaulting on electricity bills as well as line-losses, which amounted to a whopping Rs 29,362 crore in 2014–15. The state government wants to generate 2,000 MW of solar energy by 2020. Towards that, a scheme which will provide a subsidy of about Rs 20,000 per kilowatt to farmers is in the offing. A tender process is underway to generate 150 MW solar power and discussions have begun with central government corporations.

While this recent development shows promise, the state government’s attempt so far has been marred by faulty policy and flawed implementation not suited to the conditions in Haryana.

“Until just four years ago, under the Jawaharlal Nehru National Solar Mission, Haryana had a policy under which farmers were given generous incentives for solar pumps for tubewells,” says Banwari Lal, Project Officer, Haryana Renewable Energy Development Agency (HAREDA), Rewari. However, a rollback of some of the incentives took place in 2012 and only 60 percent subsidy is available right now, making the last four years a total washout for the solar water pump sector. “Policy uncertainty led to fall in investments in the sector on the one hand while lack of affordability led to poorer uptake of the solar water systems by the farmers,” Lal says. A long-term policy perspective is the key to upscaling the programme.

Lal, who hails from Rajasthan, is all praise for the way a similar situation was handled there. The 86 percent subsidy on pumps by its horticulture department tied to the adoption of drip irrigation and construction of farm ponds (diggis) — though hard to implement — is a far better way to incentivise farmers. The construction of the water storage or farm pond replaces the use of battery, bringing down the costs. No wonder the state today has the biggest state solar-pump programme in India.

Costs are a big hurdle

Because of good connectivity to the grid, farmers in Haryana use electric and not diesel pumps since the former are cheaper. The running costs of diesel pumps are higher as a three horsepower (HP) pump consumes a litre of diesel an hour. Cheap electricity available through the grid leaves the farmer not much of an incentive to shift from electric to solar-powered pumps. “Extending the use of solar pump whose capital costs remain high would require better incentives, faster disbursement of subsidy, and promotion of appropriate capacity pumps of at least 7 HP given the falling water tables,” says Ravinder Kumar, Technical Assistant, HAREDA, Gurgaon as he goes through a long-pending list of farm connections for solar pumps. “The state should also finance the cost of batteries for power backup, which it is not doing presently,” he says.

Moreover, in Haryana, the peak irrigation period for the rabi crop is marked by cloud and fog cover, both of which restrict the use of solar pumps. “Instead of promoting solar pumps individually, the government could promote dual systems, where electric or diesel power is used to supplement irrigation. This synergy between various sources of energy would lend some reliability to the system,” says Rameshwar Singh, Project Officer, HAREDA, Gurgaon.

Difficulty in gaining ground where electricity and diesel are cheaper

A 4.6 HP pump priced at around Rs 5.5 lakh costs the farmer about Rs 2.2 lakh with 60 percent subsidy offered by the Haryana government. “This is way below the subsidy provided in neighbouring Rajasthan which offers over 85 percent,” Kumar says. As per Tata BP, a manufacturer of solar water pumps, the subsidy offered will “in the long run save money because they eliminate $6 billion in annual farm diesel and electricity subsidies.” Besides, the annual recurring costs are negligible while that for a diesel pump can go up to Rs 70,000.

“The problem is that even after subsidy, the amount the beneficiary has to pay for a solar pump is pretty high,” says a farmer (name withheld), who had to default on his loan because his income through solar pumps wasn't enough. He feels that the programme is meant for ‘progressive’ farmers growing cash crops.

“The empanelled companies have been providing sub-standard quality solar equipment, especially panels, to the farmers. The Ministry of New and Renewable Energy should do a far more rigorous testing of these products sent by the empanelled companies before approving them,” the farmer says. HAREDA officials say that the problem lies in the pump capacities that the government is offering as of now. The water tables are low, and farmers need higher-capacity pumps for adequate water discharges. “The 4.6 and 6 HP solar water pumps on offer are more suited for drinking and domestic water supply as compared to irrigation,” says Ravinder Kumar.

“HAREDA in collaboration with NABARD and entrepreneurs is working out financing mechanisms to promote solar pumps, especially given that the technology is costly,” says Kuldeep Singh, Assistant Project Officer, HAREDA, Gurgaon. Manufacturers note that the sector needs greater incentives and simplified processes. Lalit Balani of Jain Irrigation Systems, a Rs 6,000-crore company which is an empanelled company of HAREDA, says, “The scheme by NABARD for solar water pumps needs to be popularised amongst farmers and even banks, who often do not seem to be aware of it."

As per the NABARD scheme, farmers foot 20 percent of the cost while the loan is available for 80 percent from nationalised banks. Of this, 40 percent is a subsidy from NABARD. Balani notes that the “funding has to be smooth enough for banks to be ready to finance the scheme. The process of release of central and state share of subsidy through HAREDA to the empanelled company needs to be simpler.”

With so many challenges faced by all the players, the government needs to mull over different methods by which the farmers can be weaned from power lines and diesel to cleaner energy.

Disclaimer: This article, authored by Amita Bhaduri, was first published on India Water Portal. The views expressed by the author are her own and do not necessarily reflect those of YourStory’s