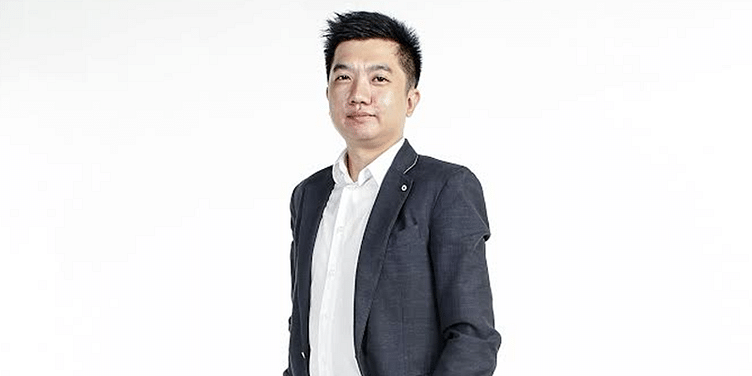 E-commerce major Tokopedia uses simple solutions to overcome challenges in a country spread over 17000 islands where a majority of the population is unbanked.

Indonesia presents a challenge - only 8.5 percent of its population has access to banking services, and geographically, it is spread over 17,000 islands. Given this, one would hardly imagine it to be home to a major e-commerce company that does not offer Cash-on-Delivery. Only, it is.

Pile on a policy of no direct discounts and any logical businessman would further say it is a recipe for failure. Tokopedia is anything but.

During my recent visit to Jakarta as a Startup AsiaBerlin delegate, I explored the incredible story of Indonesian e-commerce major Tokopedia. Funded by Sequoia Capital, SoftBank and Alibaba, the company is a story that fairytales are made of, only this is very real.

Tokopedia Founder and CEO William Tanuwijaya hails from the small town of Pematangsiantar and comes from humble beginnings. Growing up, Tanuwijaya had limited access to books, which drove him to build a business that would democratise commerce through technology and empower Indonesians across the 17,000-plus islands that make up the country.

“Our ultimate vision is to build an ecosystem where anyone can start and discover anything. So, if you come on to our platform right now, we have an assortment of products and services that you can find,” said Randall Aluwi, Head of Corporate Finance at Tokopedia.

The marketplace currently has a network of over two million merchants, with the highest number based in the island of Java, which houses over half the country’s population. However, Tokopedia is aggressively spreading its merchant network footprint far and wide, and is present from Sumatra to as far as Papua New Guinea.

Founded eight years ago as a C2C platform due to the lack of capital, it raised funding of $100 million from Sequoia Capital and SoftBank only in 2014, which accelerated growth. Two months ago, the company completed another round of funding from Alibaba, and some other existing investors.

Indonesia is one of the most diverse countries in the world, home to over 300 ethnic groups, varying in their lifestyles from hunter-gatherer tribes to modern-day city dwellers.

With this kind of diversity comes a broad mix of cultures, languages, religions, traditions and histories. What this translates to for an e-commerce company, are challenges in understanding and catering to the interests of this diverse mix.

Unlike the relative homogeneity of say, the US for Amazon, Indonesia is a very different ball game for any marketer. For one, consider the physical challenges posed by a business spread across thousands of islands, and the overriding importance of localising.

The defining DNA for Tokopedia is its ability to understand the local context and infuse that with a strong consumer-focused mindset. To reach the farthest of the islands, Tokopedia has partnered with around 15 third-party logistics providers, helping them service different regions of Indonesia.

“There are some service providers who serve Sumatra really well, and some service other parts and we are able to optimise for customers really well. Indonesia comprises of 17,000 plus islands, so with that you have various modes of transportation, you have motorcycles, you have trucks, you have planes, it’s a whole different ball game,” said Randall.

Logistics providers solve only one part of the delivery puzzle. Having decided against offering Cash on Delivery due to the high costs associated with returned products, Tokopedia has instead tied up with local shops (the equivalent of kirana stores here) and post offices. This has helped the company work around the challenge of collecting payments from the massive 91.5 percent unbanked population of the country.

“Even though you do not have actual bank accounts you can still purchase on our platform. So, if you make a purchase and you want to pay by cash, then our platform will tell you the closest cash collection point where you actually pay and then the order will be processed,” Randall said, adding that this unique workaround allows a merchant in Jakarta to sell a product to a customer based on a remote island.

Delivery and payments are just some cogs in the e-commerce wheel. For any marketplace to be successful, there has to be a coming together of buyers and sellers.

As of today, Tokopedia has over 2 million merchants on its platform. This large base has been made possible by the simplification of the process through which merchants can sell on the Tokopedia marketplace. A 2-minute process gives them access to over 35 million monthly visitors from across Indonesia. These two million merchants offer over 60 million products to consumers on Tokopedia, which speaks of the expansiveness of the product selection.

One-stop shop for the unbanked

If the diversity of its largely-unbanked population, and the geographical breath of the country are challenges, then the country’s burgeoning Internet user base is where Tokopedia’s opportunity lies.

Of its 260 million population, Indonesia boasts of 100 million internet users, representing over 38 percent. Smartphone adoption is on the rise beyond the island of Java in Tier II, III and IV towns, where the next stage of growth is expected.

Tokopedia’s growth strategy is tied to this anticipated rise in technology adoption, but the vision that the company is steering to goes way beyond the usual confines of a marketplace. It sees itself being much more than just a marketplace to every Indonesian, unleashing a wave of financial inclusion in the process.

“The unbanked is the large market opportunity. So, we are trying to tackle that through our digital wallets, we are also developing lending, borrowing, and so forth. This is a very nascent stage but presents a huge runway in terms of future potential growth,” said Randall.

The company expanded into a B2C offering from only C2C, selling products from brands like Unilever and Procter & Gamble on its platform. The Tokopedia platform also enables customers to buy train tickets, and book Uber cabs as a one stop shop, which is currently available only for Android users. The booking option also presents the platform the opportunity to expand into the travel domain.

Tokopedia looks to remain a neutral party in the finance space so that its range of possible partnerships is not limited. It has expanded into both, personal and consumer loans for buyers, and one can buy credit cards through the platform making it a multi-channel financial institute and a bridge to other banks and fintech partners.

In March 2017, Tokopedia also launched its digital wallet, Tokocash, which saw explosive growth and boasts of over 4 million users today.

“So, all this ties into creating a one-stop shop for our platform. So, people can come on to our platform to buy, to pay for services, apply for financial needs and so forth,” Randall said.

Tokopedia as the technology evangelist

As a developing economy making large strides in the new millennium, Indonesia joins other success stories in the region. Yet, significant parts of the country are underdeveloped, as evident from data on financial inclusion. Tokopedia realises its vision to become a one-stop shop for all Indonesians cannot become reality until the entire ecosystem is developed, and this begins with raising awareness.

The company has partnered with the Indonesian Government on initiatives and partnerships to bring awareness to Tier II and III cities.

Tokopedia has taken to online social marketing, and uses unique offline channels to market as well. Indigenous techniques like using carts to go around small towns to teach people how to sell on Tokopedia can enable Tier II and III populations to get on the platform, either as merchants or as consumers.

Being a technology-led platform, Tokopedia, while resorting to traditional methods of consumer engagement, is not shy in going the other way and embracing data to tailor its feed to individual consumers. After all, 80% of its consumer base logs in to the platform with smartphones and this cohort is open to feed that includes ads and value-added services.

To discount or not?

Perhaps this mindshare helps in the bold decision not to offer direct discounts.

“If you look at some of the other platforms, you see 90% off, 99% off, that isn't really truly accurate, right? We want sustainable customer behaviour. We do not think it is right to give direct discounts and misrepresent prices,” said Randall.

It also helps that Tokopedia now has investors with deep pockets who have bet big on the company – one of whom is China’s Alibaba. The parallels between William Tanuwijaya and Alibaba’s founder Jack Ma aren’t completely unfounded.

Time will tell whether the Indonesian Jack Ma will write a story as successful. Going by his record, he seems to be well on track.