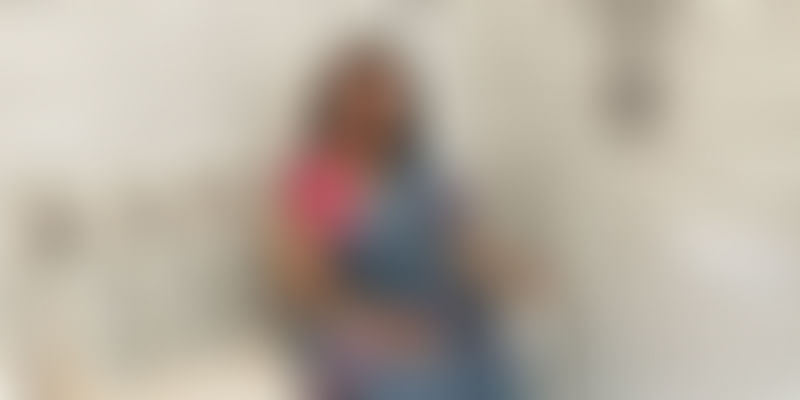 Masooma Rizvi has an innate talent for imbuing the spaces she designs with a soul.

Masooma Rizvi describes herself with the statement, “Call it karma or destiny, I believe I was born to beautify spaces.”

With over two decades of experience in interior design, museology, and art curation, Masooma established her own firm in Delhi — Belita Design Solutions — in 2004.

From redesigning the Rashtrapati Bhavan at the behest of former president Pratibha Patil to bringing to life iconic buildings like the Manekshaw Centre and Pravasi Bharatiya Kendra, Masooma has a string of accomplishments to her name. Being an army wife with an exceptional career, she has also received awards for excellence from the Army Wives Welfare Association. Union Minister for External Affairs, Sushma Swaraj, singled her out in her speech during the inauguration of the Pravasi Bharatiya Kendra in New Delhi.

This architect has completed her master’s in conservation and is currently pursuing her PhD in the same field so as to be fully qualified for the delicate job of renovating heritage buildings and structures.

Though she hails from Andhra’s East Godavari, Masooma’s childhood was split between India and the USA. She travelled across the country with her parents and developed a deep appreciation of India’s culture. At 19, when she got married to an army officer, it meant yet more travel.

From her childhood, Masooma loved decorating and would spend a lot of time decking up dollhouses. As she grew up, she studied architecture and learnt to incorporate aesthetic as well as cultural elements into design without compromising on functionality.

Home is where the heart is

I believe there has been such a proliferation of mental health issues because our surroundings are no longer soothing. If we have a peaceful environment at home and work, with pleasing colours and aesthetics, it is sure to contribute to a feeling of wellbeing.

She is quick to add that a beautiful ambience does not need an exorbitant budget. Thoughtful design helps create beautiful interiors on a shoestring budget, what she describes as a five-star look on a two-star budget.

Masooma, 49, believes that the decor has to vibe with the people using the space. If it is a home, she meets the family and spends a couple of hours talking to them before getting on the drawing board. Even when it comes to a commercial building, the design should bring out its soul. When you walk into some spaces, though the furniture and fixtures are high-quality pieces, they seem empty and uninviting because they are generic and lack souls. Masooma says, “Every area, even commercial and public buildings, should be calibrated to cater to the users. Also, beauty should intermingle with day-to-day comforts and form must always follow function.”

Every space is a challenge and the joy that comes from changing a dull government building to something vibrant is unmatched. Masooma works on the principle that life is not static — it is a mosaic and so interior décor should take after it.

Her work at the Manekshaw Centre occupies pride of place in Masooma’s heart. She designed it to showcase the range and diversity of our country but also included odes to the military like the four pillars symbolising the four wars that the Indian Armed Forces have won.

Delhi’s Pravasi Bharatiya Kendra was converted into a living museum by Masooma’s team. The walls and corridors of the building come alive and form a narrative for those who live abroad but want to find their roots here. For instance, a two-tonne boat installed at the centre, made of bronze, with four men and a woman, symbolises the first-ever journey Indians made to a foreign land, as indentured labourers to places like Fiji and Guyana.

When Masooma took up the Rashtrapati Bhavan project, she was aware that the design should be about more than just the incumbent president. She, therefore, tried to incorporate the heritage of all the presidents and the rich history of the building in all the spaces she took up — be it the dining room, grey room or silver room.

An interesting project she remembers is one she took up way back in 1996 when her husband was posted in Punjab’s Ferozepur. Her clients insisted on a bright neon pink for the entire house. She did not want to take it up since the end result would be gaudy and unappealing. Mulling over it through a sleepless night, Masooma managed to find a way out. She got the walls painted pink and the entire furniture a stark white, offset by a few accent pieces in a dull, muted grey. As the pink did not look overpowering, the whole look was beautiful and highly aesthetic.

Masooma currently has a core team of 14, with around 80 artisans, whom she employs on a project basis. At least 40 percent of all the artisans and several of the contractors employed by Masooma are women. She says, “It is very important that successful women mentor others of their gender and help build a new generation of capable women.”

In her spare time, Masooma loves to paint with watercolours and create bronze sculptures.

She describes her husband as her biggest support and critic.

A woman is fortunate if her partner does not feel threatened by her.

Though Masooma stayed back in Delhi whenever her husband was posted to forward areas, she does not think of that separation in a negative light. She believes when there is a deep and abiding love, it is not necessary to be physically together. On the contrary, women should carve their own identities and pursue their dreams. She says, “Dreams only come true if you work to make them happen.”