When women are branded witches 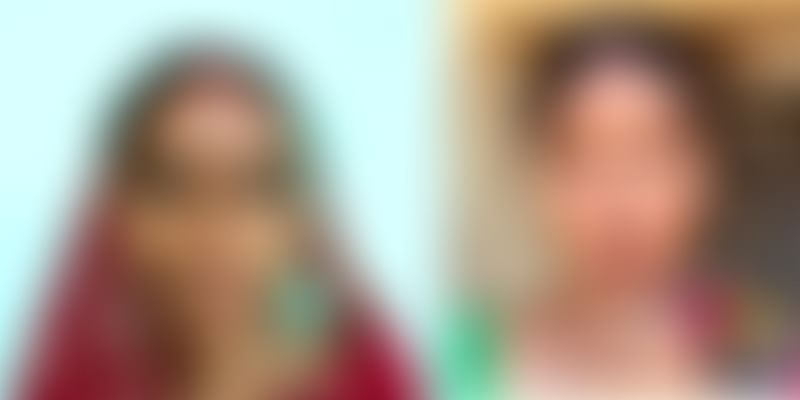 Witchcraft is a peculiar form of female victimisation leading to extreme psychological distress, social ostracism, and even murder. If a man is believed to possess supernatural powers he is revered as an ojha, while a woman is reviled as a witch.

When Pramila Prajapati hitched up her saree to reveal bloodied thighs from which the skin had been ripped off, an uncomfortable silence descended on the crowd. “If I am a witch, why can’t I protect myself?” she asked. More silence.

Before an unusually vicious beating pushed Pramila to approach the panchayat, the 40-year-old Scheduled Caste mother of two had struggled with the stigma of being labelled a dayan. She does not remember exactly when it started, but knows it was her sister-in-law, Sangeeta, (her husband’s elder brother’s wife) who labelled her so. When she asked for her husband Ram Prasad Prajapati’s support to confront the accuser, he refused.

“I had often objected to my husband spending too much time with his sister-in-law. Calling me a dayan was her revenge,” she shrugs.

Practised across 12 Indian states, witchcraft is a peculiar form of female victimisation leading to extreme psychological distress, social ostracism, and even murder. The most intense form of its flaring is witch hunting that includes public stripping and often murder. Unfortunately, murder is the only extreme on which data is available. According to the 2015 National Crimes Record Bureau report, 2,257 witchcraft murders have taken place across the country from 2000 to 2013. Alarming as these numbers are, they mask the inconceivable cruelty faced by many other women branded as witches.

As it is with a lot of women who are branded witches, Pramila was blamed for all manner of illness, tragedy and death, that often result from a lack of development, in her village of Chatar Darwa in Ulgadda panchayat (Petware block, Bokaro district, Jharkhand). The few who saw her for what she was — a defenceless woman whose husband had refused to support her so that he could carry on an illicit relationship with his sister-in-law — were too scared to challenge the belief backed by centuries of misplaced rationalism. Thus, the meagre support given to her — the occasional meals or a patient ear — was surreptitious. She was abused, heckled and beaten up by neighbours and by Sangeeta. Her husband, an iron smith who seasonally migrated for work to Odisha, intermittently sent her some money for the couple’s two children — a boy and a girl. She supplemented that with produce from the family’s small patch of land and by collecting forest produce.

While superstition fuels belief in witchcraft, in Pramila’s case the die was also cast against her by the fact that her father’s family was extremely religious. “We have a temple dedicated to Lugu baba (a local deity) at home. My sister-in-law used this information to spread word about me being bestowed with unnatural powers. She said I practised black magic and could wreak havoc,” Pramila says.

“It is a peculiarity of witchcraft that if a man is believed to possess supernatural powers he is revered as an ojha or traditional medicine man, while a woman is reviled as a witch,” explains HI Fatmi, the secretary of a Ranchi-based organisation that is tackling the issue of violence against women in the state.

For Leela Paswan, who lives hundreds of kilometres away and in a different state, the accusation was made on a far flimsier ground by her immediate neighbour Sanjay Paswan who objected to Leela and her family using the narrow pathway between the two houses in the village of Hasanchar (panchayat Mayil, block Bidipur, district Patna). “He would tie his cow and block the entrance to my home. My younger children were scared of going out,” she says. Leela’s husband, Arun Paswan, a migrant worker in the textile industry, was in Delhi when the accusations were made. He asked her to retaliate.

Leela however kept quiet hoping for the situation to settle. She says that she was not upset but very angry when people in the village started to refer to her as a witch. “No one would say it directly but would allude to the fact that others were doing so. It was hearsay but it was everywhere,” she says.

That anger came to the fore when Sanjay blamed her for his cow’s death in November 2016, claiming that an ojha had confirmed that Leela’s black magic was the cause behind it. “He ran to attack me with an axe. I picked up a stick and dared him to get the ojha who had declared me to be a witch, failing which I would report the matter”, she says.

Pramila said the same to the assembled panchayat in her village. “Prove that I am a witch or I shall go to the police,” she told the assembly.

Though both Jharkhand and Bihar have Acts for the prevention of witch hunting (the former got one in 2001, the latter in 1999), action is difficult for the victims do not seek police help.

Rambha Devi, a member of the village Jagruk Samiti (women’s pressure group) in Pramila’s village, explains that even those who work on the issue of violence are scared to take immediate action. “I had observed the situation for some time but had hesitated to act. It is difficult to take the matter up at the very first hint of trouble. However, when the level of violence became unacceptable, I knew something had to be done,” she says.

Though middle-aged women in vulnerable conditions like Pramila are most susceptible to being branded witches, as Leela’s example proves, the support of a husband/family does little to alleviate the condition. Being labelled a witch by those in close kinship or with neighbourhood ties is common as the accusations of those in proximity to a woman are most credible.

In both the cases, though the threat of police intervention brought down the level of violence, the taint of being called a witch never washed away.

Changing perceptions towards women and supernatural beliefs while promoting critical thinking are crucial to ensuring that no more Pramilas and Leelas are branded witches.