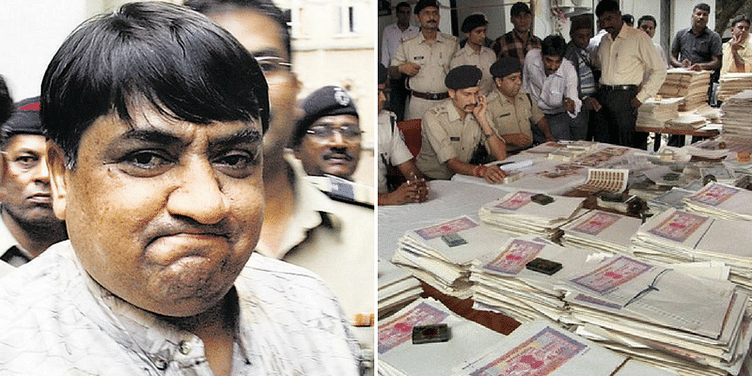 A study by a Berlin-based NGO pegs India as the most corrupt nation in the Asia-Pacific region. These eight scams show why we have the poor rating.

According to International Monetary Fund (IMF), the world wastes up to $2 trillion in corruption. That is a significant number: two percent of the world’s GDP. With a pressing need to end corruption and foster harmony and stronger ties globally, the United Nations observed International Anti-Corruption Day on December 9. The central theme was 'United against corruption for development, peace and security’.

India is ‘Most Corrupt Country in Asia-Pacific Region’, according to a recent study by Transparency International, a Berlin-based NGO working against corruption. Seven out of 10 people in India, the study stated, had to pay a bribe to access public services.

Measures to tackle corruption and curb the growing menace of black money has dominated the national discourse over the past years. Various policies and legislations, including the implementation of Goods and Services Tax and the demonetisation of high-value currencies were some of the steps taken by the Central government in a bid to make India corruption-free.

As the world recently observed International Anti-Corruption Day, and countries across the world reaffirmed their resolve to end corruption, let’s take a look at some of the biggest scams that startled India.

Belonging to a politically connected family with both his parents holding government portfolios, Abhishek was exposed to the media and public life since his childhood days. He was even named as the youngest billionaire at the age of 28 in 1997.

With a wide range of business associations, including BSNL, multinational FMCG brands, and even construction of an international airport, he was known as the ‘Lord of War’ in the international defence and armament company circles.

In 2006, Abhishek was accused of receiving kickbacks of approximately $200 million, through a $4-5 billion Indian military deal involving the Indian government’s purchase of six Scorpène-class submarines. Further, in 2012, the CBI raided his residence and establishments after registration of multiple cases of corruption and money laundering against him and his wife. He was arrested in 2012.

He was also named as a suspect in the 2013 AgustaWestland VVIP helicopters bribery scandal, where it was alleged that leaders in Indian government revived bribe exceeding €50 million.

In April 2017, a special CBI court acquitted the couple of the charges.

Pegged to be possibly the biggest land scam in the country till date, the Karnataka Wakf Board land scam involves the alleged misappropriation of land allocation worth Rs 2,000 billion.

In 2012, the Karnataka State Minorities Commission submitted a report alleging that 27,000 acre of land controlled by the Karnataka Wakf Board had either been embezzled or allocated illegally. The said property was supposed to be donated to the underprivileged and poor through the Muslim charitable trust.

Anwar Manippady, Chairman of the Karnataka State Minorities Commission, said that over 50 percent of the land has been misappropriated by politicians and board members. This was supposedly done in collusion with the real estate mafia for a fraction of its market value under the watch of the Karnataka Wakf Board.

This scam seems to be straight out of a Hollywood movie. In 2002, Abdul Karim Telgi was charged for counterfeiting stamp paper in India.

He appointed 350 fake agents to sell stamp papers to banks, insurance companies, and stock brokerage firms. The scam spread across 12 States and the amount involved was pegged at Rs 200 billion.

The investigation revealed that Telgi enjoyed support from various government departments that were involved in the production and sale of high-security stamps. In January 2006, Telgi and several associates were sentenced to 30 years rigorous imprisonment.

September 2012 unearthed a scam that involved bureaucrats, political leaders and several ministers from the ruling political party. The Comptroller and Auditor General, India’s audit watchdog, reported inefficient and possibly illegal allocation of coal blocks between 2004 and 2009.

While initially the loss to the exchequer was pegged at Rs 10.7 lakh crore, the final report stated that the scam amounted to Rs 1.86 lakh crore.

Essentially, the Government of India followed a system of competitive bidding to allocate coal blocks. However, CAG’s investigation revealed that the government followed another route that was “opaque and subjective”.

As a result, CAG noted that both the private and public sector enterprises paid less, resulting in loss revenue for the government.

This scam surfaced when it was revealed that the government, in 2008, had undercharged mobile telephone companies for frequency allocation licences. These licences are used to create 2G spectrum subscriptions for cell phones.

The Comptroller and Auditor General of India stated that “the difference between the money collected and that mandated to be collected was Rs 1.76 trillion”.

In February 2012, the Supreme Court of India declared the allotment of spectrum as “unconstitutional and arbitrary” and cancelled the 122 licences issued in 2008 under A. Raja, then Minister of Communications and IT.

A posh 31-storey building located in Colaba, Mumbai, was constructed for the welfare of war widows and personnel of Defence ministry. In 2011, the Comptroller and Auditor General of India observed that over a period 10 years the society flouted various Environment ministry rules. It was noted that politicians, bureaucrats and military officers bent several rules concerning land ownership, zoning, and floor-space index.

It was also alleged that members allocated flats to themselves in the cooperative society below market rates. In 2011, the Comptroller and Auditor General of India said,

The episode of Adarsh Co-operative Housing Society reveals how a group of select officials, placed in key posts could subvert rules and regulations in order to grab prime government land – a public property – for personal benefit.

The Commonwealth Games scam took India by storm in 2010 involving a pilferage of around Rs 70,000 crore. Since its inception, the games were tangled in a maze of corrupt deals. This included inflated contracts, criminal conspiracy, cheating, and forgery.

And in the centre of the corruption was Suresh Kalmadi, the then Pune Lok Ssabha MP. Investigation suggested that the organisng committee ran as a sort of “badmaash company,” and he was charged under the Prevention of Corruption Act.

Kalmadi allegedly awarded a Rs 141-crore contract to Swiss Timing for its timing equipment, a deal inflated by Rs 95 crore. Further, it was reported that Indian athletes were forced to stay in shabby apartments instead of the flats allotted to them by the authorities.

The case is currently under investigation.

Dubbed as ‘India’s Enron scandal’, the 2009 corporate scam shook the Indian investors and shareholders community. Ramalinga Raju, the Chairman of Satyam Computer Services, confessed that he had falsified the company's accounts, inflating the revenue and profit. The fraud involved Rs 14,000 crore.

The CBI investigated the case and Raju, along with 10 other members faced imprisonment. Tech Mahindra took over the company.