From Rs 500 in his pocket to Associate Director of a Fortune 500 company, Anand's inspiring journey 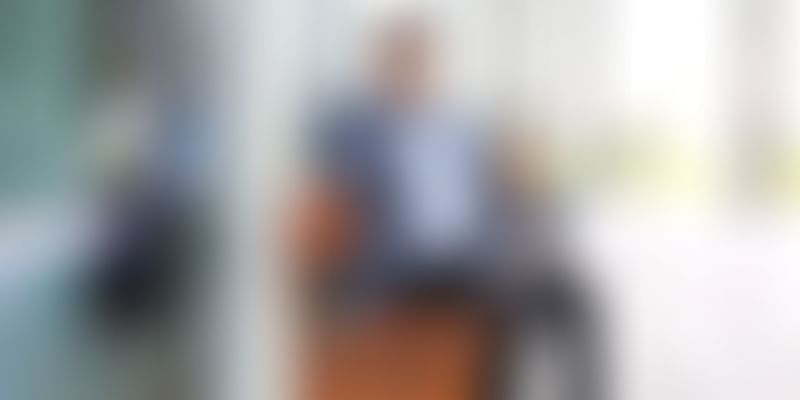 Anand Amrit Raj was born in Punjab in a family with limited means. Though he had relatives helping him and his family with money, he knew that education was the only way to live a better life. With this goal in mind, Anand studied hard and has reached the Associate Director position in a Fortune 500 company.

At the age of 14, while he was still in school, Anand started taking tuitions to supplement the family income. After completing his undergraduate course, he took a train Mumbai in search of a job.

Recalling the struggle to Humans of Bombay, he said,

"I took along a few pairs of clothes, had 500 rupees in my pocket and big dreams in my heart. I told my father that a couple of interviews were scheduled, a lie to avoid giving him any stress. I boarded a crowded unreserved class compartment from Delhi. During the entire journey I had to sit on the floor or stand in the passage but I cherish that memory, because that’s when it all changed."

Anand landed a job soon after reaching Mumbai. His first home in the city was a cramped 100 sq feet room that he shared with five others. He continued his studies while working, and hardly took a day off and could sleep just for less than five hours in a day.

It was around the same time that he met the woman he would later decide to spend his life with. Together, they sacrificed a lot so that he could build his dream home at the age of 25.

Having struggled financially in the first few decades of his life, he understands and appreciates the value of money. Apart from that, he also believes that the people you have by your side during your success matters a lot. In his words,

"Those years (of struggle) have helped shape who I am today — I value every penny and more than that understand that I'm here today, because of my education. The only way forward was to give back — which is why I pay for the education of five underprivileged children"

Anand is at present working with a Fortune 500 company - Merck & Co, one of the largest pharmaceutical companies in the world. He works as Associate Director, trying to make a difference in the lives of people not just in India but also across the globe.

At 43, this mother got an IIM degree and built her own business