Is your job really at risk of being taken over by AI? 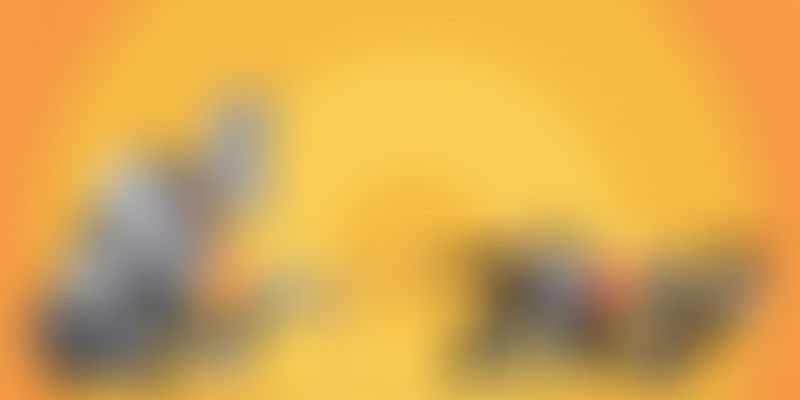 The idea of a truly self-aware Artificial Intelligence generally fills people with dread. Popular culture has been obsessed with AI overlords (The Terminator, anyone?) for ages. While murderous robots and megalomaniacal software programmes are still a long time away, the possibility of AI slowly replacing humans in many roles is increasingly becoming real.

With innovation in the space receiving much greater focus than ever before, economies are shifting to make themselves more agile and mobile to become future-ready. AI has already entered our collective consciousness, with broad implications for most major sectors. With AI-enabled cars, phones, and toys, we don’t need human intervention to predict human behaviour. We have the ability to create customized experiences for humans across the world, and with the help of AI, computers can learn by trial and error.

With major layoffs across Indian and global IT sectors, companies are under increasing pressure to deliver products that offer more for less. Even larger organizations are opting to go for startups that can scale effectively so that their employee base is not too cost-heavy. This is not only affecting low-end managers but senior executives too who are running to keep up with changes in their industries. AI is a major factor in all this evolution, given the common perception that it could soon replace humans for a variety of tasks. The “catch up game” has already begun, but not all jobs are going the AI route; we need to figure out what roles are best suited for the AI space and which ones are not.

Welcome to your algorithmic future

According to the World Bank, by 2021, some 40 percent of jobs will be lost to AI and technology in India. A staggering 70 percent of jobs in India are already under threat from automation in the coming decade or so.

While IT companies unionize and protect themselves, opinions about the impact of AI are rather sharply divided. There are plenty who fear the coming algorithmic wave. For example, Infosys ex-CEO Vishal Sikka, when talking about AI and automation in March this year, said, “If we sit still, there is absolutely no doubt that our jobs are going to be wiped out by AI. Sixty to 70 percent over the next 10 years—or maybe less than 10 years—of the jobs that we do today are going to be replaced by AI...unless we continue to evolve ourselves.”

On the other hand, there are also those who believe that increased involvement of AI will actually help create new jobs, rather than take away existing ones. In a recent interview with YourStory, Andy Jassy, CEO, Amazon Web Services, said, “Clearly, there is an opportunity and it is unfair to say AI will take away jobs. I am so glad that these repetitive tasks that we call jobs will go away. Humans can now do things that they are always meant to do, which is to learn and do higher work.”

In the manufacturing space, L&T made headlines by letting go of over 14,000 employees in one go, making it the biggest layoff in the company’s history. The industry is facing massive pressure from customers who want higher value for lesser cost. When the job of a single employee can be done in 1/10th the time, it’s obvious the manufacturing sector will take advantage of it. Here’s R Shankar Raman, CFO, L&T’s take on the matter, “The digitization and productivity enhancement initiatives taken by us boiled down to redundancies of roles.”

The word redundancy is key here, as that’s the underlying tone of AI. With our obsession with efficiency, AI is taking over processes that are commonly seen as redundant or skill-light but labour-intensive. For example, AI and automation can perform tasks such as production line assembly faster and with much higher efficiency than any human task force.

AI arguably has the potential to take over all job fields and disrupt every part of what we do. Anand Rao, PwC head of AI and Data Analytics, believes that humans and AI are learning through each other’s actions, similar to a competitive sibling who is fighting for attention. He says, “The human is still in the loop. Both humans and AI are learning, teaching each other. We will see more combination of man and machine in every sector.”

At the end of the day, it’s not an industry-wide flux that we’re in. We’re still figuring things out, and any human who sufficiently innovates in what they do should fear being replaced by AI. If you are irreplaceable as an employee, no amount of AI can take over your job role. However, there is little point in denying that change is slowly and inexorably coming.

No job, regardless of how creative it is, is safe from AI if the human element is not consistently working to improve himself/herself and their worth for that role. As technology improves, AI can read consumers’ thoughts from their micro-expressions, create increasingly human-like – and even better – art, film, and tv shows, and even perhaps take on crucial tasks like governance.

The future is now, and it’s up to humans to make sure they stay relevant in a world increasingly powered by “synthetic minds”. If we can ensure that our skills and abilities make us indispensable in the roles we perform, we can be reasonably assured that when the employer has to make a choice between a human and an algorithm, the human stands as much chance of employment as the other.