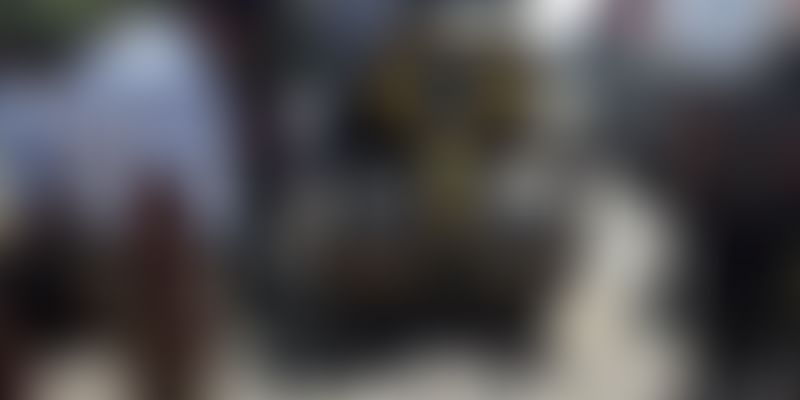 With numerous complaints from the citizens of Bengaluru with respect to the excessive noise pollution due to Royal Enfield Bullet bikes, the traffic authorities in the city, as also in Pune, Mysuru, and Kerala, have started to levy fines on the owners of these bikes.

Bikers, reportedly, are customising their bike silencers to emit louder noise. Traffic Police officials in several parts of the country are stopping such vehicles, and checking for modifications to the silencers. If found with any alterations leading to higher noise, bikers are charged under Section 190 (2) of Motor Vehicle Act.

In Bengaluru, there has been strict surveillance when it comes to Royal Enfield Bullet motorcycles, and traffic authorities have been issuing challans, and have even seized a few motorcycles. However, now, the Bengaluru Traffic Police has gone a step further and crushed these altered silencers using a road-roller, making sure the message is conveyed, loud and clear.

Last year in Pune, the city's traffic police officials carried out a three-day drive to collect penalties from Bullet riders. A Financial Express report says that on the first day of the drive, July 14, 2016, saw the police collect almost Rs 11,200, and registering 43 cases. The following day, the drive registered 88 cases, collecting a fine total of Rs 17,700. July 16 saw another 49 cases registered with fines collected amounting to Rs 7,300.

As per RTO rules, if a vehicle's silencer emits over 80 decibels, it is considered to be causing noise pollution. As per a Bangalore Mirror report, in a drive by Bengaluru RTO officials last year, 45 Royal Enfield motorcycles that sported tampered silencers were seized.

Tampering with silencers is a violation of the central Motor Vehicles Act 119 and 120, and invites a penalty of Rs 1,000 for the first offence, and Rs 2,000 for repeat offences.