This BITS alumnus has created 2,000 organic micro-entrepreneurs in Naxal-hit Dantewada 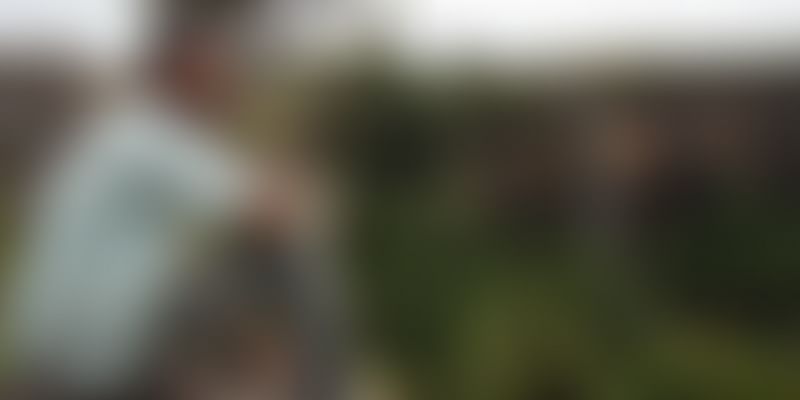 Quitting a high paying job and doing what you love is one thing while giving up a comfortable lifestyle to help the poor is something else entirely. Most millennials might see a sacrifice in it, but Akash Badave, an alumnus of BITS Pilani, is certainly not one of them.

Akash Badave was always interested in social work; he just did not know how to channelise his efforts. At the Birla Institute of Technology and Science, Pilani, Akash decided to study Electrical and Electronics Engineering, and Biology. But soon enough, after he entered college, he became a part of Nirmaan — an organisation based out of the BITS Pilani campus, and one that takes social welfare very seriously.

Thanks to Nirmaan, Akash found an opportunity to fuel his dreams, and he went to visit many villages around Pilani and worked on issues such as women empowerment, renewable energy, youth empowerment, and education. What he validates as a wonderful experience, made him think of social entrepreneurship as a career — but at that time he did not know which way to go.

After graduation, he got placed in Barclays, a 300-year-old British bank. Six months into this high paying job and Akash was already introspecting his career choice. That’s when he came across Prime Minister's Rural Development Fellow Scheme (PMRDFS) — a government initiative that was already on the lookout for highly qualified candidates to monitor development activities in Naxal-affected areas of Chhattisgarh state. After persistent attempts to convince his parents who were vehemently opposed to the idea, Akash chose to move to Dantewada.

Akash arrived in Dantewada in 2012 and met the-then district collector Om Prakash Choudhary who was already working for empowerment and development in the district, all guns blazing. Collecting the necessary insights from him, Akash started exploring the district to recognise the different problems in agriculture and farming techniques. He found that the district was rich in resources, and farmers had large amounts of traditional farming knowledge. Unfortunately, as Akash says, they had no awareness regarding how to make the best of what they had, and Akash saw himself adding value to the table exactly where it was needed.

Malaria, anaemia and malnutrition were widespread in Dantewada and children were the most affected. Akash was able to identify that the degrading quality of food caused these health problems. Right after that, he tapped into the farming sector and started educating the farmers about various organic farming techniques and practices, while focussing on the nutritional value of rice, millets, etc. He recalls,

"They weren't ready to accept the idea until it was assured that this yields cost-cutting results. We ensured they realised the cons of using fertilisers, pesticides and germicides and the pros of farming organically without any external elements. Five years ago, 5 kg of fertilisers were used in a hectare of land on an average; right now, it's close to zero. The plan is to make Dantewada a 100 percent organic district."

In August 2016, Akash started Organic Farmer's Producer Company named 'Bhoomgaadi' and brought together the farmers in the district to teach them sustainable agriculture practices. 300 self-help groups were formed and more than 1,000 farmers were empowered directly. The self-help groups are collaborative, insightful and serve as platforms for anyone in the district looking for employment opportunities.

With Bhoomgaadi and the self-help groups, Akash is now responsible for converting 2,000 micro-entrepreneurs to organic farming. These farmers aren't accountable to anyone but themselves — they sustain themselves with what they produce and how much they sell the products for, in the district markets. Akash explains,

"All these farmers are micro-entrepreneurs and shareholders. They take collective decisions, fixate on rates and processes and then the production gets done. These products are slowly reaching many places in the country."

Bhoomgaadi has a production target of 200 tonnes and the organisation is enabling the conversion of 30 varieties of rice and millets. After years of violence due to Naxal attacks, the organisation has envisioned a future where farmers can own everything and decide on the prices themselves, and not under an external dictation. With such progressive ideals, the district of Dantewada has been moving ahead.