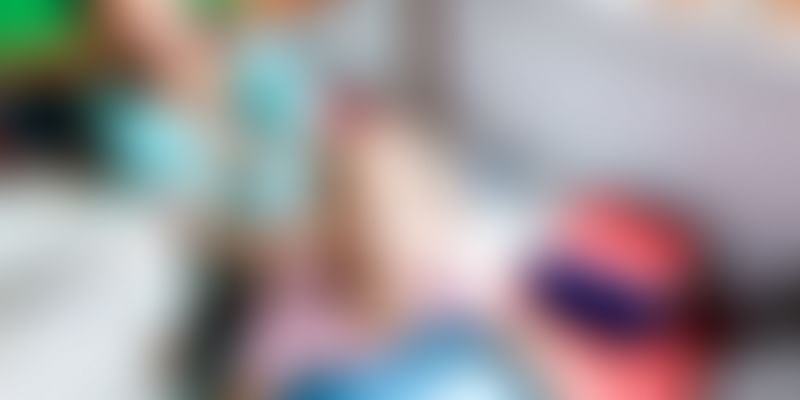 Handimachal Therapy Centre in Himachal Pradesh is the only place in the region that provides early intervention therapy to children with special needs.

Founded by a French social worker, Dominique Dufau, Handimachal Therapy Centre in Kullu is a ray of hope for parents who have children with special needs. With an aim maximise the quality of life and the autonomy of children with different needs, Dominique opened the centre in 2009.

The centre works towards treating children with orthopedic impairments, cerebral palsy, intellectual disabilities, autism spectrum disorders, speech and hearing impairments, developmental delays, sensory processing disorders. In a year, the average number of children who get early intervention at the centre is 90.

The early years of Handimachal

During one of her visits to the Himalayas, Dominique met a family in Kullu, who had a child with Down Syndrome. At first, they thought it to be a curse or possession by an evil spirit. Later, they went to small hospitals in Kullu and Manali, but none were able to diagnose the illness. The family then decided to go to their local devta.

In Himachal, the belief in the devta is prevalent — people think that if they do whatever the shaman (spokesperson for the devta) tells them, everything would be well. The family did everything they could, but the child still couldn’t walk. It was difficult for them to accept that the illness was not going to disappear, and their devta wasn’t helping them either. Eventually, they recognised that the child had to be treated soon. This incident inspired Dominique to do something about the situation.

After a lot of research and speaking to people around, she found that there were some special schools and medical facilities available for children with special needs, but with no therapy intervention, especially for children of young age. The absence of intervention therapy facilities, propelled Dominique to start the Handimachal Therapy Centre.

Making a Difference, one child at a time

What started off as an organisation with just one person, is now a centre that has a permanent staff of nine people, which includes physiotherapists, occupational therapists, speech educators, and community health workers. The team provides regular therapy sessions to children by intervening at an early stage so that they can bring a positive difference in their lives.

Talking about the importance of early intervention, Shruti More, who is an Occupational Therapist and Project Manager at the centre, says,

“Usually, parents bring their children to us only in the later years; more so, due to lack of awareness about the issue and no proper services available. Consequently, between 0 to 3 years a child goes without any early intervention therapy. But that is the time when 90 percent of the brain development happens. So, therapy during that period influences brain function the most.”

Here is one such instance that shows how early intervention can be beneficial for a child. The parents of a child with Autism got worried when they realised that he was not speaking even when he turned three. When doctors in Chandigarh told them that their child had Autism, they were in denial for a year. However, when they learnt about Handimachal, they approached the team.

“We brought him to the centre for two years, he slowly started talking, and his hyperactivity and sensory issues mellowed down. The therapist also helped us to admit him to a regular school. He is now in third grade and is doing well,” says the parent, who is thankful to Handimachal for helping them in a difficult phase.

While the team at Handimachal does not provide medical services, the centre works closely with civil and regional hospitals in Kullu.

“Every Thursday, our therapists visit the civil hospitals, and the children we refer are treated there,” says Shruti. For the past two years, the centre has also been working closely with regular schools, where they identify children with learning disabilities.

Speaking to the devta

In the past seven to eight years, the centre has provided help to over 400 children, however creating awareness regarding therapy still remains the biggest challenge. Shruti remarks, “Even now, 50 percent of the families go to the temple and follow what their devta says.”

Shruti finds it difficult to come to terms with the ‘devta system’,

“I used to try talking the families out of it, but that created a barrier between me and them. The parents thought I was disrespecting their culture. After a lot of thought, we decided to work around this framework, and approached the shamans. We educated them on various developmental disabilities, so that they could direct the parents to our centre.”

This plan worked out for Shruti and her team.

As part of the awareness drive, they also visited each devta’s pandal during the 10-day Kullu mela in the district. “We gave them pamphlets and educated them. Thereafter, every year after Dussehra, we have a lot of referrals coming in,” she adds.

Moreover, accessibility was a huge challenge. With no proper infrastructure, harsh climate and children growing older, it was not practical for parents to get their children to Handimachal for therapy. So, three years ago, the centre started a community-based rehabilitation programme, where trained health workers visit the houses of children who are older or live in remote places.

“We have a syllabus prepared for the health workers, who can execute a lot of therapy-related work. Since these workers can speak the local language, parents feel more comfortable with them,” adds Shruti.

Last year, four women from Spiti valley were given community-based training, and now they work as community health workers in Spiti.

Shruti says, “Right now, we want to focus on Kullu and do outreach programmes in other districts of Himachal Pradesh. We also want to work closely with civil hospitals, to establish a small therapy centre in the hospital premises, and have a public-private partnership with the government".

The team is planning to establish early intervention schools as well, with a preschool setup, where children spend their entire day. This will ensure that teaching and therapy happen together.

“We also want to work with schools for an integrated setup. We do not want special schools for these children. If they get early intervention, they can be enrolled in regular schools. Opening up a vocational centre is also something we are working towards,” she mentions.

When Handimachal project started eight years ago, it was decided that a French NGO (parent NGO) would provide financial and administrative support for 10 years. But from the get-go, Dominique’s wish was to give away the project to a local community for managing.

“At the beginning of this year, we were able to register Handimachal as an Indian NGO and the project has now been transferred to a local body. It is now managed by a group of parents, professionals and social workers from Kullu. This year is important to us as the complete integration of the project into the local community finally came off,” concludes Shruti.