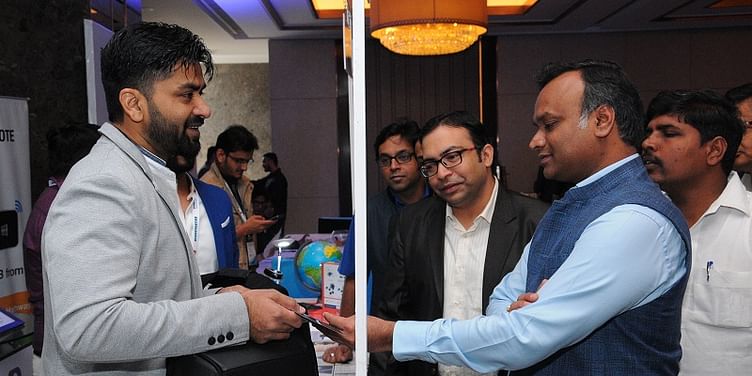 Listing the State’s achievements in creating a conducive environment for startups, the Minister claimed that Karnataka’s the only government in the country that is talking about building an ecosystem for ideation.

Priyank Kharge, Karnataka Minister for IT, BT, and Tourism, has invited Amazon Inc. to collaborate with the State for helping startups and entrepreneurs. Talking at the Amazon Launchpad’s C-Cube Challenge event earlier this week, he said that Amazon Launchpad’s initiative is the most disruptive thing he has seen after Karnataka’s Elevate 100.

“The C-cube challenge seems fine, but if you tied up with us, it would be even better. The State is spending Rs 22 crore on hardware accelerators. We have 4,000 startups registered with us. But we need more money (to cater to them). So how can we work together? How can the people registered with me make use of your platform,” Kharge asked the dignitaries, adding that the Government of Karnataka is as disruptive as Amazon.

“Amazon Launchpad is also about making ideas happen. We are always looking to collaborate with partners like you because you are the experts. You can provide a platform, facilitate these innovators with your global access and show that they can succeed,” Kharge reiterated.

Stating that Karnataka gets the highest FDI in India, and 44 percent of all intended investment, and that Bengaluru has the second best startup ecosystem and fourth best R&D centres in the world, Kharge cheekily added: “Ease of doing business is the best in Karnataka, whatever the Central government says. I am happy with the awards going to one particular State as long as money is coming here.”

A decade ago, if Amazon were to come to Bengaluru, it would have been for setting up call centres. But, today, Bengaluru has established itself as the Silicon Valley of the East. Minister Kharge stressed about the role of the State in making it happen.

“We have a legacy of 30-40 years in the services and R&D sector. It took hard work. Bosch came here 60 years ago. We have created an environment for ideation, innovation, and invention today. All we need is better PR; we need to learn from the prime minister,” he added with a smile.

The Minister claimed that Karnataka’s is the only government in the country that is talking about building an ecosystem for ideation. “Some of the startups here have been funded by the government. How many governments today can claim that they have helped over 180 startups in the last one year? This government is helping startups by giving grants in one way or the other. Every two days I’m helping one startup,” he said.

Also, Karnataka is not just Bengaluru. The minister said that it is a myth that IT is active only in Bengaluru. “Last year we had about Rs two lakh crores of IT exports, out of which about Rs 6,000 crore come from Tier II towns. When we went to Tier II towns like Hubli, Mysuru, Mangaluru – looking for innovation – about 1,700 startups registered in three or four weeks at the Startup Cell. Out of them, close to 400 were from Tier II towns, and 300 were by women entrepreneurs,” he said.

Amazon Launchpad, which was launched a year ago, gets 200 applications per month from startups across India. But 4,500 startups are registered with the Karnataka government across the State. According to the Minister, these startups are not just looking for money.

“They want us to try out their product/service. At Elevate 100, we tried to figure out 100 most innovative startups across the State and ended up with 111 from the 300 startups that pitched. Government partnered with mentors like PwC, KPMG, EY, Deloitte etc., and analysed every startup registered with us (for curation). They even tutored these startups on how to meet a VC, on what is expected from them when they go to pitch a startup.”

Not all startups required money; some needed validation of their idea, mentorship, access to markets, and implementation facilities. At Bangalore Tech Summit on November 18, the minister doled out Rs.23 crore to 81 companies in IoT, IT, product, aerospace etc. “We also help them with their ideas validated within the government itself. We got eight startups working in tourism, two in health, two in IT, two in e-governance departments,” he added.

Taking a dig at the neighbouring State of Telangana which is spending more than Rs 900 crore for a building for the promotion of animation and gaming, Kharge said, “For the first time in India, we (Karnataka) devised a B2B marketplace for original IP content. We had 24 international and 15 domestic broadcasters – including Amazon Prime, Netflix, HotStar, and Cartoon Network – come and evaluate 132 studios with original IP content. Amazon Prime and Netflix are spending billions for content acquisition; now they won’t need to – at least for regional content. I have spent less than Rs two crore for the animation vertical; so there is no need for a building anymore to stimulate the animation industry here.”