A layman’s guide to Ethereum: how it works and why it matters 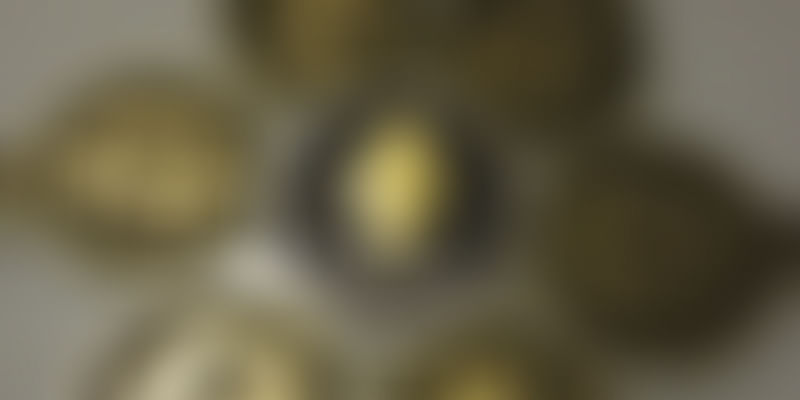 While Bitcoin has been the landmark of cryptocurrency, Ethereum too has emerged from the shadows in the last few years as a worthy competitor. Proposed by Vitalik Buterin in 2013 and launched in 2015, Ethereum has taken the application of blockchain technology to new heights.

While Ethereum is a cryptocurrency, it is not the same as Bitcoin. We take you through the basics of what Ethereum is, how it works, and why it matters. If you are new to the world of cryptocurrency, then you can refer to this basic guide before moving forward with this article.

What is Ethereum and how is it different from Bitcoin?

Bitcoin is a decentralised application that creates a P2P cash system, wherein users can transact in bitcoins. On the other hand, Ethereum allows developers to build and launch decentralised applications for any purpose of theirs, including creating their own cryptocurrencies. By distributing the processing power required to run these programmes between peers on the network, Ethereum essentially acts as a blockchain supercomputer. Moreover, due to the principle of consensus, apps on the network run exactly as programmed without any possibility of censorship, downtime, fraud, or third-party interference.

At the heart of the Ethereum network is the Ethereum Virtual Machine (EVM). A Turing-complete virtual machine, the EVM allows users to run scripts using a network of public nodes irrespective of the programming language. With the EVM, creating blockchain applications is easier and quicker since developers don’t have to build blockchains from scratch.

What makes Ethereum stand out is its smart contract functionality. Smart contracts are computer codes or scripts that facilitate the exchange of money, content, property, shares, or any other thing of value. These scripts, which can be created by anyone on the network, contain the rules, obligations, and penalties of a mutually agreed-upon contract between peers. Since they run on the tamper-proof public blockchain, smart contracts facilitate the transfer of an asset or currency in a transparent and trustworthy way without the need for an intermediary — sort of an automated escrow system. Due to these features, smart contracts are poised to impact several fields such as finance, healthcare, and insurance.

However, smart contracts come with their own pitfalls. For instance, a human error while writing the contract’s code can lead to wrongful actions that can, at times, be irreversible. Also, in the case of unforeseen events (such as the theft of a car before its new owner takes possession of it), the contract will be executed, and the buyer loses his/her money with no possibility of a refund. It’s important to remember that the technology is improving with each passing day and smart contracts are expected to soon become part of our everyday lives.

The Ethereum platform was developed by the distributed autonomous organisation or ‘The DAO’. As funding for the project, The DAO raised over $150 million through an online crowdsale, or Initial Coin Offering (ICO), of 11.5 million ‘pre-mined’ ether tokens between July and August 2014. The Ethereum network then went live on 30 July 2015.

In May 2016, a group of computer scientists published a paper detailing several security vulnerabilities associated with The DAO that could result in the theft or loss of Ether. A month later, The DAO was hacked and 3.6 million Ether tokens, valued at around $50 million at the time, were stolen. This cyber attack sent shockwaves through the community and resulted in Ethereum being forked into two separate active blockchains —the new version became Ethereum (ETH) and the original continued as Ethereum Classic (ETC) — each with its own currency. It is Ethereum (ETH) that is currently the second-most valuable cryptocurrency in terms of market value.

The Ethereum blockchain has become the go-to choice for the launch of new cryptocurrency assets, with Ethereum-based cryptos accounting for 76 percent of the entire market capitalisation as of June 6, 2017. Most of these tokens have nothing new to offer. The craze to launch ICOs even led to a parody by the Useless Ethereum Token.

The hyper-speculation prevalent among the various new tokens created on the Ethereum blockchain reached its peak in the April launch of Gnosis, a new Ethereum-based token. Gnosis is part of a prediction market that allows users to make trades on the probability of events. The token was so hyper-valued that it raised $12 million within the first 10 minutes alone of its ICO, eventually raised nearly $300 million over the course of the entire ICO.

Augur is another token working to use blockchain to capitalise on the potential offered by regular users making mass predictions on the outcome of events. Using Bitcoin and Ether to speculate on markets, users earn reputation (REP) units based on the success of their predictions. The potential for Augur is immense, where external organisations can use the platform to generate real-world speculative data without worrying about the bias possible when sourcing from a single person or entity.

Clearly, the sheer variety of tokens present on the Ethereum blockchain also means there’s a lot of scope for innovation. Another example is the launch earlier this year of the Basic Attention Token (BAT), a utility token aimed at challenging digital advertising’s status quo. While currently available only on its native Brave Browser, BAT allows content creators, publishers, and advertisers to use the Ethereum blockchain to reimagine digital advertising and how value is generated for displaying and clicking on ads online. Then, of course, was the recent craze of CryptoKitties, where users traded digital cats on the Ethereum blockchain in such high volume that the transactions clogged up the entire ecosystem.

Like most cryptocurrencies, Ethereum has had a good year so far. The price of one Ether has gone up from around $8 on January 1 to $497 at the time of writing this piece (December 9, 2017). The multi-purpose nature of Ethereum, coupled with its growing popularity and the spreading adoption of blockchain technology itself, is expected to increase its value in the coming months.