Litecoin for beginners: everything you need to know 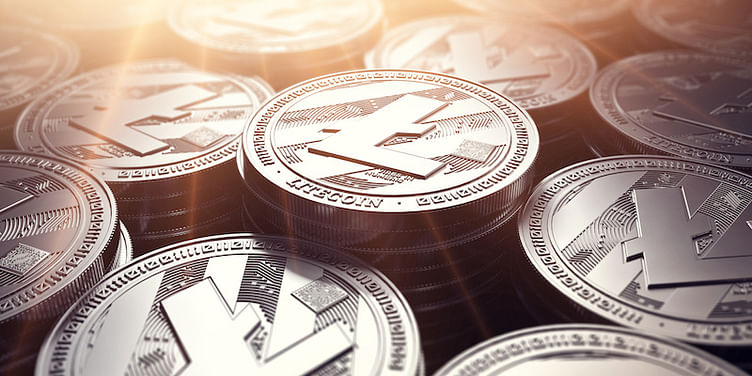 Among the many alternative cryptocurrencies, or altcoins, that exist today, few have been around for as long and done as well as Litecoin. Created by former Google employee and Director of Engineering at Coinbase Charlie Lee, Litecoin was among the earliest forks of the Bitcoin Core client when it was launched in October 2011. The creators of this blockchain-based altcoin define it as ‘a peer-to-peer internet currency that enables instant, near-zero cost payments to anyone in the world.’ Since Litecoin is based on Bitcoin’s open source codebase it shares several features with the latter. Hence, many have been under the misconception that it is a mere clone that has no value of its own to offer. But that’s not entirely true.

The launch of Bitcoin as an open source software gave developers the opportunity to fork the original codebase and add whatever features they wanted; thereby creating a new cryptocurrency. And that’s precisely what Charlie Lee did. Even before it was three-years-old, Bitcoin was being bogged down by a few pestering problems. Among them, the most constant were the long transaction times and the mining of bitcoins being skewed in the favour of mining conglomerates. Recognising the market potential of a cryptocurrency that solves these problems, Charlie Lee came up with Litecoin.

The first problem Litecoin addressed was transaction time. While the Bitcoin network processes a block every 10 minutes, Litecoin does it every 2.5 minutes. This four-fold increase in block generation results in quicker transactions and enables the network to handle higher transaction volumes while scaling. Litecoin also has a maximum supply of 84 million tokens (four times that of Bitcoin’s) of which 54.26 million are currently in circulation. While it may seem like the network will soon run out of new coins, analysts predict that this will happen only around 2142. And that’s considering the current mining difficulty rate.

The second major difference between Litecoin and Bitcoin is in the Proof-of-Work algorithms they use. While Bitcoin uses the processor-intensive SHA256 algorithm, Litecoin makes use of the memory-intensive scrypt algorithm. In its nascent stages, Bitcoin could be mined by CPUs and GPUs. However, as competition in the network increased, specially-built FPGA and ASIC devices - with vast processing capabilities, had to be used to mine bitcoins. And since these devices are expensive and require large amounts of electricity to operate, those who could afford to run them quickly monopolised the Bitcoin mining community.

To prevent the same from happening with Litecoin, Charlie decided to adopt the scrypt algorithm instead. Scrypt was specifically designed to make it difficult and expensive for processor-intensive devices to mine Litecoin. It does so by requiring large amounts of memory, something which ASIC miners and the like are short on. So miners with several ASIC miners can’t mine Litecoin efficiently and hence can’t control more of the network. This makes the cryptocurrency more accessible to everyone and thereby contributes to a more decentralised system.

The rise of Litecoin

While cryptocurrencies are meant to be decentralised, the absence of a leader, like in the case of Bitcoin, makes it difficult for the community to progress. Meanwhile, Litecoin has taken the lead on implementing technological upgrades courtesy of its dynamic and vocal leader. With Charlie explaining why and how making certain upgrades are important to the network, the community is more cooperative and understanding on their path to realising Litecoin’s vision.

In 2017, for example, Charlie aggressively pushed the Litecoin community to support an upgrade called Segregated Witness (SegWit). This soft-fork has several features one among which is the promising Lighting Network (LN). The Lightning Network, which is still in the testing phase, addresses the issues of scalability, transaction fees, and interoperability (between LTC and BTC). It also makes it possible to run lightweight LN clients that outsource monitoring of the blockchain. All this means that BTC and LTC transactions will be quicker, cheaper, and more risk-averse in the future.

Due to its ease and speed of transacting, Litecoin is already among the most accepted cryptocurrencies around the world. Nearly all cryptocurrency exchanges and several retail shops and eCommerce platforms have begun accepting LTC as payment which has made it the fourth highest-valued cryptocurrency.

On 1 January 2017, Litecoin had a price of $4.36 and a market capitalisation of around $214.15 million. Today, 12 December 2017, one LTC costs $245 and its market cap stands at a whopping $13.32 billion. One can attribute this meteoric rise to the general performance of the cryptocurrency market this year. While Bitcoin is the one making all the waves for its incredulous price increases, other altcoins like Litecoin, Monero, IOTA, and NEO have risen in value along with it. Another factor that boosted this market is the improving acceptance of cryptocurrencies in countries like Japan, South Korea, and Switzerland. And when it comes to acceptability, Litecoin is right up there next to Bitcoin and Ether.

It is widely believed that the rise in cryptocurrency prices is nothing but a bubble that is due to pop soon. And if that does happen, only those coins which offer useful features and are easily usable will survive the market crash.