How technology is changing the skilling game 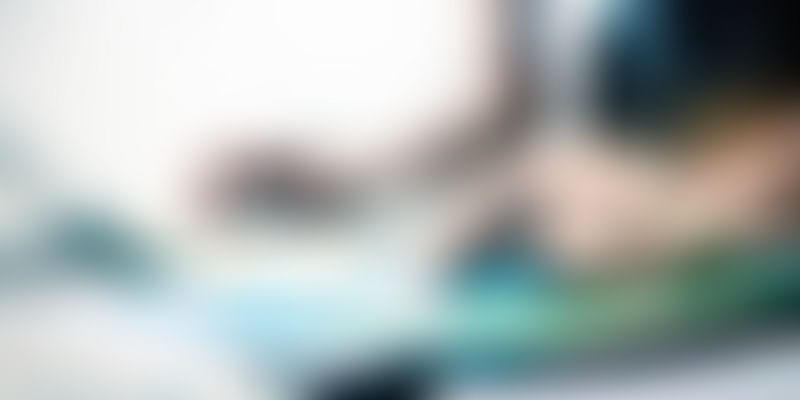 When skilling is driven by a free market mechanism the outcomes are magical. Governments are most effective when they take a few right strategic steps and stay away from micro-activity.

The creative use of technology can address many basic problems as well as plug leakages and inefficiencies in existing systems, as Aadhaar has amply demonstrated. Innovation in the use of technology can either come from profit-seeking entrepreneurs or from a visionary government that develops innovative and freely available public goods that can be used to increase efficiencies and minimise leakages and friction. Leakages and friction can result in a loss of trust, skepticism, and ultimately render a system totally ineffectual over a period of time. This system then begins to act as a drain on public finances, and benefits only those who manipulate and game the system.

Urbanclap is a great example of a marketplace for common services (plumbing/carpentry/beauty/house-cleaning etc). They have brought consumers and suppliers of services (based on skills) on a common platform and made the whole process of matching demand with supply pretty seamless. Plumbers, for example, suddenly did not have to any longer depend upon word-of-mouth or other inefficient methods for sourcing business. Inefficiencies that existed in matching demand and supply prior to the advent of platforms like these resulted in consumers having to live with substandard services provided by poorly skilled workers. Further, these workers did not have an incentive to up-skill because they knew that the inefficiencies in the discovery process for skills left the customers vulnerable and without a choice.

Technology platforms created by companies like Urbanclap improved the discovery process multifold. Every instance of service on these platforms is rated by the consumer. Plumbers with higher consumer ratings tend to get more business and hence earn more. Plumbers, therefore, learned the value of up-skilling and paying, if necessary, to up-skill. Just notice how a platform or system that aligns skilling to earnings creates a pull for skilling. A user is prepared to pay for learning something if the linkages to the benefits of learning are straightforward. And a consumer of a service is willing to pay more for a better quality of service if there is a consistent and reliable process of evaluating the capability of service providers. Such a process for evaluation should not have components that can game the process.

What better process to avoid gaming than to crowdsource ratings by users of the service.

It’s not just Urbanclap. A lot of the recent startups like Ola, Uber, Zomato, TripAdvisor, and a host of others have unconsciously kicked off a revolution in the skilling journey. One of my favorite pastimes is listening to stories from drivers during my daily commute between office and home. These conversations are extremely insightful and you get to hear real stories and see real trends from the ground. Youth from rural India have been joining the Ola and Uber platforms in large numbers.

Many of them come to the nearest city or town and sign up for lessons at driving schools by paying a fee. No one has pushed them to part with their money to learn the driving, because they know that there is a real earning opportunity at the end of it. Both Ola and Uber are now starting driver training academies to increase the reliability of the supply of drivers. When skilling is driven by a free market mechanism the outcomes are magical. No amount of government intervention could have accomplished this kind of large-scale voluntary skill development accomplished with little or no wastage.

Similarly, TripAdvisor and Zomato have suddenly increased the discoverability of small-time tourist destinations and restaurants. Small boutique homestays and resorts that could never have hoped to compete with established players have suddenly become a force to reckon with. Tourists have found a reliable platform to check out the quality of amenities and service. Tourism has taken a leap. Those interested in tourism but never knew what options were available out there have suddenly started hitting the tourism trail. Owners of homestays, resorts and restaurants have suddenly become conscious of customer ratings and have begun to train their employees in culinary and other hospitality skills. Again the free market mechanism, with the help of technology, has resulted in a beautiful alignment of skills with earnings potential! And lo and behold, skilling is happening voluntarily and efficiently!

Just contrast this with an approach that addresses the supply side by overlooking the connection of skilling to employability. Most of the effort by the skill development bodies have not worked so far because of this. The approach really harks back to the planning era where a centralised agency ‘planned’ everything – how much steel to be produced, how many cars to be manufactured, how much power to be generated etc. It failed in a big way. A superpower collapsed under the weight of centralised planning. India came close in 1991. Yet, the fatal attraction for solving problems by planning every aspect of it seems to still exist. It exists because it is an easy way out and in the short term allows you to report actions and progress. It makes everyone feel good until eventually it results in the same logjam of wasted capacities and huge leakages.

In 2014, when the taxi aggregation industry was taking shape, there were several governments across the spectrum contemplating bringing them under a much tighter regulatory framework or banning this service altogether. Transport commissioners would walk into offices of these companies and ask them to shut operations. They impounded hundreds of cars on these platforms. Drivers staged protests against this highhandedness.

When an Uber driver raped a passenger in Delhi, all hell broke loose and this nascent industry was almost killed. The incident had nothing to do with the idea of cab aggregation using technology. It was a much bigger problem. It is so easy to avoid solving the bigger malaise by blaming the new idea and diverting attention. Public memory is short in India and a service that solves a real problem manages to survive over a period of time.

The industry survived because the citizens and users registered their support by refusing to stop using it.

The regulatory authorities should have seen the problem that this industry was addressing and should have gone out of their way to make it easy for them to do business. Governments in states and at the centre can do a lot more for skilling and job creation by spotting such opportunities offered by technology and startups, reformulating old and outdated regulatory frameworks with agility to keep them in line with changing trends and then simply getting out of the way. Governments are most effective when they take a few right strategic steps and stay away from micro-activity.

In my view creating skills is an outcome. You should create conditions that will result in people wanting to skill. These conditions also create bang for the buck with minimal wastage of public money.