Treating patients for the past 45 years, this doctor charges just Rs 5 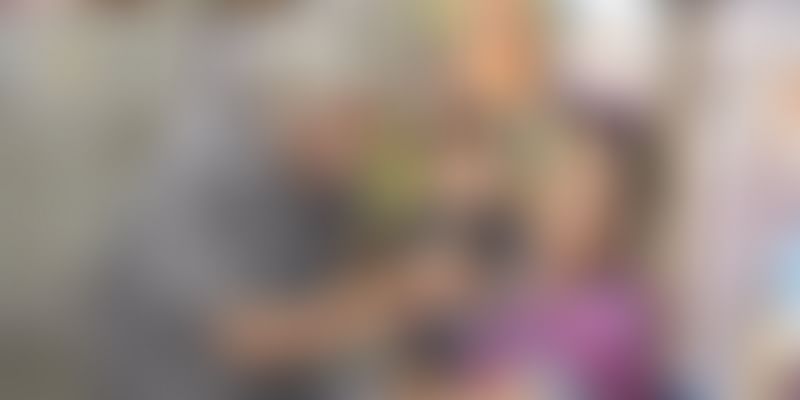 At a time when lot of people are complaining about doctors and hospitals alike for charging exorbitant fee, Dr Jeyachandran has been treating patients for just Rs 5. What's more, when he started practising in the 1970s in North Chennai, he charged only Rs 2.

Jeyachandran (68) lives in Chennai’s Vannarapettai. His patients are usually poor and include a large number of rag pickers and street vendors. Not wanting to let the lack of money stop them from getting medical help, he started treating people for very less money half a century back. Talking about the reason behind this, he said,

Both my parents were farmers and no one in my family had ever went to school. I was the first one to complete Class X in my village. And I grew up seeing a lot of people die just because they couldn’t afford treatment. That is what made me want to become a doctor and provide free treatment to the ones who cannot afford it.

Jeyachandran started a clinic with his friend and fellow doctor Kanagavel in 1971. He did not want to charge them anything at all, but he started charging Rs 2 when his friend's father who helped him set up the clinic suggested that. He believed that the treatment Jeyachandran provided won't be valued at all if he didn't charge them a little money. That doesn't mean Jeyachandran takes money from everyone. In his words,

I have a principle to not force people to pay the money. I take money only if they willingly give it. If they don’t, I don’t ask for it at all.

Though he started out wanting to treat poor patients, even wealthy people started coming to him for treatment owing to his popularity as a good doctor. They try to pay him in thousands, but Jeyachandran insists on getting the fee in form of medicine. The medicine he receives from the wealthy goes to the poor who cannot afford it.

In five decades, Jeyachandran has treated four generations from a same family. Talking about his love for medicine, he said,

I did not want to commercialise what I learnt. I am running this clinic without any caste, creed, or religious differences. The thing I love the most in the world is being a doctor. The happiness and satisfaction one receives while saving a life cannot be compared to anything else in the world.

In Jeyachandran's family, it is not just him who is a doctor. His wife and three children are also doctors. In fact, it was his wife who asked him to take care of the poor people while she has been taking care of the financial needs of the family.