These VCs and investors are pushing startup growth in Southeast Asia 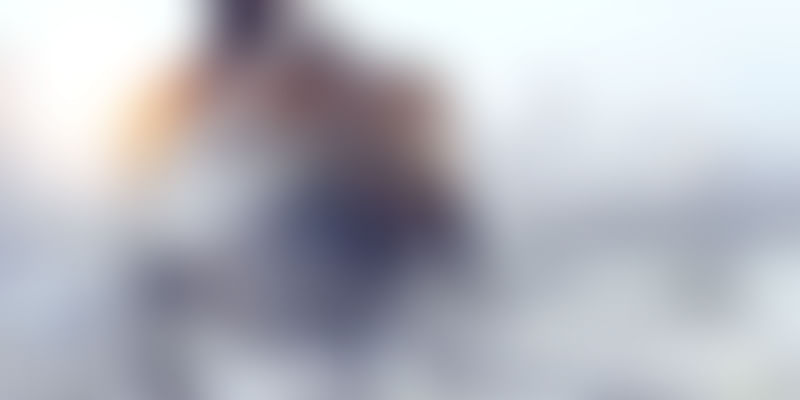 From transport to video streaming services, to health and fitness aggregators, to fintech companies, Southeast Asia has witnessed the rise and growth of multiple startups, including the likes of GO-JEK, Grab, iflix and KFit.

According to managing consulting firm CB Insights, tech companies in Southeast Asia had raised $6.5 billion in disclosed equity funding by September of this year. With the scale and talent that the region has showcased thus far, this number is hardly a surprise. It signals the rise of VC interest in the region. No wonder the last few years have seen several new investor entrants in the market that are now paving way for a startup revolution of sorts in Southeast Asia.

SoftBank’s eye for enduring businesses has been proven time and again across the globe. It has identified, invested in, and mentored some of the greatest brands of our times, including Yahoo, Buddy Media, The Huffington Post, BuzzFeed, Fitbit, Criteo, Zynga, and EdCast, among others. The company manages funds worth $600 million and invests in early through growth stages of startups.

In Southeast Asia, SoftBank Capital has invested in names like Grab (taxi-hailing app) and PawnHero (online pawn shop), among others. Grab pulled $2 billion in funding from SoftBank and Didi Chuxing in July this year, and PawnHero raised an undisclosed amount in seed funding from the Japanese firm in April 2016.

Based out of Southeast Asia and founded by two of the biggest names of the region’s startup ecosystem Andy Zain and Sebastian Togelang, Kejora Ventures invests in entrepreneurs and tech startups in high-growth verticals. They provide growth capital, shared infrastructure and resources, and access to relevant networks to new and existing startup founders and entrepreneurs. The Indonesian VC also built an $80 million bucket for investment in Southeast Asian firms.

Beyond financial investment, Kejora Ventures has committed to educating communities in entrepreneurship skills and encouraging more individuals to take the proverbial leap. Their partnership with the ecosystem goes from the pre-accelerator stage where they train budding founders and entrepreneurs to startups in early and growth stages.

Most of Kejora’s investments are focused on the Indonesian market, including names like C88 (fintech), Qareer Group Asia (HR & recruitment), Y Digital Asia (digital marketing), and Mimopay (fintech), among others.

Most of Asia Venture Group’s investments are in Malaysia, Indonesia, and Thailand. Their areas of interest include e-commerce, platforms and marketplaces, and fintech.

Southeast Asian startups that Asia Venture Group has been associated with in the past include names like iMoney –which received $500,000 seed funding in June 2013, HappyFresh (hyperlocal grocery delivery), CARS24 (online marketplace), and dahmakan (received $1.3 million seed funding in collaboration with other VC players), among others.

A US-based VC firm, Sequoia Capital has been associated with some of the biggest innovations of our times since 1972. The company has invested in the likes of Apple, Google, Oracle, PayPal, Stripe, YouTube, Instagram, and WhatsApp. That makes Sequoia’s associations go as deep as 22 percent of NASDAQ, with a total market value of $1.4 trillion.

In Southeast Asia, Sequoia has been actively associated with financial services, healthcare, outsourcing, and technology verticals, much like its global portfolio. The company captured early-stage investments in some of the most successful startups in the region, including GoJek (logistics and transport, valued at over $2 billion), Tokopedia ($100 million investment into the e-commerce business along with SoftBank), KFit ($3.25 million seed funding into the healthcare startup), and Zilingo ($8 million Series A funding of the online fashion marketplace in September 2016), among others.

500 Startups has proven to be the region’s most active investor with its latest SEA-focused fund – 500 Durians – valued at $50 million. The company manages over $250 million in assets, with investments in 200 companies in eight countries in the SEA region alone. With its most significant investments in the technology space, 500 Startups has been associated with names like Grab (taxi-hailing app, received $5.2 million in Series A funding in September 2013), Carousell (peer-to-peer marketplace, part of a $35 million Series B funding in August 2016 along with three other VCs), and Revolution Precrafted (home and interiors, received $15.4 million earlier this year), among others.

Japan’s East Ventures is another reasonably active VC in the region. An early-stage investor focusing on consumer-oriented mobile and web-based services, East Ventures primarily focuses on Indonesia with a $30 million dedicated fund for Indonesian startups.

To East Venture’s credit, the company has high equity in three of the six unicorns in the region, including Traveloka (flight and hotel booking engine, received seed funding in November 2012), Tokopedia (online marketplace), and Grab (taxi-hailing app).

KK Fund is a VC fund that invests in the seed-stage internet and mobile startups across Southeast Asia and other Asian countries. Based out of Singapore, the company has been active in successful startups in business services, fintech, education, and beauty and wellness, among other verticals.

Wavemaker is an early-stage VC firm headquartered in Singapore and the US. It invests in seed stages of tech-based startups in the US and Southeast Asia region. With $180 million in assets under management, Wavemaker Partners has been actively involved in startups in high-tech automation, analytics, and intelligence verticals.

In the past, Venturra Capital has invested in names like KFit (health & wellness), Fabelio (furniture marketplace), and Ruangguru (ed tech).

Ruangguru, an Indonesian edutech startup, had raised an undisclosed amount of Series A funding in 2015 led by Venturra Capital.

Singapore-based Jungle Ventures is a venture capital firm providing early-stage investments and business-building infrastructure to startups across the Asia-Pacific region. Active since 2012, Jungle Ventures has made more than 50 investments in its five-year history, also raising $120 million in two funds (SeedPlus Singapore Fund, 2015, and Jungle Ventures Fund II, 2016). In Southeast Asia, the firm has invested in startups across various diverse verticals, including Kredivo (financial services and lending, received undisclosed Series A funding in October 2017 in a round led by Jungle Ventures), Pomelo (an e-commerce and fashion marketplace, received $11 million Series A funding from Jungle Ventures and others in October 2016), and RedDoorz (business travel and hospitality, received $1 million in seed funding from Jungle Ventures and Steadfast Venture Capital in September 2015), among others.

In 2017, VC activity in Asia exceeded that in the US. Clearly, Southeast Asia’s startups and the VCs backing them paved way for this development. This leaves no doubt that the region will continue to be a hotspot for funding, VC activity, and most importantly, innovation-led startups in the coming years. Exciting times are ahead!