Words & Wisdom: The best books written by women authors in 2017 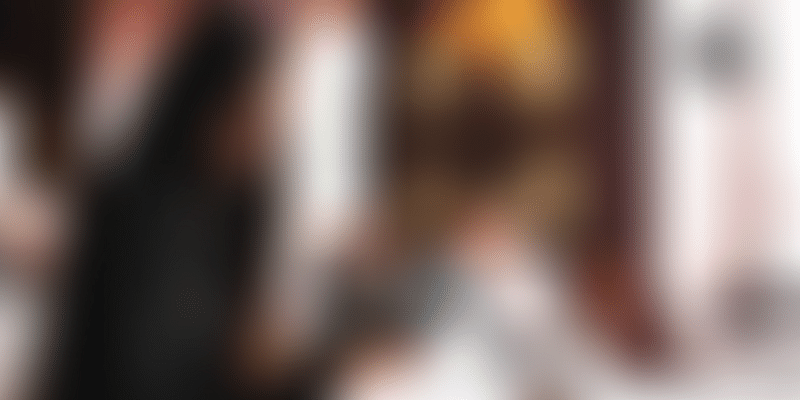 Slip away into different worlds with enchanting characters and fascinating stories in these unputdownable books by women authors.

For those of us who are in constant search of that perfect nook in our homes or the cosiest café around the corner, books are blessings and authors, saviours! We could spend hours lost in worlds concocted by our favourite storytellers; worlds of prodigious fantasy, weighty darkness, saccharin romance, and harsh reality. Every time we pick up a new title, we meet new characters and embark on their journeys, somewhere seeing a glimpse of ourselves in them or our predicaments in theirs. For that’s what makes a book a favourite; a story that resonates with us.

This year, we witnessed very tense political climates around the world. Yet, the world of literature blossomed, drawing inspiration from the goings-on, to produce works steeped in brilliance. Some of the most riveting narratives of 2017 were written by inspiring women, some debuting and some seasoned. We give you a list of the best books authored by women in 2017:

Accounts of racism, grave injustices, effects of drug abuse and the attempt to understand manhood, Jesmyn Ward’s third novel mirrors existing society and struggles like no other. The protagonists Leonie, a black woman struggling with drug abuse; Jojo, her young son; and Kayla, his three-year-old sister; set out on a road trip to pick up the children’s white father, Michael, from prison. The journey intertwines the present and the past, with two supernatural characters searching for deliverance, in the mix. A compelling saga of overlapping, messy dramas, it’s no surprise Sing, Unburied, Sing was awarded the 2017 National Book Award for Fiction.

In her second book, Korean-American author, Min Jin Lee follows the life of a poor but proud family living in Korea in the early 1900s. When daughter Sunja’s unplanned pregnancy and subsequent abandonment by her lover threatens to bring shame to the family, they find a new home in Japan. Immigrants in a new country, the story explores the joys, sorrows and hardships faced by the family; a truth that strikes a chord with immigrants even today. This poignant tale of strength and survival is a real page-turner!

A spellbinding mystery thriller, Jane Harper’s debut novel demands to be read from cover-to-cover in one sitting! Protagonist Agent Aaron Falk returns to the town he grew up in after decades when news of the passing of his best friend, Luke, reaches him. Keen to solve the mystery that is his friend’s sudden death, Falk teams up with a local detective, only to find questions and doubts from the past creeping in. The title won Jane Harper the British Crime Writers' Association Gold Dagger award for the best crime novel of the year.

After a 20-year-long wait, Arundhati Roy presented us with her second book, a mesmerising novel that deals with some of the most brutal atrocities of modern Indian history. The scene is set in Delhi, with complicated yet engaging characters taking centre stage – Anjum, a transwoman, is faced with a tragedy that redefines her; Tilottama, an architect journeys far to be with a man she loves; and an array of supporting characters who portray the complete gamut of Indian life. The web of narratives that Roy has woven makes for an interesting read.

Pulitzer-prize winner Jennifer Egan’s fifth book is a gripping crime novel wound tight with secrets, love, lust, lies, and family ties. The book acquaints us with Anna, a fiercely independent woman who works at a naval shipyard during World War II and is the sole breadwinner of her family. She is often troubled by thoughts of her father who deserted the family long ago, wondering what happened to him. Curious, she delves deeper into the search, stumbling on a secret pact between her father and wealthy businessman, Dexter Styles.

Anything Is Possible - Elizabeth Strout

This wonderful short story collection brings forth honest, all-too-familiar accounts of the pains and triumphs of small-towners. The Pulitzer-prize winner interconnects the stories of different characters living in the town where her previous book My Name is Lucy Barton was set. Exploring different human emotions through the characters’ intimate struggles in understanding themselves and those around them, this collection is a true heart-warmer!

Into the Water - Paula Hawkins

The second book by the author of The Girl on the Train is a psychological thriller set in the English town of Beckford. The story is told through over 11 voices, those of many living in the town where a drowning pool seems to be a popular suicide spot. Sisters Jules and Nel are at the centre, with Jules returning to town for Nel’s funeral, who they say jumped into the drowning pool. But Jules knows Nel would have never done such a thing. This eerie work of fiction is the testament to Hawkins’ deep understanding of human instincts and unmatched storytelling abilities.

This young adult rom-com follows two young Indian-Americans whose parents conspire to set them up for an arranged marriage. Dimple, a recent graduate, is in desperate need for time off from her family’s constant coaxing to find Mr Right. Rishi, on the other hand, is traditional and on-board with an arranged marriage. Witty, peppy and refreshing, this is “the” chick-lit read for the winter season!