AI and IoT: an imperceptible power changing the face of technology worldwide 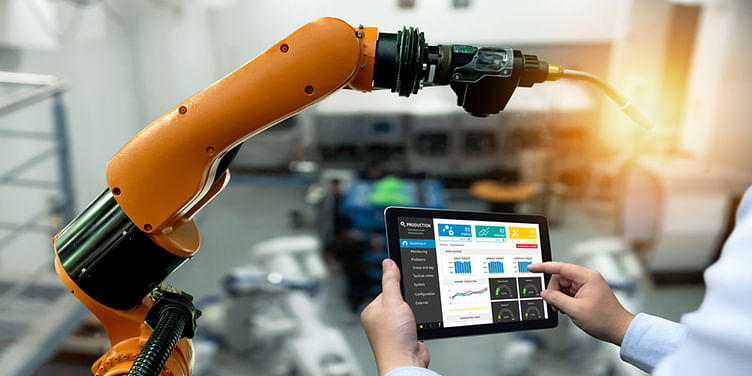 AI and IoT are no longer something you’d only encounter in science fiction. It’s moved on from there, and it’s even gone beyond being the sole preserve of giant corporations with deep pockets. In fact, it’s already here. In the services, we use every day, in our cars, in our gadgets, and even our phones.

Artificial Intelligence (AI) and Internet-of-Things (IoT) are two of the top three most lucrative technologies for 2018. With a 45-percent growth in jobs expected in just three months, AI and IoT are not career paths anymore; they are necessary buzzwords in your resume.

AI has literally taken over our lives!

Apple Siri and Google Assistant might be the most visible examples of AI’s presence in our phones, but there’s a lot more happening on this front. Samsung recently launched its own AI solution - Bixby. Akin to other AI assistants, Bixby lets you control your smartphone - from changing settings to creating alarms and adding calendar events. Then there’s Panasonic’s Arbo, which observes how you use your phone and picks up on any pattern it detects to help you - from turning on the Wi-Fi at home, to reminding you of missed calls and messages. Moving on from just smartphones, AI has pervaded our lives by means of bots. Today, bots answer your loan-related queries on banking websites, do assembly line operations at automobile warehouses, and answer your questions on e-commerce commodity deliveries. Sooner than later, a huge chunk of call centre queries will no longer need human intervention. A bot will be intelligent enough to understand and answer your queries.

In the context of AI, it is essential to also touch upon machine learning which is closely integrated with AI. A bot learns from repetitive logic, and this forms the basis of machine learning.

IoT is bigger than we think it is

IoT, on the other hand, is a much larger phenomenon simply because it involves connecting zillions of machines worldwide. Going back to our smartphone example, we can today control our home security system, air purifier, use our phone as a TV and home theatre remote control, and going forward, it will perform many more imaginable and unimaginable things. Large global conglomerates like Huawei allocated budgets for R&D in IoT as early as 2014, and signed on a catalogue of partners who provided an array of products that could be controlled by your Huawei device -- ranging from refrigerators to microwaves to your vehicle garage door. Recently, a Hyderabad-based company called Smartron unveiled its IoT development platform called tronX that allows you to invoke a voice-powered virtual assistant that has embedded a facial recognition software that unlocks your door and a sensor that gauges the level in your cooking gas cylinder.

Job creation at a frantic pace

The writing on the wall is loud and clear. There will be a 45-percent growth in the number of IoT and AI jobs over the next two quarters. From Gartner to IDC to PWC, everybody puts these two technologies in the top three most lucrative ones for 2018, and skill providers are constantly upgrading their curriculum and resources to ensure that skill gap doesn't hinder this elephantine growth.

Where are the jobs?

So, who can make in career in these technologies? Well, pretty much anyone. It doesn't take rocket science to understand that both AI and IoT are powered in the backend by technology that is agile, responsive and accurate. AI has opened the floodgates of new-age careers, some based on old, tried-and-tested languages and frameworks, as well as totally new platforms and languages.

AI has today found its cosy spot in most existing technologies, and new careers have been unlocked just to add this new creamy layer atop these technologies.

What should you aim to become?

IoT, on the other hand, has pervaded pretty much every job role remotely connected with IT, but you need to acquire specific skills on top of your regular tech competency in order to ride the IoT career wave. Some of the highest paying and most sought-after job titles these days are IoT Solutions Architect, IoT Cloud Architect, IoT Systems Engineer, IoT Security Developer, among others. For the more experimental and R&D driven folks, there are jobs like IoT Research Analyst, IoT Development Lead and the likes.

Any techie with a basic background in networking or electronics can jump onto the IoT bandwagon seamlessly. Also, IoT unlocks huge opportunities for UI, UX and application developers who can build their careers around developing and building apps for users and devices to manage and communicate with users.

It is not just consumer-centric IoT that is taking the world by storm. IoT is also being leveraged by large organisations across domains to connect various components of their internal IT networks. Industrial IoT is also gaining popularity and promises to offer even more jobs in the already blossoming IoT jobs market.

However you look at it, AI and IoT are here to stay and bring with them the promise of easing our lives, making our lives more efficient, and while at it, unlocking new career opportunities.