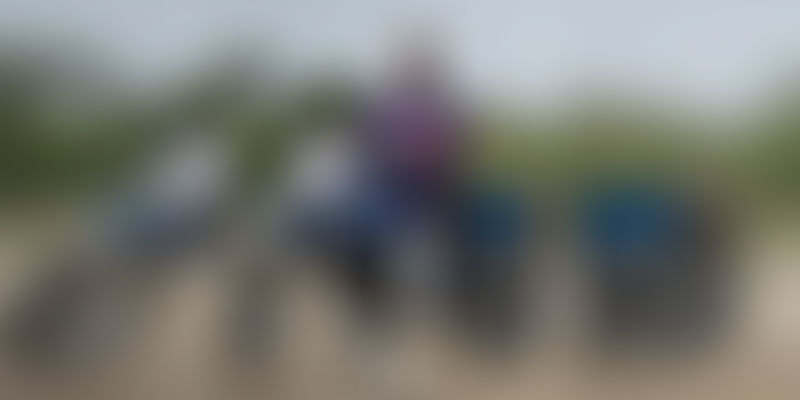 Aishwarya Pissay has won four championships in the last two years. Her path to success has been filled with ups and downs as she breaks barriers at every step.

Why do you want to ride a bike? You are a girl, you should stick to a 9-to-5 job. Aren’t you scared of bruises and marks if you fall off the bike? Don’t waste your time on racing; you will never improve.

This is what everyone around Aishwarya Pissay told her when the girl started riding a bike at the age of 18. Today, four year later, she has won four different championships in the sport. Even though she broke her collarbone in a race, it was but a tiny blip on her path. For this Bengaluru-based biker, racing is something breathes life into her, and is the reason behind everything she does.

When Aishwarya failed her Class XII board exams, her father, with whom she lived after her parents got a divorce, sent her out of the house. She says,“So I started living with my mother, and then I had to work as well as study.”

On the weekends, Aishwarya started making small trips around Bengaluru with her seniors but these trips were mostly on bike. She recalls that that was when she learnt to ride a bike.

“I started saving up and bought my first bike, which was Duke 200. I started using it for my daily commute. Every time I used to take out my bike, people used to look down upon me and make fun of me. I often used to think that riding a bike is not rocket science and if somebody can do it then so can I,” she adds.

Aishwarya took part in MTV’s ‘Chase the Monsoon’, that took her on a path from the Rann of Kutch to Cherapunji for 24 days. She was able to complete the whole journey. Meanwhile, Aishwarya also did two more rides-- the Saddle Sore, which is 1,000 miles in 24 hours, and Bun burner, which is 2,500 miles in 36 hours. After completing these rides Aishwarya’s friends encouraged her to take up racing seriously. “My friends told me that I should try out racing instead of wasting my life on the streets. After which I looked up racing schools and then found an apex racing academy and started training,” she says.

At the beginning, it was just a weekend thing for Aishwarya. A year passed by and she took part in the first race in February 2016. But Aishwarya failed miserably in that race. That was a turning point, says the 22-year-old biker.

“ The day I failed I knew I had to get more serious about my training. I asked coach Jeeva Reddy to train me and he agreed, and the very next day I joined the gym and every weekend I went to the track for practice,” recalls Aishwarya.

When people could not get to Aishwarya, they tried to dissuade her coach, but Jeeva stood firm in his support for the girl.

“He did not give up on me. The faith he had in me and my hunger to get better after I failed helped in my getting better.”

It is not just the long hours practising on the race track that keeps Aishwarya in form. Much preparation goes into each race. “I would go about my everyday routine, which includes a lot of physical fitness, along with visualisation and meditation with which I start my day. I take time to understand who I am as a person, what I should eat on a regular basis and the way in which I should control myself. All of this matter a lot” quips the 22-year-old.

Aishwarya points out the need to harness all her mental faculties because while we are equals in every way, she does admit to the differences in physical strengths when compared to men.

“I race with boys and they do have an upper hand in terms of physical strength and can take a lot more beating than me,” she adds.

The mud and slush

Around four months ago, Aishwarya broke her collarbone, and doctors inserted a steel plate and screws to fix the collarbone. She was asked not to race another three-four weeks. She says, “I had a race in just five days. Therefore, I got up and raced and won the championship,” the brave racer exclaims.

Then came ‘Raid the Himalaya’, a six-day gruelling international rally. Recalling an incident on the race she says,

“ On the fourth day, I avoided a big crash by a whisker, else there might have been a pile-up of two or three people. I fell along with my bike in a ditch and the engine started leaking. I got up and the bike after a while started but the gears were not changing. I had to change it with my hand and only two gears was changing. I finished 20km in that condition.”

Racing is no more a taboo

Having mindfully broken shackles and taboos that keep women from exploring such alternative paths, she adds,

“Biking is no more a guy thing and why should it be a guy thing? It is just a machine with a gear and clutch and what’s so different about it? Anyone could do it!”