Chanda Kochhar shows how you, too, can “take destiny into your own hands” 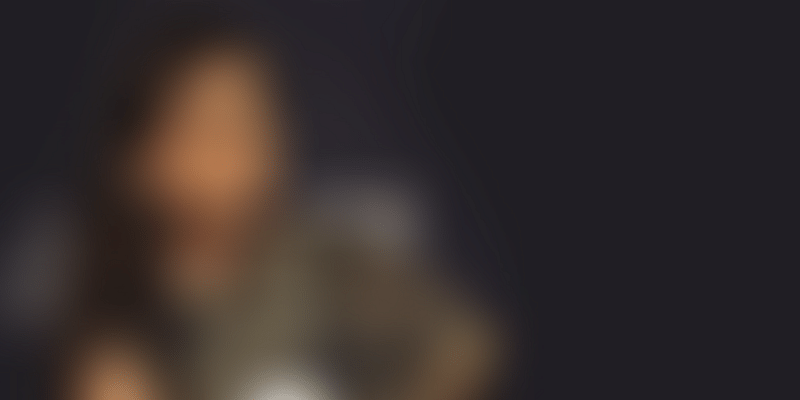 Being handed the role of leading a major bank is an accomplishment in itself, but steering the company through the aftermath of a financial meltdown is truly the test of a leader. In 2009, when Chanda Kochhar was appointed the Managing Director and CEO of ICICI Bank, one of India’s biggest banking entities, she had her work cut out for her. With India caught in a tailspin as a result of the 2008 financial meltdown, the economic downturn wreaked havoc in all sectors, especially banking, and it was truly a baptism by fire for Chanda Kochhar. But as they say, when the going gets tough, the tough get going. Chanda triumphantly led ICICI out of the insecure period through some tough decisions and paradigm shifts in strategy.

Considered by many as a transformative figure, Chanda’s approach was questioned by many industry leaders, but she always had the clarity and resolve to stay on course and let her results do the talking. As a result, ICICI came out almost unscathed from the aftermath of the meltdown, and as a stronger outfit. Chanda’s strong leadership skills are today celebrated in India and across the world, as she continues to figure in all major power lists that have been formulated since. She is also the first Indian woman to receive a Woodrow Wilson award and share a platform with the likes of Hillary Clinton and Condoleezza Rice.

A thorough professional, Chanda extends her intelligence by the process of observation and not making judgement calls in the air. Her approach, once questioned, is now relied upon as brilliant perspective and followed as an industry standard. We take a closer look at some of her qualities which have ensured her a place in the top rungs of industry leaders.

Setting the example for fearless leadership

Even as the world is just coming to terms with women leadership, leaders like Chanda help eliminate archaic beliefs and nuances about women in leadership. A versatile personality, Chanda considers the mark of a true leader to be leading their team during times of crisis. It is these moments where one’s talent and abilities are put to the test and only someone with true potential emerges from the challenge.

In Chanda’s case, many eyebrows were raised when she came onboard to handle the helm of ICICI. A lot of these doubts stemmed from the deep-rooted bias and pre-established gender roles in the banking sector. But Chanda rose above them all, answering questions and her naysayers with her efforts. One of her major initiatives was taking realistic measures to allow for financial inclusion for all strata of Indian society. Under her guidance, ICICI spread their operations to 15,600 villages and opened accounts for more than 18.5 million people. They even set up 3,000 ATMs in rural areas to meet the demand surfacing from rural households. All of this allowed the bank to retain its top spot and yet cater to the needs of every Indian bank user.

Chanda is a big believer in having hands-on experience as it lets individuals test the execution of their decisions and better understand the thought process involved. She strongly believes that even top management needs to be involved with day-to-day operations of their organisations so as to keep track of developments on-the-ground. At the same time, it is important not to slip into the trap of micro-management and to give your employees the space they need to deliver their best. In Chanda’s words,

“Getting that mix right—thinking strategically and staying close to execution—is the essence of the CEO’s job. You don’t want to micromanage every little thing and constrain the people on your team. But at the same time, you can’t get so preoccupied with a vision or dream that you forget about your next big product launch or technology initiative.”

Victory and success is in the details

In today’s world, when change is a constant that often happens at a breakneck pace, an eye for detail is important to keep abreast with emerging and leading trends and track volatile development in different spheres of business. At the same time, it is also important to keep a close eye on the little things within the organisation, so as to recognise impending crises and head them off early.

When Chanda took over ICICI, the bank was known for an exuberant high-risk approach, and customers were wary of high-handed behaviour from employees, experienced or otherwise. Chanda recognised the potential for trouble in this scenario, and gradually took steps to turn things around, focusing on improved customer experience and stability rather than high-risk investment and chasing growth. The payoffs have been tremendous, as ICICI has gradually developed into one of India’s top trusted banking and finance brands. As Chanda said in an interview in 2014, “What we have still continued is some of the strengths of dynamism, speed and so on but what we have changed or added is a lot more sensitivity to our stakeholders.”

Not a battle of sexes, but of equals

Holding strong views on the equality of sexes, Chanda believes that her role as a leader is based on her merit and capabilities, and not on her gender. She says women are on the same playing field as that of men and advises aspiring women professionals to always aspire to challenge the status quo and demand equal treatment.

Even in the present scheme of things, women are often forced to give up on their professional careers as they are burdened with family and domestic commitments. Citing this as unfortunate, Chanda implores them to reconsider such decisions as women have an innate ability to multitask and handle multiple responsibilities.

In one of her letters to her daughter where she motivates her to aim for the skies, she reinstates the quality of adapting to circumstances and not being afraid of the unknown. “Remember that good times and bad times will be part of your life equally, and you have to learn to handle both with equanimity. Make the most of life’s opportunities and learn from every opportunity, and challenge that life brings along.”

Redefining the nuances of leadership

In her eight-year journey as CEO of ICICI Bank, Chanda Kochhar has broken every presumption, shut down her critics, and redefined what it takes to succeed in the global financial sector, not just as a woman but as a leader. Of course, there have been a few stumbles along the way, and changing mindsets and fighting gender bias is a slow and laborious process, but Chanda continues to let her results do the talking, taking every challenge as it comes.

A true benchmark of hard work and diligence, Chanda Kochhar’s journey so far relays what one can achieve if they put their mind to pursuing their dreams. So take things in your own stride, and as she has said, “take destiny into your own hands”.