After cleaning out 120 tons of garbage, this Mumbaikar hopes to turn Dadar beach into a tourist spot 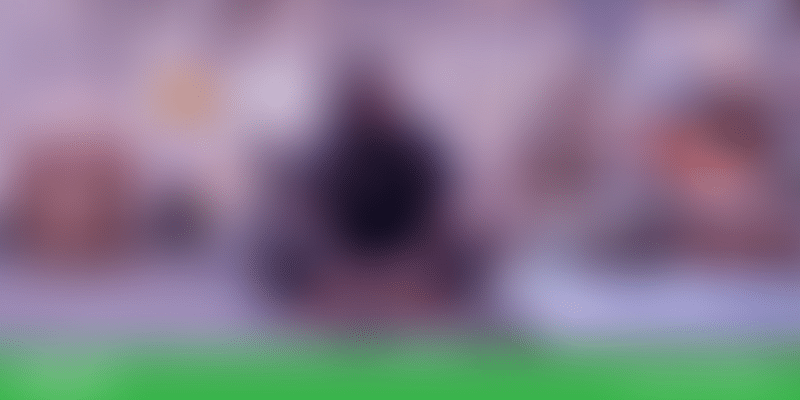 “The potential with Dadar beach is immense. You can view Worli Sealink on one side and Bandra on the other.”

Chinu Kwatra (27), co-founder of Aarna Foundation, is a resident of Thane. He started the initiative of cleaning and beautifying Mumbai’s Dadar beach, which was reduced to an open dump-yard.

With a little bit of Gandhigiri and dedicating Sundays to active volunteering, the initiative has led to collection of 120 tons of garbage in just 22 weeks. While the beach witnesses transformation, Chinu hopes it becomes a tourist spot and boosts the local economy of Dadar.

From being born into a rich family to a severe financial crisis when he was in the tenth standard, Chinu’s life has been a roller-coaster ride. He finished his 12th grade with support from his mother, and was able to pursue higher education.

In 2014, after he had completed his MBA and was working as a marketing professional, Chinu started an NGO, Aarna Foundation, with support from his cousin, Shweta Saroj as co-founder. The Thane-based organisation has, since then, been working in the space of education and hygiene.

However, in the same year, he was struck with a great tragedy. A girl whom he was dating for five years met with an accident and passed away. This hurled Chinu into a severe state of depression for the next eight months. He attempted suicide twice but stopped himself thinking about his near and dear ones.

Once he was out of depression, he started teaching and conducting small fun activities in schools, until September 2017, when he quit his job to focus full-time on social work and running his NGO.

Most people don’t know Dadar has a beach

A devotee of lord Ganesha, Chinu along with his friends accompanied the procession during Ganesha visarjan last year. Recalling the experience, Chinu tells us,

“We went to the Dadar beach see the Immersion of idols. We had known Dadar for two reasons, the (Siddhivinayak) temple and the Dadar Railway Station. We were surprised to see that Dadar had a beach. Only old Mumbaikars would now remember that Dadar once had a beach, which is now a dumping ground.”

Chinu recalls having seen over 500 idols of Ganesha lying around, broken. That broke his heart. Initially supported by 8-10 members of Aarna Foundation, soon a team comprising Chinu, along with Akshay Mandhare , Shraddha Jarande, and Prof Indu Mehta led the ‘Save The Ganesha’ campaign, requesting citizens and Brihanmumbai Municipal Corporation (BMC) to come together and ensure that the idols are re-immersed properly.

“But we extended the plan. Prof Indu Mehta from Welignkar College came to know that I was coming to Dadar and running a campaign. She got interested and supported us at each step. She told me 'Chinu, this is not a one day initiative. You have to take this further.'”

Once the team was done with re-immersing the idols, the ‘Save the Ganesha’ campaign was extended as the 'Save the Beach' campaign. “When we were immersing the idols, our feet were inside the garbage. That's how pathetic the condition of the beach was. The local residents had given up, but we continued inviting volunteers to join the campaign.”

Adequately inspired by the Versova beach cleanup led by Afroz Shah, the small group of Mumbaikars started visiting the beach on Sundays, picking up each little pile of garbage and dumping them in a truck provided by BMC.

The team started with cleaning a small patch behind Kirti College, which is the second entrance to the Dadar beach where a sewage line opens. The team zeroed in on a kilometre-long stretch from Kirti College to Prabhadevi behind RBI quarters. Members of the Aarna Foundation joined in too. The team also received support from NSS students and corporate entities including Indusind Bank, Virtual Support, and ITC Maratha, as part of their employee engagement.

Slowly and steadily, the beach cleanup gained momentum. Chinu’s long-standng involvement with social projects in the past came to good use as he was able to reach out to different colleges and seek volunteers. Students from VPM RZ Shah College, Satish Pradhan Dnyanasadhana College, Swami Vivekanand College of Management, and Sathaye College came forward to help.

They soon hit a major roadblock. “By the 15th or 16th week we had almost 90 tons of garbage cleared. This is when the cyclone hit Mumbai and the piles of garbage grew. Fifteen weeks of effort was washed ashore.”

Undeterred, the efforts continued, this time with an increased number of volunteers. “After the cyclone, the sand became loose. It was now easier to pick up the garbage. Over the next few weeks, the group of 80-90 volunteers was able to pick 10 tons of garbage each day,” Chinu tells us.

Having cleared almost 120 tons of garbage till date, the worst patch remaining is behind Prabhadevi, where cleaning still continues. Chinu says, “We had to dig a lot. Digging is difficult since we don’t have any machine. We just have one truck that BMC has provided to unload the garbage. There is no JCB or other machine which can use.”

Chinu’s team has also conducted a small survey in Worli village. “We came to know that garbage washes away from Worli to Dadar beach. When we conducted the survey we realised that is not the residents’ fault. The lane there is too small, and the garbage collection trucks cannot go inside. The residents of Worli village collect their garbage in one place, but when there is high tide, the garbage is taken in by the sea.”

The volunteers now plan to pick up garbage from Worli village too. “If BMC does not the manpower, our volunteers can help,” Chinu adds.

“The potential with Dadar beach is immense. You can view Worli Sealink on one side and Bandra on the other. It can attract tourists and boost the local economy.”

Now that the stretch is clean, one can see people taking walks and clicking pictures in the evening. But the plans of a full-fledged tourist location is far from reality. “There are no streetlights, toilets, or dustbins around. You’ll often find couples engrossed with each other, drunkards causing trouble, and people taking drugs on the beach. There is a need for a police booth here.”

“I am also in talks with corporates, if they can channelise CSR funds to put up lights, toilets, dustbins and contribute towards maintaining the beach.”

When asked how his team would ensure that Dadar beach does not end up the Versova way where garbage continues getting piled even today, Chinu says, “It is all about raising levels of awareness among locals. We have started using Gandhigiri on people dumping garbage. When someone throws away some, our volunteers salute them and clap at them, letting their own guilt do the trick.”