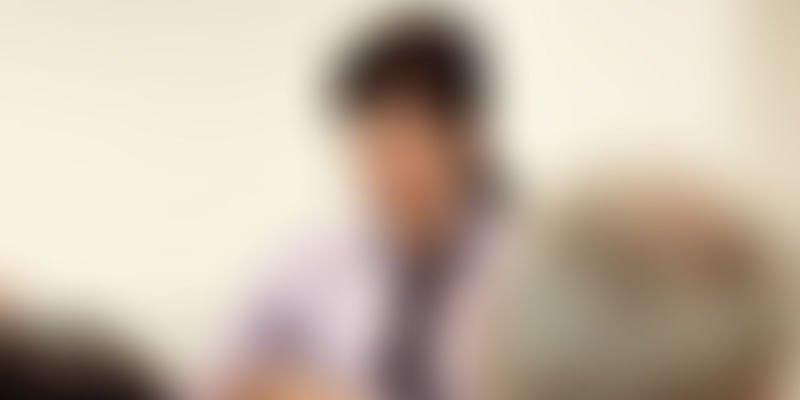 If a user were to go to an insurance company - with what Pria Randolph is creating, they would just need to submit their SuperId, which will automatically provide the company with the required verified documents and various other data points to prove their propensity for procuring the service.

Most of us often dream of a futuristic world straight out of a sci-fi film where one walks into an establishment and connected systems automatically map who you are and determine your propensity for financial, medical, insurance-based and any other relevant services within seconds. In two minutes, you could walk out with a credit card, or loan or, whatever you had sought.

To this dream, add in patented consent architecture for private data sharing, and you have the Bitgram SuperIdentity.

How the idea struck

Pria Randolph, co-founder of Bitgram, is a technologist with 15 years’ experience in the data intelligence and data protection space. The fact that she is also a certified clinical hypnotherapist is just one of the many compelling facets of her personality.

She started her career with Unisys in 2002 as a Java developer writing code to make domains compatible between Internet Explorer and the then Netscape browser. Having done exceptionally well, she landed a data security project called Defense Against Real Threats (DART) – her first brush with extreme data protection, fraud prevention and tamper-proof systems.

“The harder it gets to tamper a digital system, the cleverer the fraudster or fraudster-algorithm becomes. This realisation set off a chain of events that would, in 15 years, sow the seed for Bitgram,” she says.

Another year with Unisys, and Pria was once again making disparate software systems compatible, which got her thinking – why do technological incompatibilities make slaves out of man, and why should there not be a design pattern that would first create a compatible model for competing technologies?

She spent the next eleven years working in the deep security tech space for large pharmaceutical clients who were susceptible to billions of dollars in losses due to tampering and fraud. “My co-founder and I, being niche-skill experts in the product that we built over ten years, created a business intelligence and data warehousing consulting company called InitCodes in 2014, the success of which made us consider building our own product in-house,” she says.

Bitgram was founded in February 2017 by Pria along with her co-founder Rohit Chaturvedi, after almost a year of market research. Guided in its early stage by the IIMB fraternity, the idea was honed after mindshares with Nandan Nilekani and Sanjay Jain. Pria also procured a certification in Fintech and Blockchain from the Massachusetts Institute of Technology, where Bitgram was selected as a Capstone project.

In today's digital economy, the common denominator that cuts through various industries is a trustable digital identity and linked data. Pria concluded that having a solid global digital identity intelligence is imperative for the progress of transactions, companies, businesses and the nation at large.

Real-time collaborations between global businesses, for instance, a bank, hospital and an insurance provider through the digital identity is no longer in the realm of imagination; but is becoming a reality thanks to Bitgram.

“The fact that one out of seven individuals in the world is unable to prove their identity is a serious impediment to the endeavour of financial enfranchisement for more than a one billion people on the globe,” explains Pria, on the inspiration behind Bitgram. What’s more, in 2016, banks lost $16 billion in identity theft alone. A real-time trust-based system like SuperIdentity can solve both these problems.

Bitgram aspires to foster data privacy and self-sovereignty, at lightning-fast speed. “While on one hand, businesses should be able to understand their customers well, on the other, we want to make absolutely sure that the end user is in control of their personal data and its usage,” she says.

Bitgram uses machine learning and Blockchain to create a secure SuperIdentity across time and space, that can be thought of as your DNA in the digital universe.

Picture this - Every time a bank on-boards a customer with a set of documents for any service, say a loan, Bitgram does the following things:

1. It extracts the data from the documents and converts it into digital content. This helps banks feed the data into their application forms or backend systems automatically, thus saving a lot of time and costs associated with employing people to do it instead.

2. Their machine learning algorithms zip through millions of data points (publicly available, as well as on the network) and validations to figure out if all of the documents are consistent with each other, or whether there is any fraud or forgery.

3. It then constructs a portable standard packet on the blockchain, called the SuperIdentity, that the user and the bank can now reuse for any documents or data they might need in the future.

The SuperIdentity gets stronger over time as the individual keeps interacting with more and more businesses. With time, interacting will thus become faster and nearly real-time. Thus, if the same user were to go to an insurance company, for example, they would just need to submit their SuperId, which will automatically provide the Insurance company the required, verified documents.

It brings value to both the business as well as the individual. For banks and businesses, the value proposition is automated digitisation of content from document photos or scans into backend forms, to advanced fraud and forgery detection and forensic intelligence. “We have a secure Blockchain base, and are fully API based which means easy integration with businesses’ legacy systems,” Pria explains.

“Our thought process started with wanting to help low income households make digital payments and have a digital presence. We saw that micro transactions were costly for the lower economic strata and predominantly drove them to stay within the cash economy,” she explains. The Bitgram app supports regional languages, and has started with Kannada and Hindi.

To help customers realise immediate business benefit has been Pria’s focus. Bitgram can be easily adopted by subscribing to the ML-based services using a SaaS model. Fraud and forgery detection is one area where customers would like to use API calls without needing to worry about heavy integrations.

The team is currently working with multiple banks, and a European life sciences company that uses Bitgram SuperIdentity to develop drugs. Backed by Singapore MAS and the Andhra Pradesh government, Bitgram is now working on a use-case that deals with driving licenses as SuperIdentities on the Blockchain. The ASEAN market is next in its pipeline. Bootstrapped, it now has paying customers. “Right now we are growing. Increasing our team size by 100 percent, increasing our customer base by 100 percent,” says Pria.

Getting it off the road

“The toughest challenge I’ve faced as an entrepreneur is to be able to explain a product and technology whose sophistication is ahead of its time to people who may not have it in their agenda to worry about large efficient systems that can save billions of dollars for the world,” she states.

While explaining her product’s value was one challenge, proving her own as a woman in tech, was another equally pressing one. “I have dealt with biases like being told that I cleared interviews by good looks alone. When the roles reversed, and it was my turn to conduct interviews, I was asked by poor unsuspecting candidates if I was the HR rep - before I zapped them with hard tech questions! My message to them - techies can wear high heels. Having said that, I have always enjoyed the wonderstruck reaction people gave when they recognised this bias,” she recounts.

“I am reminded of a very profound thought Ajay Ramasubramaniam, Director, Zone Startups India, put across in a session at the EmpoWer bootcamp - use the woman card, but only for the virtues, a woman embodies – like compassion, stability, and quick thinking. In my career, being the woman in the group has seen me play the nurturing role and most importantly, allow both men and women to open up and speak about their problems. Only a woman can prevent a tech-dominated world from becoming robot-like. We are the ones that must remind the world about the human element in transactions,” she says.