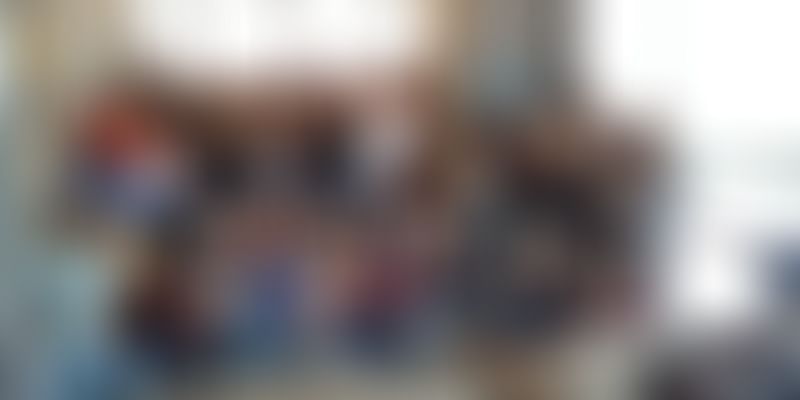 Pocket Aces, a digital entertainment and content creation company, is leveraging technology to create engaging content for the Indian millennial through Dice, its digital video division, and FilterCopy, a mixed-media offering.

It was July 16, 2017, and the buzz in India was around the seventh season of Game of Thrones. Everyone wanted to catch the premiere episode in the morning so there were no chances of being bombarded with spoilers through the day.

Hotstar, Star Network's over-the-top (OTT) app aired the last two seasons of GoT. It was diligently promoting that it aired the uncensored version of the shows, and for any GoT fan, the uncut version was what really mattered.

It is no secret that video content consumption is on the rise. No surprises then that the number of OTT content providers are growing. One player making waves in this segment is Pocket Aces, which makes video content that appeals to younger audiences.

Funded by the likes of Sequoia Capital and the co-founders of Infosys, Pocket Aces was founded by three 33-year olds - Ashwin Suresh, Anirudh Pandita and Aditi Shrivastava.

The trio, which graduated from the US and had lucrative banking careers, started Pocket Aces to get into the movie business. “It was a secret dream and passion I had always nurtured. But like any other Indian middle-class boy, I focused on a lucrative career,” Ashwin says.

When in New York in 2008, Ashwin would often return home early as the markets were down. He soon filled his time with film classes and worked at film festivals.

Aditi, his wife, was working part-time in the social sector. In 2011, the couple decided to move to India. Aditi soon began working in the social impact sector, while Ashwin joined Reliance Entertainment, and by 2013 was Creative Head at Junglee Pictures, Times Group’s film studio.

Meanwhile, Anirudh had moved back to India after completing his MBA at Wharton, and was working with a hedge fund in the US.

Ashwin says: “During this time, I realised that if I really wanted to have an impact I would have to do something of my own. I didn't believe existing structures could create the kind of content I wanted or empowered even some of the best creators.”

Changing to a social format

Pocket Aces was started as an attempt to create a viable career option for budding writers. Ashwin says that until then the best writers were choosing other professions as there weren't many writing options.

However, with time, the co-founders realised that it would be better to bypass some of the traditional gatekeepers of traditional content businesses - big studios, distributors and movie producers - and go directly to the audiences.

The team instead decided to pivot to completely focus on digital media. Ashwin says they decided to take a bet on Facebook videos, which paid off.

Pocket Aces now has Dice, which regularly releases fiction content on various social channels. One of their famous shows has been - What the Folks. The team recently also launched Gobble, a food network.

Their other platform is FilterCopy, Pocket Aces’ proprietary publishing platform that posts articles on issues that are trending globally. They also produce two-minute daily videos; these are video hackers/teammates who know all facets of video creation, from ideation and photography to post-production.

The company’s brands - FilterCopy, Dice Media, and Gobble - have clocked over a billion organic video views on the back of heavy social sharing and high retention rates.

Pocket Aces doesn't use any existing platforms for its backend, and is building things entirely from scratch, using popular web and mobile development technologies and frameworks.

As of October last year, it had a social reach of 35.9 million. Facebook video views were at 119.7 million.

“We realised that people were consuming content regularly and we needed to show up on their timelines consistently,” Ashwin says.

India has a large and growing millennial population – young, tech-savvy consumers with rising earnings potential and disposable income. This demographic has historically been and, will continue to be, an early adopter of new technology and new models of media consumption. With the demographics stacked in India’s favour for digital consumption, the country is a market ripe for digital media investments.

According to an Ernst and Young report, as of 2015, the number of digital video viewers was at 110 million. The digital media segment is set for disruption, and is expected to reach Rs 200 billion by 2020. The report adds that the digital ad spend is expected to grow at 23 to 28 percent.

The growth of these numbers is clearly visible in consumption patterns. As of 2017, YouTube had more than 500 million hours of video watched every day. Close to one-third of online activity is spent watching video content.

“People were discovering content through social channels. When we spoke to people and asked what show were they watching, we found it was never an Indian show. Nobody even had an idea what was happening on prime-time television,” Anirudh says.

The team figured that if all the young people weren’t watching television, it was because traditional content creators and television houses had over the past few years not created content that interested millennial audiences.

Anirudh explains that the video was timed perfectly, as the government was banning everything. That, he feels, was their advantage.

“We got lucky there, because with that video we had timed it perfectly,” Ashwin says. However, three months later, the team consistently failed in creating the right kind of content. The first 20 videos failed.

“We were able to discover Mithila Palkar, and that was the only the good thing there,” Ashwin says. However, Pocket Aces soon began using data – the team knew it was imperative to be scalable to replicate their success. They also realised that there was a difference between shareable and watchable content.

Strategically, with FilterCopy, the team decided to focus on short-form videos. This was keeping in mind consumers’ tendency to consume different forms of content in spurts throughout the day.

“The strong focus on video, which could be easily distributed across social media networks, gave us an edge over the competition. Also, consistency was the key,” Anirudh says. He adds that Pocket Aces has an iterative lab-like process to create content. The idea is to keep testing.

Citing an example, Anirudh says that the team checks performances of articles and memes, and then converts them into videos. While it is all entertaining for audiences, it internally works as a feedback mechanism on the kind of content people are consuming.

Anirudh believes that Pocket Aces has primarily altered the way content is created by embracing data-driven decision-making and a hypothesis-driven content creation mechanism.

The team claims to have created several proprietary data analysis tools that focus on metrics like comments, engagement rates, retention curves and like/dislike ratios to name a few.

However, creating quality content at scale is a challenge. Using their technology that is designed for scale, the team measures campaign and advertiser analytics along with using data analysis to build and create better content.

Ashwin and Anirudh say they use technology and analysis to increase the probability of success.

“You need to have a creation system that works quickly. One cannot take forever to create content, because then you don’t have a business but are just an individual creator. We have trained our writers to create content on a weekly and daily basis,” Anirudh says.

When Pocket Aces started they would do one video in two weeks; today they claim to bring out three videos a week. Anirudh feels one of the biggest bets they took was hiring people who lacked experience. “These aren't people jaded by industry norms; we needed people who were willing to try new and different resources,” he says.

When it comes to revenue, PocketAces has different sources. One of the biggest is branded or native advertising, which is both direct and agency sales. The team also earns fees by licensing and syndicating their content to other OTT platforms and TV networks. They earn ad-sharing revenue, and are also experimenting with new content-based models like merchandise sales and affiliate revenue.

Aishvarya Chanakya, VP, Marketing, Furlenco, says, “Our largest target group is the urban millennial who believes in living life to the fullest, both inside the home and outside. Pocket Aces was the right partner for this campaign, and it has been a pleasure to work with them as their relatable content eyeballs these consumers.”

What’s up next? Apart from building more videos and digital content, Pocket Aces is now focusing on building and scaling Gobble.