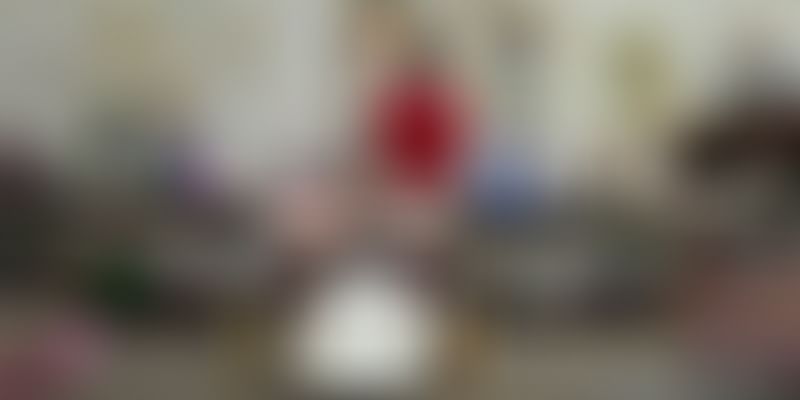 Sikanto Mandal was a ninth grader when he conceptualised and designed his unique ‘swachhta cart’.

Sikanto Mandal’s early morning duties at school were a little different from that of other children who indulge in prayer and lessons. At the Jai Gurudev Sanstha School in Mathura, which provides subsidised education to underprivileged children, Sikanto and his classmates first cleaned their school premises.

Usually girls swept the ground and boys collected the garbage and then dumped it. I observed how many of my friends hesitated to touch and lift the garbage with their bare hands. This set me thinking and urged me to innovate something that would solve our garbage collection woes, says Sikanto.

Sikanto then pitched the initial idea to his school teachers who further encouraged him to apply for the Inspire Awards. “To my surprise, my entry was selected and a sum of Rs 5,000 was transferred to my account to build my garbage-collecting device,” Sikanto adds.

The 15-year-old then spent one and a half months to construct his first elementary model of the manual, mobile garbage-collecting device. Designed after lots of trial and error, the initial model was mostly built using wooden parts from old furniture, bicycle brakes, chains, and other waste materials.

Convenience is the differentiator

When questioned how his innovation differs from other existing garbage carts, Sikanto enthusiastically explains:

All the other devices in the market are mechanical and are run either on battery or fuel. My cart is completely manual, light-weight, and easy to operate.

Sikanto’s mobile garbage-collecting device (for which he now holds patent) comes with simple yet unique fittings — a picker that aids in collecting garbage without touching it, a gripper and a handle which upon operating helps in easy dumping of the garbage without having to completely topple the cart.

I have also provided customised spaces in the cart where people collecting garbage can keep the broom, a water bottle and other waste materials they might pick on their way, adds the enterprising teenager.

These added special features makes the cart ideal for use by municipal workers who toil hard to collect garbage in urban spaces such as parks, schools, etc.

First exhibited at the district level of the Inspire Awards, Sikanto’s garbage-collecting model won several accolades and was also selected for display at the state and national level. “In 2016, I exhibited my model at the National level in Delhi as one among the three entries from Uttar Pradesh,” says Sikanto, whose innovation at the event was recognised and appreciated by the then Science and Technology Minister, and the National Innovation Foundation (NIF).

NIF then helped Sikanto build a proper prototype (made of metal) of his product and market it to potential enterprises. The technology behind mobile waste-collecting device is now transferred to Sarjan Innovators Pvt Ltd, a Gujarat-based startup. "We are keen on beginning the mass production of this device soon", says Gaurav Acharya, an entrepreneur who has acquired patents for commercialising the cart.

The Swachhta cart enables a very professional way of garbage collection with a certain ease of labour in reduced time, he adds.

Gaurav has supplemented the original model with a few more convenient modifications and has already piloted and checked the efficiency of the cart in the city of Patan in Northern Gujarat. Priced at Rs 10,500, the Swachhta cart will soon roll out into municipalities of other cities across India, promising to boost the Swachh Bharat Abhiyan.

This socially-relevant design was exhibited at the week-long Festival of Innovation 2017 held at Rashtrapati Bhavan in March last year. Sikanto was also the youngest innovator to participate in the recently concluded ‘Innovation Conclave’ conducted by NIF to celebrate and encourage grassroots innovators.

Hailing from a family of migrants who moved to Uttar Pradesh from Kodla village in West Bengal, Sikanto aspires to become an engineer who innovates hatke (unique) machines in future. Having fought poverty and difficult circumstances in life, Mathura’s young innovator also has big dreams for his family.

One day I hope I can help my family build our own house in Kodla. I also want to help my elder brother complete his BSc without having to fund it by working in the factory, Sikanto concludes.