Tez is an incredibly critical part of what we do: Google 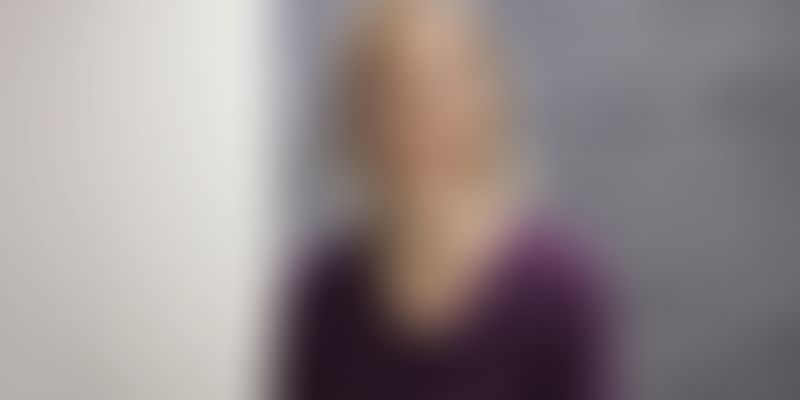 There is this assumption that once companies become behemoths, they stop innovating. Two global giants - Google and Amazon - are debunking this myth.

Google has clearly stated that it is focusing on emerging markets and is aggressively concentrating on bringing the next billion users online.

India is an important market for the US-based tech giant. And Tez, the UPI-based payments app that Google rolled out for India last September, is an important piece of the puzzle that the company is putting together to get these new users online.

Google has claimed that, as of December 5, 2017, the app had 12 million active users and had processed over 140 million transactions. Though seen more as a peer-to-peer payments app, the company says over 5.25 lakh merchants across the country are already using Tez.

YourStory spoke to Diana Layfield, Vice President of Product Management at Google, on how important Tez is to Google and what we can expect in the near future. Edited excerpts:

Diana: The idea was that we would create a low-cost instant payment solution. I think it has been pretty visionary.

The first is building on UPI rather than starting with credit card infrastructure, which we had in other markets. We will add cards and we will add the Android Pay functionality. But for us it was important to start with UPI, because it was accessible pretty much to everyone.

Regarding some of the specific features, the UI vision was towards what will work in this environment. We understood, from all the other work we have done in the market, the importance of personal communication.

So payments are not just payments. They are basically an interaction between two individuals or between an individual and a merchant. We wanted to reflect both that personalisation and comfort with conversational interfaces.

It is almost a little bit like a chat up or chat heads or personalised icons. So the communication style of the interface and the threaded conversation make it very easy to find -- when I last paid someone or what the payment to the merchant was. We are very driven by the environment.

I think another callout will be Audio QR in the cash mode. Most phones here don’t have NFC (Near-field Communication) technology and a lot of PoS terminals in India aren’t NFC-enabled. So we looked for technology that will be more or less universal, but at the same time be highly secure and highly efficient.

That was the genesis behind the Audio QR technology. The “Cash mode” implementation of that was driven by the idea that in some environments, while dealing with small merchants, people don’t want to share their phone number for a digital payment. Cash Mode-enabled allows you to do that.

These are some things specific to India.

Q: Why have your own payments app when there are so many out there?

Diana: We believe in building ecosystems. So we want to build a platform for digital payments, where people can pay whenever and wherever they like, and pay with whatever form of payment they like.

We absolutely believe in UPI; it is extremely important for us to lead with. Having said that, we will bring credit card payments and even wallet payments.

We feel most other apps are very specific, either to a particular technology or to a form of payment. We wanted to build something broader and ecosystem based.

I think the second was that there were a couple of things that we could bring to the party, which weren’t present at that time.

I think the first is security. I don’t think there are many people in the market who can challenge us on security. And in the field of payments, it is hugely sensitive for people and critically important that security is the best out there.

Then the fact that Google has a track record for bringing user-focused apps that create value for users. We thought that both with design and interface as well as execution of newer features going forward, we will bring new things to the party.

I hope that you will see that in terms of feature innovation, when we bring in geolocation-based functionality.

Q: What are some of the newer features we can expect in the near future?

Diana: So the one that is rolling out immediately, as we announced at Google for India, is Bill Pay.

I hope that you will find it a more seamless and better way to pay bills than any other solution out there at the moment.

Once set it up, it will be incredibly simple to pay bills every month as it will offer a fast and smooth experience, apart from being extremely user-friendly and secure.

Q: You are rolling out the bill payment functionality in association with UPI 2.0 or on your own?

Diana: You don’t have to wait for UPI 2.0 to pay bills through UPI. The functionality for storing the information already exists. We are launching that right now.

What you don’t have for the moment is to be able to set automatic recurring payments until UPI 2.0 is rolled out. But absolutely, we do understand the scope of UPI 2.0 and with progressive releases, we are focused on how we build additional functionalities that use the capabilities of UPI 2.0.

Q: Could you tell us more about the payment ecosystem and the different kinds of use cases?

Diana: The first area is around building exciting features. Things like UPI 2.0, which will build your ability to make seamless payments, settle bills, and pay other forms of recurring costs. And we will continue to innovate around that.

The next category is merchant payments, and we are excited about the opportunity of online and offline merchants.

For online merchants, I think we have already built an exciting experience. The merchant just needs a few lines of Java script to incorporate the web payments API. That enables them to be paid using Tez, remaining within the app. So if I am making a purchase on a mobile app, I don’t need to move out of the site, activate payments, and then come back to it.

For offline payments, we are really just interested in the opportunity for small and medium-sized businesses. We are working with our business teams to create compelling offerings for small merchants.

From an economic perspective, people comfortable using digital payments will be a big boost to the economy. We are excited by that.

We already have over 500,000 small merchants using Tez. We are looking to expand that.

Q: Could you elaborate more about your merchant solution? Activating the merchant ecosystem?

Diana: We can already use QR code within Tez. Tez itself will generate a QR code to be read, both for an individual and for a merchant. It can read QR-based payments

There are some limitations to using QR. We are using Audio QR, which is superior in terms of security and efficiency. But we will continue to use QR and will be using BharatQR for UPI and card payments.

We are enabling people to make payments in the way they want to; we are not supporting one payment option over the other.

More specifically about payments, I think small merchants value speed and convenience and they think about cost. So we will continue to think about ways to provide additional services to smaller businesses and help them reduce costs and take payments smoothly.

Q: What about your expansion plans? Especially Tier-3 markets?

Diana: What is interesting is that a majority of Tez transactions are not in the top metros. We have seen a lot of activates in Tier-2 cities.

We can’t give you a granular breakup, but it’s not concentrated in any particular location. So if you take out the top three metros, you will still be left with the majority of the transactions. So we are seeing activity in other places.

I think what needs to be developed is the merchant ecosystem in Tier-2 and Tier-3 cities.

It’s a long game and we all have to work continuously. All the players, whether it is the government, the NPCI or app players like us, we need to continue building that ecosystem in those cities.

Q: Tez has seen some impressive transactions numbers. But there is a view that this is because of cashbacks and scratch cards. Is that causing any concern?

Diana: Sure, I think we are very comfortable with where we are with this. We don’t actually give cashbacks in that sense. There are two types of rewards possible. The first is referrals. We found this to be an incredibly powerful and very cost-effective way of building a chain network.

Say you use Tez and you love it and you want to refer it to your friends and family. It's more effective to have some incentive for that. We found it to be a great way to build the network and we are very comfortable with that.

Our scratch cards are not cashbacks. Many people usually don't get anything at all when they transact, but there is that excitement, invitation and surprise in the app. We want to make it engaging and I think that's been great for us. It is also very cost effective. We want to get people to try digital as an experiment, which is the right way in the long term.

Q: Will you take some of the features you have developed for Tez outside of India and integrate them in Google Pay globally?

Diana: We are interested. We are thinking about where we take Tez and its functionality next; there are a number of global growth markets quite like India but different in some respect. We work very closely in Google across all of our different products. We are thinking all the time what feature list we build in one area, and which we want to bring to others. So yes, for sure.

Q: We know Tez is part of Google’s push to get the next billion users online. But, give us a sense of how Tez is important for Google, how much investment you are looking at into Tez, and the team that is focusing on Tez?

Diana: It is really important for us. We believe it is an incredibly critical part of what we do. And we think that the whole digitisation of the economy is incredibly important. We have a big team working on Tez all around the world. We won’t be able to give a particular number but it's certainly our biggest team.

Diana: There are three things. The first is around more places to pay, both online and offline. The second, as I mentioned, is adding cards and other forms of payment to the platform. The third would be around adding a good amount of user features that will add to that expansion.

You can imagine some of the things we might be able to do with geolocation of merchants to help you understand where you can pay. We talked a bit on the merchant’s ability to make offers on the platform. And I think that functionality for merchants and consumers to be able to communicate, on permission basis—that’s what would make it really exciting.

Q: Will you look at acquisitions at all?

Diana: Like anybody else we will look, but we have no specific plan.

Q: Will we see the Tez on Android phones by default?

I think there are a lot of opportunities for us and other players to innovate and grow the digital ecosystem. I think that is going to be enormously positive for the economy and the country. The focus really will be on innovation and bringing some of the dimensions where Google has leadership--in security, in machine learning, in geolocation-- to bear and to really build exciting features.