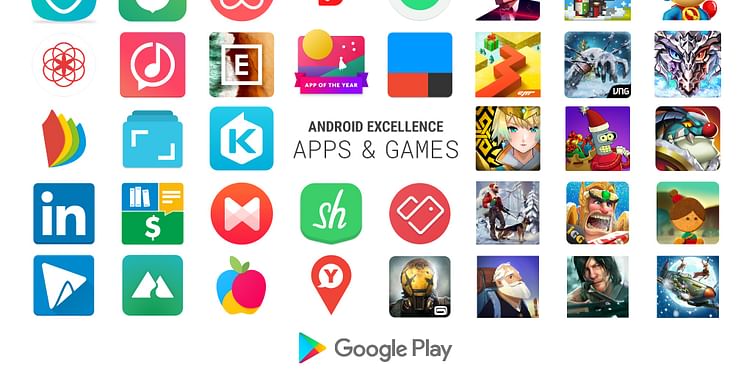 Money and investment led the apps, while puzzles and adventures was a hit with the gamers.

Google Play has just released its list of top Android apps and games in Q1 2018. The ‘Android Excellence’ apps are the top-performing, and ones that offer the best experiences on the Play Store. Twenty-two new apps and 16 games have made it to the list and will be displayed prominently by Google.

On its official Android developers' blog, Google explained the criteria behind the selection. “The new collections will showcase apps and games that deliver incredible user experiences on Android, use many of our best practices, and have great design, technical performance, localisation, and device optimisation.”

Leading the pack is 1Tap which is a personal accounts management app. It has a tax calculator and allows you to generate tax receipts. You can scan a receipt or an invoice through a photograph and auto-feed it to your records. If you are a freelancer or a self-employed individual, this app is for you.

The second spot went to Acorns which is an investing app with over two million paid users. Through the app you can invest your “spare change” into a diversified portfolio of ETFs of over 7,000 stocks and bonds automatically. You can keep a track of your investments through the app as well as enjoy a fraud protection of up to $500,000.

Third in the list is Airbnb, the popular travel and hospitality app. You can book an accommodation, discover places, and book an experience on a solo, family or business trip. Over four million vacation homes across 191 countries are available on the Airbnb marketplace.

Agent A topped the Android Excellence games list. It had made it to the 2017 list too. It is essentially a puzzle that plays out like a five-part episodic tale of espionage. The game features stylish 1960s art, 26 environments and 42 puzzle screens to choose from, and 13 achievements to play for. Users have rated the game a high 4.7 on the Playstore.

The second is Bit Heroes, a massively multiplayer online role-playing (MMORPG) game. It is a retro dungeon crawling adventure that plays out in 8-bit and 16-bit on your mobile screen. Players can explore six vast zones with over 70 randomly-generated levels and raids. Bit Heroes is free to play, but some extra game items can be purchased within the app.

Bloons Supermonkey 2 has grabbed the third spot. This is a bright and colourful game where players become Super Monkey and have to pop hundreds of outlandish balloons invading Monkey Town. There are over 90 levels and users can collect weapons and bloon-shedding power-ups as they go along. This is a paid game and has been rated 4.6 on the Playstore.