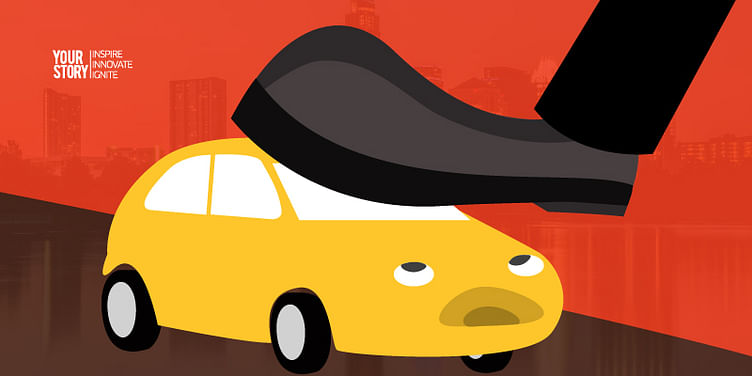 Differences between app-based cab aggregators and the governments of Karnataka and Delhi seem to be back at the forefront. In a move to further regulate ride prices, the Karnataka Government, on Wednesday, notified a minimum and maximum fare for cabs operated by Ola, Uber, and any other app-based or radio taxi service.

However, the woes of Bengaluru-based Ola and San Francisco-based Uber didn't end. Driver incentives were slashed, which led to protests across different parts of Delhi and Bengaluru. That was not all - cab drivers in Bengaluru launched their own platform, Namma TYGR, last November, saying they would build a service that was fair to all.

With the recent notification by the Karnataka Government, cab aggregators will have to introduce four categories of fares - now the cost for hiring a small cab, a vehicle that costs below Rs 5 lakh, or more commonly known as uberGO and Micro, will be Rs 44 for the first four km. The surge pricing for this cab will be between Rs 12 and Rs 24 for each km, as against the existing Rs 15 and Rs 11.

Luxury taxis, for the first four km, will charge Rs 80, and a maximum of Rs 45 and Rs 20 thereafter. The move has been taken to protect drivers against predatory pricing that both Ola and Uber allegedly use.

While Ola did not respond to an email sent at the time of publishing the article. Christian Freese, GM, South, Uber India said in an email statement:

“We welcome the efforts taken by the Government of Karnataka to revise the existing fare structure, keeping in mind the interest of hundreds of thousands of driver partners. The revision will help improve their earning potential and create sustainable livelihood opportunities. While it is a step in the right direction, we believe dynamic pricing will help increase reliability for riders and improve asset utilisation for driver partners. We remain committed to engaging and working with the relevant authorities to enable regulations that can enhance the future of urban mobility in the state.”

However, drivers continue to be sceptical of this move. A driver who is attached both to Ola and Uber adds that even if the government adds the price bands and brackets, both cab aggregators will nevertheless find a way to discount and retain the customer.

“The companies want the customer to book a ride with them. And if they feel that the extra price will be too much for the consumer, they will find some or the other way to discount,” added the 35-year old driver.