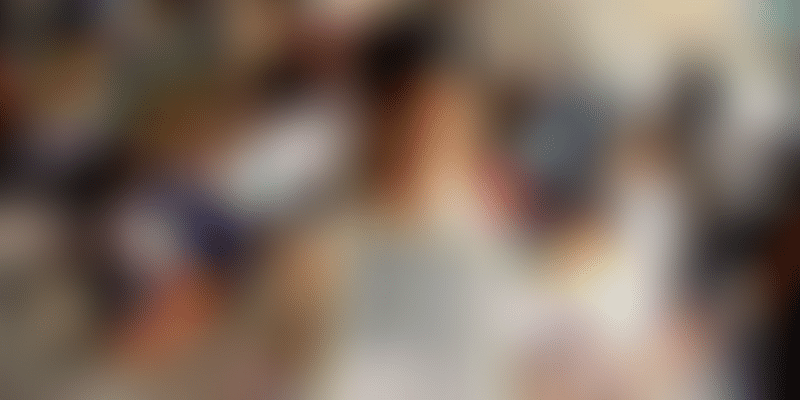 Children account for over 39 percent of the population of India as per the 2011 census. However, a close look at the overall trends in budget for children indicates stagnancy in overall investments allocations.

Any target, as it is said, must be measurable and realistic. When the Ministry of Women and Child Development drafted the National Plan of Action for Children (NPAC) in 2016, they were looking to address four priority areas pertaining to children's rights to survival, health and nutrition, education and development, protection and participation. The pledge was to carry forward the goals of the last action plan, framed back in 2005, for a period of next five years, 2016 to 2021.

To make the plan robust, it also defined objectives, sub-objectives, strategies and action points. These had set indicators in order to measure progress under these priority areas. They also identified key stakeholders for proper implementation of different strategies. This action plan provided a roadmap linking policy objectives to actionable strategies.

The aim was to address the issues identified on the basis of existing data. The targets set by NPAC are realistic, challenging and measurable to a large extent. The framework does look at a plethora of legislations, policies and schemes. It also outlines the pathways. However, it misses to find a correlation between the commitments and financial allocations.

Apart from a small paragraph in the later part of the document, policy remains silent on what is the plan in terms of budgetary allocations.

There has been a series of amendments in legislations and changes at policy level and forward movement in the last couple of years. Unfortunately, even this does not seem to be in correspondence with the budgetary investment.

A quick look at the overall trends in the budget for children over the past 15 years indicates at just a little incremental increase in overall allocations.

Only 2009-10 saw substantial additions to the budget for children due to the introduction of the RTE Act. Otherwise, there have been no major transformative shifts in the overall investments for children.

The health target set by NPAC is to reduce neo-natal mortality rate (NNMR) to 21 and Infant Mortality Rate (IMR) and Under 5 mortality rate (U5MR) to 25. Data from the Sample Registration System 2015 shows that NNMR is still at 25 and IMR and U5MR are at 37 and 43 respectively per 1,000 live births.

The rate of reduction needs acceleration. And this definitely needs accelerated and intensive programme implementation, increased focus on preventable diseases and a stronger secondary and tertiary healthcare system and services.

There is a need for concrete efforts to build capacities of ground workers, reiterating the commitment in providing nutritious meals to children under Integrated Child Development Scheme (ICDS) and Mid Day Meal (MDM) and bridge gaps in infrastructure and personnel.

In the previous Union Budget (2017-18), the total health and development budget amounted to Rs 19,954 crore, which is about 0.92 percent of the total Union Budget. On the other hand, the amount budgeted for ICDS is Rs 15,645 crore only, even though it just covers 50 percent of the child population under six years. It is certainly time for this narrative to change.

Our children should not be dying from preventable diseases. We must strive to provide them a healthy and nutritious start to life.

NPAC targets to bring the Net Enrollment Rate (NER) at Primary (Grade I to V) and Upper Primary (Grade VI to VIII) to 100 percent before 2021. The rate is currently at 87.30 percent for primary and 74.74 percent for upper primary (UDISE 2015-16). This requires an improved budgetary allocation in school infrastructure, training and development, monitoring and evaluation and bridge gaps in pupil-teacher ratio.

Out of every 100 children, only 32 children finish their school education age-appropriately (DISE 2014-15). If we want every child to be in school, studying, learning as well as completing education, the investment in the promised universalisation of secondary education is a must.

Schemes like the RMSA need to be scaled up as well. The allocation of Rs 3,830 crore in Budget 2017–18 to improve transition rates from Classes VIII to IX seems meager as compared to the kind of change we seek. Unless we invest adequately in secondary education, we may end up with a young labour force in the near future, but not necessarily one that is educated and skilled.

Close to four percent of children in the five to 14 years age group, i.e., 10.2 million are employed according to the Census 2011 figures.

Hence, to make India a country with no child labour by 2025 (as targeted by NPAC) needs a reduction in the number of child labourers by around 80 percent every year. The bigger challenge here is that there is no specified target for the 22 percent of the children in the age group of 15 to 18 years who are employed.

Moreover, a sharp increase in crime against children in the last 10 years questions the efforts to give children a safe and protected childhood.

Kidnapping and abduction of children, rape, crimes under POCSO and child trafficking combined together, account for 81 percent of the crimes committed against children. However, the child protection is currently the most neglected area in terms of fund allocation.

The consumption of child protection budget is largely by Integrated Child Protection Scheme (ICPS) under the restrictive policy design and framework. In the Union Budget 2017-18, the allocation of budgets for ICPS was just Rs 648 crore. To factor in a much needed aspect of prevention and further reach out in rural areas, the scope of the scheme needs to expand. A budget of just over Rs 1,000 crore can barely be an answer to the gamut of problems it seeks to solve.

Reducing crimes like child sexual abuse to child rape to abduction and eradicating social issues like child marriage and child labour cannot be possible with an investment that amounts to 0.05 percent of the entire Union Budget.

Over the next two-and-a-half decades, India will be in a position to benefit from its ‘young nation’ tag, but the advantages will be conditional to its investment in its children and youth. The 472 million children in our country need attention in all areas viz. Education, Nutrition, Health and Protection, adequately backed by financial resources. Here’s looking forward to Union Budget 2018-19 to have a geometric growth over the current year’s budgetary allocation for children.