Is the innovation economy broken? How can it be fixed? 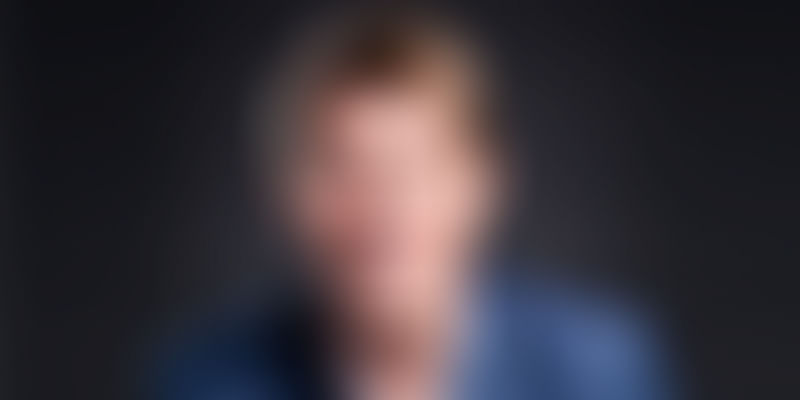 In an interview with YourStory, author and startup veteran Ross Baird explains how VCs can avoid overlooking industries, people and places that may have potential to bolster the innovation economy.

Ross Baird developed the Village Capital concept in 2009, and has led the development of programmes worldwide. Before launching Village Capital, he worked with First Light Ventures, a seed fund focused on impact investments. Prior to First Light, Ross worked on the development of four education-related startup ventures: the Indian School Finance Company in Hyderabad, India, the National College Advising Corps in Chapel Hill, North Carolina, and two ventures using technology to promote civic participation. Village Capital is at the forefront of a new kind of venture investing, using a process that is much more democratic and inclusive, and this method promises to dramatically increase success for everyone involved.

In September 2017, Ross came out with his book The Innovation Blind Spot: Why We Back the Wrong Ideas - and What to Do About It. In the book, Ross demonstrates how to fix the problem of the broken innovation economy by helping readers find better ideas, looking at people, places, and industries often overlooked. Baird also explores "one-pocket thinking", which ensures ideas are not just benefiting a few people from the top down, but broadly benefiting entrepreneurs, business, and society from the bottom up.

YourStory caught up with the author recently to learn more about his book. “The book is ultimately about the limits and dangers of pattern recognition. The ability to recognise patterns is often touted by investors as a badge of honor. But pattern recognition can very quickly become shorthand for stereotyping, or laziness. It’s a problem when you have investors say things like ‘I can be fooled by anyone who looks like Mark Zuckerberg’. We can get past our blind spots - but we need to innovate around the way we innovate, ” says Baird on the key takeaways for readers of the book.

YourStory: What was the motivation behind your book?

Ross Baird: I wrote this book because I’m worried about our innovation economy - whether we as a global society are backing the ideas that will truly make the world better, and whether we are giving everyone with a good idea the same opportunity to succeed. I think the answer to both those questions are “no”. We obviously have a problem in our innovation economy. Humankind has never been wealthier, yet most people, places, and even industries feel entirely left out.

YS: Is the investment industry limited in its outlook?

RB: More than half of all venture capital in the world goes to just three US states: California, New York and Massachusetts. Less than five percent of venture capital goes to women. These patterns apply in emerging markets. We recently conducted research on digital financial services companies in East Africa and India. We found that in the past two years, only three companies have received a whopping three-quarters of the venture capital going into new startups in the sector within East Africa. And more than 90 percentof funding for East African startups went to expat, and not local, founders

Clearly no one believes that any place, gender or community has cornered the market on good ideas. So we’re missing out on a lot of important innovation. Why? Because the people who make decisions over which problems we’re going to solve are often disconnected from the problems that matter the most.

YS: How does the book help investors overcome blind spots?

RB: The first part of the book explains the blind spots that cause the dysfunction in our innovation system. Then I highlight an emerging group of people (‘Illuminators’) who are thinking about how to illuminate these blind spots. The third part outlines some steps that people can take in their own work and their own lives to become aware of their blind spots and make a difference.

The book is intended for anyone who is interested in improving the way they support innovation - whether that’s a venture capital investor, a private individual, a corporate leader, a government actor, or an entrepreneur.

YS: What do you see as alternatives to the current VC-PE model?

RB: What I found was that the biggest problem is not just what ideas we support, but how we come up with and get behind new ideas.We tend to rely on a one-size-fits-all model for venture capital investment. For example, the model that most VCs use to invest in startups today, down to the ‘two and twenty’ structure used by most fund managers, has its origins in the 1800s whaling industry in New England (more on that here and in Chapter 2).

Nowadays, it leads to all sorts of bad incentives for investors, for instance incentivising them to invest in one larger deal rather than a number of smaller ones. We need to innovate around how we support innovation. There are process solutions - for instance, looking at alternative models like revenue-share - and cultural solutions, like looking past the ‘warm introduction’, which leads to people from certain networks getting investment. The venture capital mindset—a desire to create solutions to problems you see, even if it involves some personal risk—is a worthy one. But it has some problems.

With the advent of patient capital and impact investment, the VC industry is changing to include businesses outside technology and lifestyle sectors.

Let us know what you think of these alternative investment models in comments below.