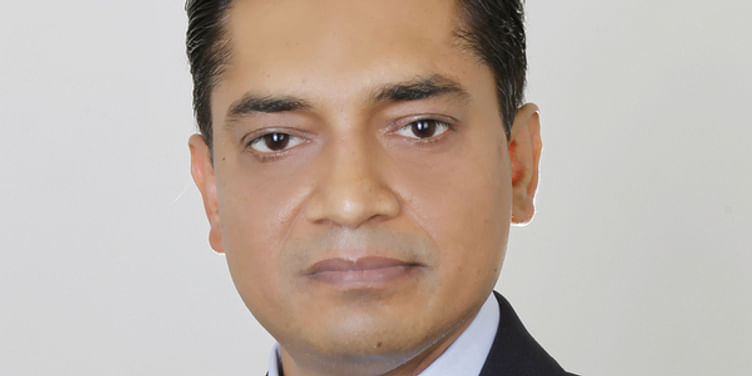 “When we first started a few years ago, we spent those years in explaining to the team and the market how venture debt could be an option for different startups,” explains Ashish Sharma, CEO, InnoVen Capital. Formerly Silicon Valley Bank, InnoVen today is among the top venture debt firms in Asia.

The current scenario, though, is different. InnoVen and its team no longer have to explain to founders what debt funding is, and how is it actually helpful for startups. Last year, around 45 debt financing deals, together amounting to $1.2 billion, were entered into.

Of these, two were debt and equity deals. While InnoVen Capital disbursed Rs 440 crore in debt in 2016, the venture debt company said that it had disbursed $75 million in 2017, marking a 25 percent growth.

The funding in 2017 took the total amount of venture debt extended by InnoVen India, since its inception, to more than $270 million, through over 165 transactions with over 110 companies.

“In aggregate we, funded and committed, more than $85 million in venture debt during the year. However, we reached $75 million as disbursements, and in that we have seen a 25 percent growth. Most of the funds have, in fact, been deployed in the last three to four months. We therefore are more bullish in the coming few months.”

He adds that in the year gone by, InnoVen observed strong adoption of venture debt in growth-stage companies, and it comprised nearly 60 percent of their total funding. The year 2017 also marked the its own cross-border expansion, as InnovVen launched in operations in China.

“The growth that we’ve registered, be it in terms of funding amount, number of deals, or geographical expansion, has served to cement our standing as a leading venture debt firm in Asia, and our underlining commitment to support innovative ideas and businesses,” says Ashish.

The volume of equity funding in China, Ashish adds, is ten times more than in India, and it therefore can be believed that the volume of venture debt will also be higher. “We have made a few transactions there. However, it is early days to comment on the market yet,” adds Ashish.

InnoVen’s latest performance report reiterates the strong growth momentum that the platform is carrying forward into 2018 with committed facilities of more than $10 million.

After a decade of going all-equity, Indian startups are increasingly open to debt financing, and not only are mid-sized companies like BlackBuck looking at debt funding, but unicorns Flipkart and Ola also set the trend, borrowing from Axis Bank and YES Bank, respectively.

InnoVen Capital has investments in the likes of Yatra, where it pumped in Rs 100 crore, as well as ShopClues, Mswipe, Pepperfry and BlackBuck. Following its launch in China, the fund has a presence in India, Southeast Asia, and China.

He adds that for InnoVen, the upswing in the funding amount and frequency was largely thanks to repeat business conducted with high-growth portfolio companies such as Oyo Rooms, Swiggy, Capillary Technologies, Rentomojo, and Belong, as well as an increase in the number of deals with some of the larger players in the startup space.

“Our investment base has been focussed around companies that have crossed Series A range. It is then that venture debt brings in the needed value,” explains Ashish. He adds that in 2017, the company disbursed debt funding to a mix of B2B and B2C businesses.

“Around 30 percent of the total debt funding disbursed by the platform in 2017 was towards B2B businesses, while B2C companies took the balance majority share of approximately 70 percent. The key sectors for 2017 were e-commerce, enterprise-tech, logistics, travel and food,” says Ashish.

InnoVen isn’t the only venture debt firm that is bullish about 2018. Rahul Khanna, Managing Partner, Trifecta, adds that this year, the team is looking to deploy close to Rs 250 crore in debt funding.

He adds that taking into account all peer debt financing funds, and Trifecta, there is close to Rs 1,500 crore of debt funding set to be deployed in the market in 2018. In recent times, VCs and founders alike have realised the importance of short-term loans for working capital and other expenditure related to technology and infrastructure.