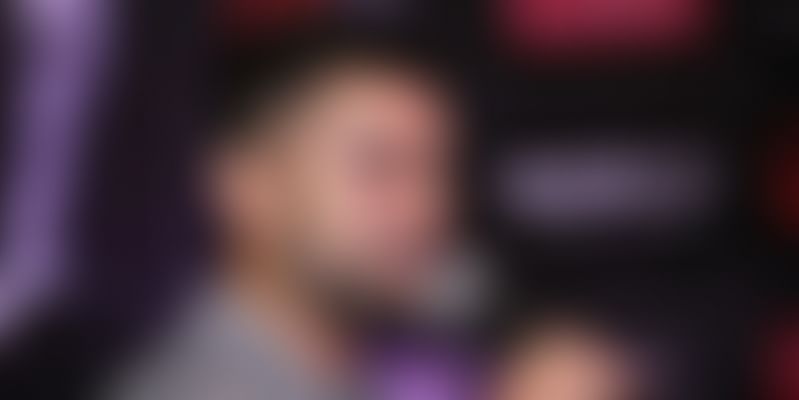 Virat Kohli, Mahendra Singh Dhoni and Rohit Sharma are among the costliest players this year. Eight franchises have retained 18 marquee players. In the process, they have already spent 25-30 percent of their auction purse.

If the cash-rich Indian Premier League (IPL) were a share market, it would appear that companies, franchises in this case, are keen to buy back shares, some even “quite aggressively” — to borrow investor Warren Buffet’s phrase.

Buffet may not believe in share buybacks for his own firms, but has often spoken out in favour of America’s big corporations that are said to have bought back shares worth $2.1 trillion between 2010 and 2015.

Player retention in IPL is a bit like share buyback. Franchises have to be smart, cautious and very clear about the value these would add in the long term. After all, successful sports franchises aren’t built in a day.

Before the IPL 11 auction, eight franchises have retained a total of 18 players. Some have paid a steep price for it, while others have been content to ‘let go’ of some prominent names. The obvious references include Virat Kohli, who was retained by RCB for Rs 17 crore, making him the most expensive player in IPL history.

Surely, it is big price to pay for a bigger player, but his retention begs the question: What if RCB had let him go? Would other franchises have fallen over backwards to get him? What would his price tag be? Twenty crores, anyone? Or 22 crores? Or even more?

It would have cracked open the market and impacted how much teams could spend on the remaining players. If one franchise had to spend over 25 percent of its auction purse (Rs 80 crore) on a single player, it would leave 26 other players with very little to grab.

Over the years, IPL franchises have made some astronomical purchases. Some have been justified, some baffling. Some delivered as expected, some disappointed, just like in the share market. Or in the startup world, where good talent comes at a cost.

Here’s a look a IPL’s costliest players this season.

He has served RCB for a decade now. While Rs 17 crore is a huge retention amount, nobody is questioning it given Kohli’s form with the bat in the last few years. Easily the most accomplished limited overs batsman in world cricket now, his record in IPL 2016 is one for the ages.

Scoring a mammoth 963 runs and four hundreds in a single season, Virat not only took RCB to the finals of the league, but also established his value proposition to franchise-owners. He also became the fastest to reach 4,000 runs in IPL.

In the next season, Virat was out with an injury for 10 out of the 14 league games RCB played. His side lost most games and failed to qualify for the play-offs. Hardly any surprises then that RCB has spent a whopping amount to retain its single-most important player. Anybody buying him would expect a supreme return on investment.

Dhoni was India’s numero uno cricketer before Virat beat him to that position. Dhoni’s brand value directly translates to his franchise’s. According to brand trackers, Dhoni directly impacts CSK’s sponsorship revenues. Brands love to associate with him.

In the inaugural edition of the IPL in 2008, Dhoni was the costliest purchase at Rs 6 crore, ahead of even cricketing legends like Sachin Tendulkar and Rahul Dravid. India had just won the T20 World Cup under his able leadership, and franchises believed Dhoni was the man to do something special.

CSK, before the two-year ban was imposed, had been the most consistent side in IPL, making it to the final four of the tournament every time. Dhoni has lifted the title for CSK twice, and franchise-owners are essentially investing in his invaluable leadership skills and experience.

Rohit Sharma represented the now-defunct Deccan Chargers in the initial years of the IPL. While DC may not have spent much on him, he turned out to be one of their star players in 2009 when they won the IPL. The cricketing world admired his enormous six-hitting ability — a critical aspect in T20 cricket.

As Rohit grew in stature in international cricket, he became Mumbai Indians’ most expensive purchase (Rs 11.5 crore) in 2011. Since then, he’s not only represented the side but also led them to three IPL victories in 2013, 2015 and 2017.

In 2017, he was also one of the top limited overs batsmen in world cricket. The serial double hundred-maker might have cost Mumbai Rs 15 crore to retain, but experts see him as the side’s marquee player. Sponsorships and stadium revenues will be riding on him.

Rishabh is possibly the least known face to have fetched a premium retention price. He is also the one with the least international cricket experience. However, fantastic performances in the domestic season and some memorable knocks in IPL 2017 have ensured him a premier berth in Delhi Daredevils.

Under the mentorship of Rahul Dravid (erstwhile DD coach), Rishabh has matured into a promising wicket-keeper batsman, and Delhi’s most noticeable player. He was the second-highest run-getter for DD last season, and his franchise’s 15-crore bet on him is one for the long term. He’s also being seen as an exciting Team India prospect.

If he delivers, great. But if he doesn’t, it could add to DD’s long list of woes that have gone unresolved in ten editions of the IPL.

This Englishman was the most talked about overseas player in the IPL circuit last season. While cricket watchers had predicted that he would fetch a prime deal given his skills as an all-rounder — much sought-after in T20s — Rs 14.5 crores was unanticipated, considering his base price at the start of the auction was Rs 2 crore.

Ben Stokes was so much in demand that all eight franchises bid various amounts for him. There was an intense bidding war among MI, RCB and DD. Eventually, Rising Pune Supergiants got him with a record-breaking proposition.

He didn’t disappoint. While RPS lost the nail-biting final to Mumbai last year, Ben emerged as the ‘Player of the Season’ for his contributions with both bat and ball. He scored 316 runs and picked up 12 wickets in 12 games.

But, he is back in the player pool because RPS has been disbanded as a team. Hence, he couldn’t be retained, and will be auctioned again. A fresh bidding war is likely to ensue. Something that was averted in Kohli’s case!