A journalist walked into the Alibaba office 4 years ago, and Jack Ma revealed the "secret sauce" behind its success 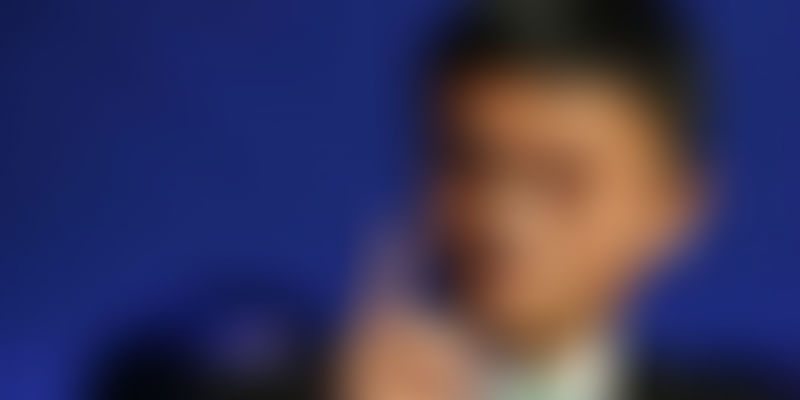 Four years ago, a journalist entered the office of the Alibaba Group to meet its founder and executive chairman Jack Ma, and looked around wearing a rather puzzled expression. Out of sheer bewilderment, he blurted out a question - and Jack Ma countered it with an even more bemused answer, for he could not fathom what the journalist found amiss. They question, Jack Ma informs the intrigued audience at Davos, was, "Why’re there so many women in your company?"

"I didn’t even realise we have so many women – so I wondered, is there anything wrong with us?" he quips.

Close to 49 percent of the employees in the company are women, and when it comes to the higher management, the proportion is a healthy 37 percent. "It’s not on purpose – I just think they are great in helping us grow," said Jack Ma, addressing the crowd at the World Economic Forum 2018 at Davos.

World over, the gender gap is far from being closed - as women are still denied entry into the workforce, curbed from climbing up the corporate ladder, paid lesser, made to perform unpaid informal labour, and compelled to rear families without being granted a choice. In such circumstances, Jack Ma revealed the ingredients of the "secret sauce" they followed at Alibaba, that ensured that their success is sustainable and scalable.

1. Having a Service heart

Pointing out that ecommerce is a service based industry – Jack Ma stated that to serve better one must have "a serving heart." "We find that women do a much better job at it than men," he says.

For Jack Ma, the tenets he follows running an ecommerce major are simple - the customer is number one, the employees are number two, while his shareholders are number three. Women adhere to this principle much better, while men tend to be aggressive. Women respect these priorities, and even as men get aggressive, women would ordinarily be able to intervene and reason it out, and figure out a way to serve the customer's needs, noted Jack.

Analyzing the buying patterns of their own customers, Jack Ma noted a stark trend - women make a lot of purchases, but they are all diverse and more often than not, for their husband, their kids, and their families -in contrast to their male customers, who only ever shopped for themselves. "When you care – that makes all the difference," he says, adding, "In my company, women care for others much more than men."

In the last century, people could be beaten with muscle. However, this century is not about brawn, but about the sheer prowess of your brain.

"If a person wants to be successful, they should have a high EQ. If you don’t want to lose quickly, you should have a high IQ. If you want to be respected, you need to have LQ – the Q of love. Those three Qs put together are key. Lot of men have High IQ but very tiny LQ. Women strike the perfect balance here as well - so, if you want your company to be successful; if you want your company to operate with wisdom, with care, then women are the best," he states.

A company full of men cannot be sustainable, cannot keep growing, noted the tycoon. "Part of the 'secret sauce' of our success is because we have so many women colleagues. Women sacrifice more – they love it, they believe in it, they continue to do it." he says, signing off.