Lessons in entrepreneurship: four things you can learn from Byju Raveendran's journey 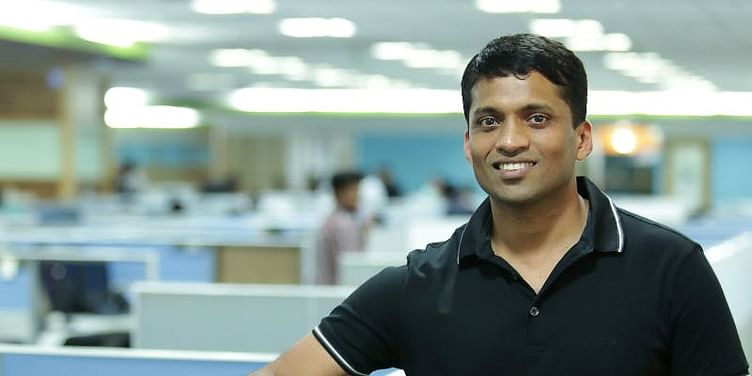 A product of a humble background, Byju Raveendran’s passion for teaching was ignited after tutoring a few friends for prep exams way back in 2003.

The Azhikode-born teacher-entrepreneur’s equation with teaching began in 2007 when he quit his IT job in the UK and set up shop in Bangalore. At present his game-changing education app Byju’s, run by Think and Pvt Ltd., has over 10 million downloads just on the Android platform.

In fact, in 2017 his efforts were noted by the Chan Zuckerberg Initiative which decided to invest $50 million in his Bengaluru-based EdTech startup. The historic development – the funding being Zuckerberg’s first major investment in an Asian startup – was another stamp of approval in Byju’s journey of running the most funded startup in the education sector in India.

He surely has come a long way since then, making him a shining beacon for other entrepreneurs to emulate. Here are a few lessons everyone can learn from this maverick:

If you know how to learn, then you can learn anything

For many students in our education system, learning is more or less an activity which involves rote learning and then reproducing the information on D-Day (final exams). Realising the rot in the system, Byju set out to make learning a more fun and gratifying experience. Not limiting himself to just teaching subjects, he revamped the whole experience behind learning. As an entrepreneur, you need to be curious and willing to explore options, as this inquisitive nature will help you find solutions and work to improve the status quo.

“I studied in a Malayalam medium school and learnt English, Maths, and science on my own. If you know how to learn to learn, you can do anything.”

Have an overarching mission

The core of Byju’s vision and mission has been to revolutionise the education system, something which struck a chord with students, parents, and even investors. He successfully tackled the root of the problem instead of treating the symptoms. When the underlying motive behind your venture itself is disruptive, support will flow in from all quarters. So have an overarching plan in place right from the get-go.

“I am not trying to make millions, I am trying to change the way millions think and learn.”

“What really works for people from small towns is the drive that pushes you. I learnt English by listening to commentaries. We are driven by positivity. And everything I learnt was by myself, which is the best way to learn.”

For someone who runs a multi-million-dollar enterprise, Byju is an extremely humble and grounded personality. He has never forgotten his roots or allowed fame and money to change him. This is a lesson that many entrepreneurs forget after receiving investments, followed by the limelight and glitz and glamour. If you remember your journey, and what brought you to where you are, it’ll keep you grounded, and there’s nothing stopping you from taking the leap into your next journey.

With a constant focus on making learning and educating a holistic pursuit, Byju has always tried to step away from the done-to-death approach. When Byju’s first began, the app tackled specific exams and curricula that were general enough for lakhs of students. Today, however, it offers personalised solutions to each individual user based on their needs. With reports, data and insights, and customization tools given to all students, they have the power of learning exponentially. With an 89 percent subscription renewal rate, Byju has created a long-term partner for learning for lakhs of students.

“We still have a long way to go. Our focus is to ensure that learning becomes more personalised, has a fast pace and is fun.”

It’s important to grow as an entrepreneur, and Byju has continued to grow by leaps and bounds because he believed that his biggest rival was himself. It’s a leaf we can all take from his book of success.