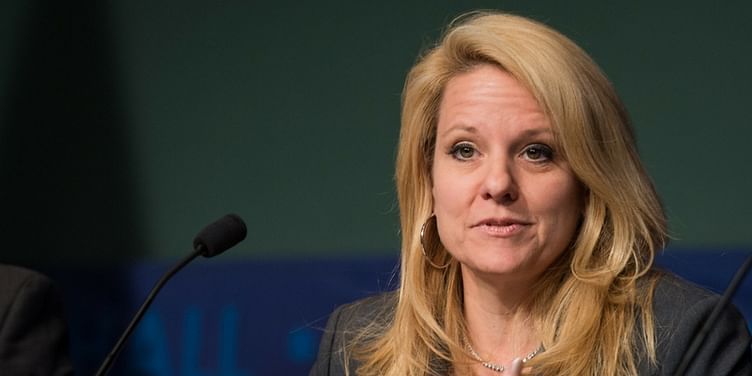 In an industry with few female role models, Gwynne Shotwell stands out like the star that she is. As the President and Chief Operating Officer of SpaceX, she is responsible for operations and leads the most significant customer and strategic relationships in the organisation. Beyond her job, Gwynne is the perfect role model. She shatters stereotypes we have about “science nerds”, as well as about women in the STEM fields.

Trained in mechanical engineering and advanced mathematics, Gwynne started her career in the Chrysler Corporation followed by The Aerospace Corporation and Microcosm Inc. In a recent interview, Gwynne related the story of how she joined SpaceX. She met Elon Musk for a few minutes during a lunch with a former Microcosm colleague more than 15 years ago. SpaceX called her to apply for the position of Vice-President of Business Development just a couple of hours later. Standing proudly at rank 70 in Forbes’ List of Power Women, 54-year-old Gwynne has held her own in public discourse as well as within the organisation, no mean feat when your boss is Elon Musk!

At SpaceX, Gwynne played a crucial role in the $2 billion contract with NASA, ensuring a healthy turnaround when the company was down and out in 2008. She has also been responsible for taking the Falcon space launch vehicle family to 50 launches, representing nearly $5 billion in revenue.

A beacon worth emulating in an industry that has too few role models for women, we take a closer look at Gwynne’s journey. Here are some quotes from the lady which will inspire you to look at women in tech, and leadership in a different light:

For all practical purposes, Gwynne is part of the most innovative and forward-looking industry in the world at the moment. Far from the world of apps and smart devices, her work is about taking the ordinary man to space. It is pushing the boundaries of what is possible, as SpaceX proved early last year when it reused a multi-million dollar rocket – a first in the history of space travel. This kind of futuristic work requires the ability to dive in deep and keep your radar always on for new opportunities. In her words,

Chase your passion to the stars and beyond

Very often, our careers are all about “going with the flow”. They resemble linear paths of the next best opportunity, and that is all very well to pay the bills. But as most leaders and successful people would agree, to truly thrive and enjoy your work, skill and passion must come together.

“The key is to join an industry that you have a passion for. If you love cars, then automotive is where you should end up.”

“I left Aerospace because I wanted to go build, and put spacecraft together.”

Breaking boundaries for women in tech

“I never felt any issues whatsoever about being a woman in tech.”

As someone who has not let gender come in the way of her success, Gwynne does not make a big deal of breaking stereotypes, even as she does it every day. For the longest time, successful women in male-dominated industries have been portrayed by popular media as “one of the men”. Gwynne, however, couldn’t be further from this caricature. She strongly believes you should not have to downplay your gender to thrive in male-dominated industries.

“I didn’t want to be at that event. But, there was a female mechanical engineer that sat on the panel. I was fascinated with what she had to say. She owned her own company, she was developing construction materials that were environmentally friendly, [and] she also had a play with solar energy. I was fascinated with what she did but I also loved her suit. I went up to her after her panel discussion and talked with her about her suit and also what she did. I left that event thinking I could be a mechanical engineer.”

“SpaceX is a flat organisation. Anyone gets to talk to anyone, and the best idea wins – even if it comes from an intern.”

Far from the usual hierarchical set-up that aerospace and engineering companies can get trapped in, Gwynne has helped make SpaceX an organisation that is all about ideas instead of designations.

Gwynne admits she is often positioned as the balancing factor for Musk’s appetite for risk. At the same time, she values the lessons one can learn from people who push the boundaries of what is possible. Elon Musk is one such person. Without his risk-taking abilities and vision, SpaceX, and indeed space travel, would not be where it is today. Gwynne is quite aware of this stature but does not let it overawe her in her responsibilities.

“I have learned over my 15 years of working with him to not bet against him and not question whether something can be done”.

Gwynne gives us hope, in that her own approach to work and life tells us that it is, in fact, possible to have a life and excel in our career at the same time. Gwynne has been vocal about her and SpaceX’s approach to work-life balance, in that it is not about how many hours one logs at work, but what they do in those hours that makes all the difference.

“We need people to self-check their workloads and focus on simplifying their jobs and making the task easier instead of putting their heads down and being a hero.”

As a mother of two, Gwynne’s approach to work-life balance is very pragmatic. It is not about striking the perfect 50-50, but about putting your time in the aspect of life that needs the most attention at any given time.

“There are times when the balance is far more devoted towards work. And you get to pick the times that you get to spend with your family and you make those count. To me, work-life balance means stable, not necessarily 50-50.”

Not one to shy away from unpopular opinions and slamming regulations, Gwynne Shotwell has built a reputation as a strong, no-nonsense leader. A power woman in her own right, there are lessons from her journey that show us that beating stereotypes and emerging strong is indeed possible, no matter what industry you’re a part of.