A walk by the Sabarmati Ashram: how 34,111 letters and memorabilia bear testimony to Gandhi’s legacy 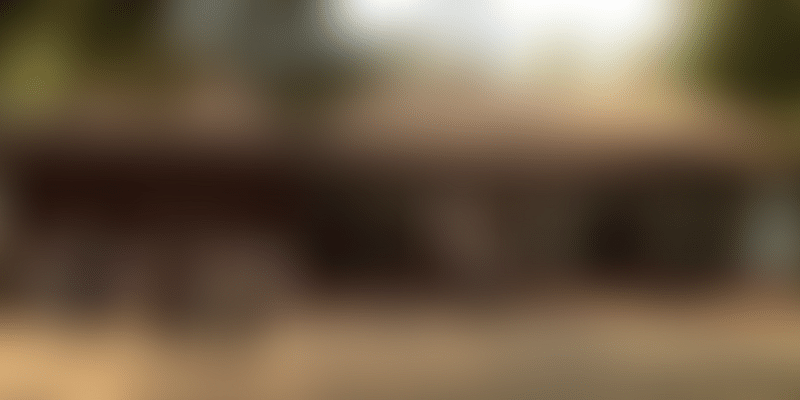 A red tiled roof, large windows with metal bars, the soothing wind from the river Sabarmati, welcome you as you take your first few steps into the Sabarmati Ashram. Home to the Father of the Nation, Mahatma Gandhi, the Sabarmati Ashram, also known as the Satyagraha Ashram, has witnessed the country’s struggle for freedom. The Ashram tells the story of a man’s determination and his ideals, but also reminds us of the road we still need to traverse to realise Gandhiji’s dream of an India free from injustice.

The Ashram was founded on May 25, 1915, in Ahmedabad at Kochrab, when Gandhi returned from South Africa. It was later shifted to the bank of river Sabarmati in July 1917 and was home to Mahatma Gandhi then to 1930.

Gandhi used to remark, "This is the right place for our activities to carry on the search for Truth and develop Fearlessness for on one side are the iron bolts of the foreigners and on the other, thunderbolts of mother nature." After building a few essential structures, activities of the Ashram commenced in 1917.

Gandhi flagged off the Dandi March on March 12, 1930, and vowed to return to the Ashram only after India won its Independence. While his dream was realised on August 15, 1947, the quaint ashram was attacked by the Britishers in January 1948, before he could return.

The Ashram which was witness to the strategies planned to counter the mighty British, also bears testament to Gandhi’s dream of India — a country liberated from untouchability, inequality, and violence. As a space that fostered ideals of Satya and Ahimsa, the Sabarmati Ashram has witnessed the presence of some of the greatest leaders of all time — from Mahatma Gandhi himself, to Jawaharlal Nehru, Morarji Desai, Swami Vivekananda, Rajendra Prasad, Hillary and Bill Clinton, Dalai Lama, to name a few.

In 1951, a public trust was set up under the name ‘The Gandhi Smarak Sangrahalaya.’ The premises of this museum were built in 1963 with the objective to house the personal memorabilia of Mahatma Gandhi. The museum has books, manuscripts and photocopies of his correspondence, photographs of Gandhi with his wife Kasturba and other ashram associates, life-size oil paintings and actual relics such as his writing desk and spinning wheel.

The 36-acre land foresees the Sabarmati river and houses 'Hridaya (Heart) Kunj’, a small cottage where Gandhi lived; Nandini, an ashram guest house; Vinoba Kutir, named after Vinoba Bhave; Upasana Mandir and the Gandhi Sangrahalaya, the museum inaugurated by Jawaharlal Nehru on May 10, 1963 which is divided into a photo gallery, a library, and an auditorium.

Also read: Your poop is worth Rs 2 in this cafe - How the ‘Toilet Garden’ is challenging social norms

Today, the ashram is home to Harijan Ashram Trust, which promotes secondary and higher education, and hostel for Harijan girls; Mahila Adhyapan Mandir for Primary Teachers' Training; the Gujarat Harijan Sevak Sangh which works for eradicating untouchability; the Environmental Sanitation Institute; the Gujarat Khadi Gramodyog Mandal, which looks after the village industries where it produces and sells khadi and other accessories.