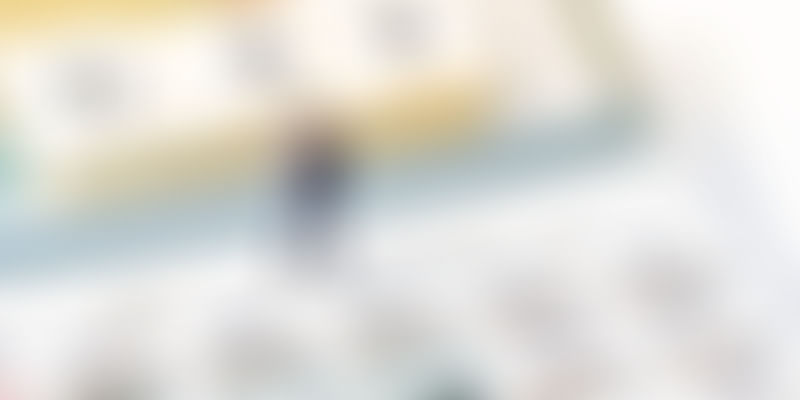 As small and large corporations grappled with the new tax regime, GST consulting emerged as a hot new vertical. In less than a year, Chennai-based Mitraa has notched up an impressive client base for its ManageMyGST offering.

In what has been touted as India’s biggest financial reform since independence, the Goods and Services Tax (GST) rolled out last July. It changed a few things. One, it subsumed all central duties, surcharges and cesses under the principle of ‘One Nation One Tax’. Two, it resulted in a multi-fold increase in registrations and compliances for corporations, businesses and SMEs.

While GST was hailed as a welcome rejig of the old tax regime, the complexities arising from the new order left organisations, especially pan-India businesses on which the impact was greater, in the lurch. Or at least, threatened to.

Organisations were faced with conflicting advices from their legal and tax departments. Issues pertaining to the interpretation of clauses in the GST Act started cropping up. There were inevitable changes to be made to record-keeping and financial accounting.

In no time, GST consulting emerged as the hot new vertical in the ‘Big Four’ consultancies. But, several GST advisories outside the Big Four mushroomed too, as corporations grappled with the implementation of the new tax order.

One such entity is ManageMyGST — a dedicated GST consulting practice set up by Chennai-based Mitraa, a sixty-year-old management and tax advisory firm.

Mitraa has, in the last few decades, provided a range of services including direct and indirect tax consulting, transactions advisory, debt syndication, family business and succession planning, strategic business planning, etc. to corporations. GST threw up an all new opportunity in business consulting, and the Chennai-based firm was swift to make hay while the sun shone.

In a conversation with YourStory, Natasha Jhaver, co-founder of ManageMyGST, says: “There was a pressing need to put across operational and other features of the statute [GST law] in a user-friendly manner to help the public at large and our clients in specific for having a smooth transition from the legacy to new regime. This led to the creation of ManageMyGST.”

The aim of the portal was to be a “knowledge hub of all things GST,” says Natasha, who was joined by Divyang Bhandari in founding ManageMyGST. Both co-founders are professional chartered accountants with invaluable experience in the sector of indirect taxes.

ManageMyGST helps its clients with GST compliance, training and advisory, representation and appearances, and impact assessment. It also runs various corporate training programmes, workshops and seminars to help large and small businesses understand the new GST law and stay abreast of all changes.

The GST Act has introduced multiple provisions to track output and input taxes, and has specific requirements for availing Input Tax Credit, thereby making it imperative for organisations to bring changes in their financial record-keeping. ManageMyGST aids them in that process too.

“This apart, advisory in the areas of computation of tax, filing of returns, valuations and appearances before the various appellate authorities to sort out issues are rising,” says Natasha. “We have also been getting queries on post-GST implementation audit where the implementation work has been done by the client themselves or by other professionals,” she adds.

Mitraa has its offices and associates across India. Each of these offices have been equipped with qualified chartered accountants and lawyers looking into the GST vertical. Founder Natasha says, “Overall we have 18 senior consultants and the relevant support staff across these offices.”

ManageMyGST’s online team helps clients in GST filing either onsite or offsite. Irrespective of their size or business experience, GST filing has emerged as the biggest pain point for organisations simply because it is now a multi-step process. ManageMyGST has also tied up with software providers as knowledge partners to provide effective solutions to clients in complying with this law.

Co-founder Divyang explains, “The client needs are generally to ensure that the IT systems are geared to meet the GST requirements, solving the GST queries unique to their business transactions, GST training, impact assessment, and compliance.”

Mitraa has also provided training to over 2,000 people across various organisations, including industry-specific training to some. It has also conducted seminars for various trade associations. ManageMyGST has an “in-house GST LAB” that is comprised of a research team which publishes articles and answers to queries raised by clients.

Without divulging names or numbers, Mitraa reveals that ManageMyGST has secured clients across sectors viz., “large business houses” in FMCG, manufacturing, trading and real estate, and SMEs in trading. It also counts professionals from film production houses, infrastructure, hospitality, automobile and IT companies. “The clientele is a mixed bag of individuals, firms, LLP, companies, and trusts,” Divyang says.

ManageMyGST has focussed on large cities so far mostly because the demand for GST consultation is higher in these locations. But now, Mitraa plans to expand its GST practice demographically.

Natasha says, “After stabilising our service deliveries in metros and major Tier I cities, we intend to expand our footprint in cities like Patna, Indore, Bhopal, Raipur, Surat, Coimbatore, Madurai, and also in northeast India where such services are not available.”

It has plans to start an academy to train commerce graduates and accountants “to improve their skill set and make them more employable.”

Mitraa, as a firm, could go global too, starting with Middle Eastern and Southeast Asian markets.