Meet Grapes Digital, one of the agencies behind mega-viral #ShutThePhoneUp Manforce condom campaign 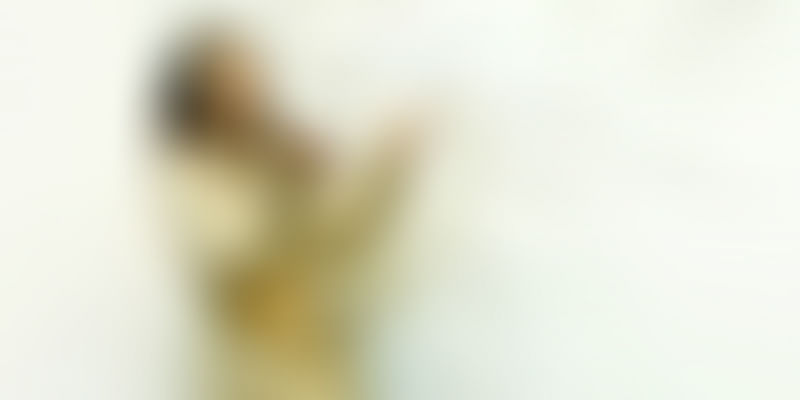 With one in five couples admitting to filming their intimate moments together, this campaign, which showed a scary end to what was a playful beginning, resounded with people online.

Condom ads on Indian television have often left a lot to be desired, with years of commercials vacillating between depicting a conversation with a local pharmacist that will make anyone squirm, and having the usual suspects do the selling: creaky beds, filmy lingerie and beautiful, sweaty bodies.

But then came along a campaign that gave the audiences some real talk, with an angle that was perhaps very – if not the most – crucial: that condoms represent not just pleasure, but responsibility. That was the germination of the #ShutThePhoneUp Manforce campaign, which garnered over 40 million views across social media – a marketing feat achieved by Grapes Digital.

Grapes Digital, the agency that created, spearheaded and executed the digital outreach of this campaign, is run by the husband-wife duo of Himanshu and Shradha Agarwal. It had started out as a website and app development agency, but now offers 360-degree solutions, including digital branding or strategy to amplification, digital planning, website, Internet of Things (IOT), social, influencer marketing, digital media planning and buying, but with a very crucial differentiator reducing the average turnaround times, and integrating creativity with technology to meet customer demands in the shortest possible time, no less.

“Our biggest USP is in creating experiential digital campaigns,” says Shradha, the entrepreneur and digital wiz who holds a formidable engineering and MBA combination.

Shradha’s first tryst with marketing was a freelance gig for a Bollywood venture. Digital was at a very nascent stage; Orkut was garnering popularity and Facebook was non-existent at the time. Post this project, she accepted a job at Wizcraft, on the digital side of events, and later joined Interactive Avenues, which was pure-bred digital marketing, around 2009 onwards. But her dabbling at the time convinced her that digital was the future, and it would be her future as well.

The story behind how she joined Grapes Digital is just as heartwarming. She was heading the social media for Airtel when Himanshu, her husband, happened to note how great she was with digital. “At first, I laughed thinking men say such things when they want to impress a girl, but his facial expression did not change. He further proposed, ‘Since you’re so passionate and bright at what you do, why don’t you join me so that we can grow together?’ While most couples we know would shudder at the prospect of working together, the secret lies in having the same work ethic and outlook towards life,” recounts Shradha.

The secret sauce behind creating a digital masterpiece

They centred their campaign around one simple insight – one in five couples admitted to shooting their intimate moments on their smartphones, making them vulnerable to blackmail, according to the India Today Sex Survey, 2017.

So, with a play on the term ‘safe sex,’ they wished to create a digital campaign surrounding the short-film created by ADK Fortune, which raises awareness about a pertinent issue, is relevant to their product, and where the said product can be plugged in a way that is not too stark. “The challenge was two-fold. We needed to approach the campaign with maturity yet subtlety, in order to actually strike a chord with the audience. At the same time, it needed to cut through the white noise in the digital sphere, stand out, and start a conversation,” she tells us.

The amalgamation of all these pre-conditions was a condom over the phone – a symbol they created for the #ShutThePhoneUp campaign.

The condom-over-phone symbol captured people’s attention, as we tried to popularise our take on ‘safe sex’,” she narrates.

When the concept had attracted enough eyeballs and conversation – they dropped the short film – a very relatable narrative of a newly-wed couple on their honeymoon, when the husband’s phone, having footage from the previous night, is misplaced, and eventually stolen. “After the film had made an impression, we initiated something called the #ShutThePhoneUp oath to gauge the level of engagement.

The campaign reigned on Twitter trends for a full 12 hours as well. “The biggest reason why we have survived and excelled in the competitive digital world is because we infuse digital experience into creativity,” Shradha tells us. Notable youth icons also came out in their support, like Rannvijay Singh, Karan Kundra, and Anusha Dandekar, and hundreds of people posted pictures with their phones covered with condoms as a mark of support to getting the message of ‘safe sex’ out.

Maruti Suzuki’s campaign was another rather illustrious gem in their crown. “They wanted the launch to be novel and cater to millennial preferences – the brand’s primary target group. For a tangible product that is usually judged on the basis of experience and looks, the challenge was to launch the car through ‘Digital First Marketing Strategy’,” says Shradha.

Therefore, they tied up with Axwell to create a music video, and used all social and video platforms to reach out to invite users to register. “The digital campaign on a real ground event had to be experiential, so Grapes with Twitter created the first ever IoT ‘TWITTER-FETTI MACHINE’. A Twitter API was built to trigger real confetti blast at every 1000X tweet,” she recounts.

The campaign recorded a reach of 49 million, and made 106 million impressions, besides being featured in Brand Equity, Twitter Index for being the most engaging brand on Twitter.

All this is especially impressive, given that the agency is merely three years old, and started with just three employees back in January 2015. They are now a hundred strong – but rounding up the dream team was no mean task. “Making a team of talented and passionate dreamers who want to make it big in the digital space is hard to find,” Shradha notes.

But the dream-team at home came through every time they needed to, so that Shradha could hold down the fort as the company scaled rapidly. “Finding the perfect balance between family and work has been a herculean task. Being the mother of a three-and-a-half-year-old daughter who needs you almost all the time is tough. But, Himanshu and my family have always stood by me and supported me to do better work. There have been so many occasions when I had to attend important meetings and my daughter was sick. I couldn’t leave her alone. That’s when Himanshu would tell me. ‘Shradha you go, I’ll stay’. That’s all you need as a woman,” she notes.

They are now gearing up for a scaling exercise that is happening much more rapidly than they had anticipated. “We're actively looking to partner with Fortune 100 clients and power brands that will craft a rock-solid brand identity mutually,” says Shradha, signing off.