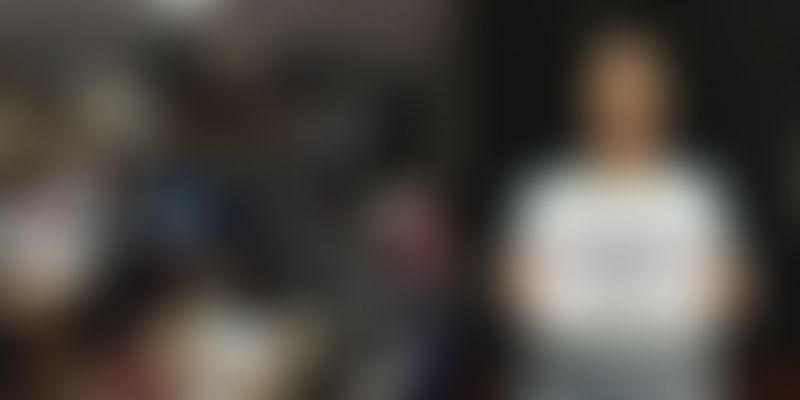 As an independent academic research organisation, Monk Prayogshala conducts training programmes not only for students but also for professors to help them do sound, scientific and ethical academic research.

In the suburbs of Mumbai, Monk Prayogshala is a laboratory where nine social scientists (researchers) are busy at work.

Working on developing research proposals, conducting seminars, training, crunching numbers from online surveys and writing articles for international journals are just some of the things that happen every day in this laboratory.

“I joined Monk Prayogshala (MP) in July 2011, a few months before it was incorporated. I lead research activities at the Department of Psychology, in the areas of personality theory, information exchange, gender studies, and behavioural economics,” Hansika who is currently completing her PhD in Cognitive Science from IIT-Bombay tells us.

The organisation which started with just two people on board seven years ago, today has nine social sciences researchers working full-time.

Talking about funding, Hansika said that “the initial source of funding came from conducting several workshops in research methods and allied areas starting in 2014. The funds from our two ongoing training programmes continue to help us meet our costs.”

In July 2014, another researcher Anirudh Tagat (27), an alumnus of the University of Warwick, Coventry, joined the team at Monk Prayogshala and thus, the Department of Economics was started. “I work primarily in the areas of behavioural and experimental economics, leading projects and formulating grant proposals in the areas of development economics as well,” Anirudh explains to us. By 2016, the Department of Sociology was set up by Sumati Thusoo.

At present, the team which comprises research authors, assistants and interns conducts training programme not only for students but also for professors. Additionally, they organise a summer school and hold a yearly social sciences seminar in the month of November.

The annual Monk Prayogshala summer school is a week-long program that aims to sharpen the research and analytical skills of students. Applicants are required to take an online pre-course in order to qualify for the summer school.

Participants are given take-home exercises and tasked with generating their own research output, which is presented on the concluding day of the summer school, Hansika adds.

Despite having a lot on their platter, researchers at Monk Prayogshala also conduct a seminar in the month of November every year. During this one-day seminar, (which is held in Mumbai) students from various colleges across India showcase their research work.

“All papers submitted undergo plagiarism checks. If papers fail the plagiarism check, authors are given an opportunity to revise their work. Once this initial check is cleared, a double-blind peer review process is implemented by the review committee, selecting the best five to 10 papers that are accepted for presentation in Mumbai," says Anirudh.

"The committee consists of at least two (and at most three) researchers, of which two are researchers in the same field (one from Prayogshala and another external) and one who is not from the same discipline. They review papers and provide comments and suggestions (which are eventually passed on to authors), and rate all papers on 10 parameters, such as novelty, rigour, clarity, and adherence to academic styles,” he adds.

Some of the research topics of the seminar range from understanding social exclusion in cemeteries, to emotional intelligence in interpersonal relationships, and social anxiety, and so on.

For the rest of the year, these social scientists conduct capacity building programmes across India and hold training workshops at various universities and colleges such as St. Xavier’s College, Mumbai, Ruia College, Mumbai, Ashoka University, Sonepat, and Thapar University, Patiala.

India has a long way to go in terms of contributing to academic experiments and research on the world stage. According to an article published in Research Gate, a social networking site of scientists and researchers –academic research in India is in dismal state.

In the article, Arkadev Chaterjea states that the country “boasts of a large number of research laboratories and education institutions and one of the world’s largest academic and scientific communities. Yet India fares poorly in terms of academic research.”

Talking about their future, the researchers say they are planning to engage with stakeholders who are involved in policy-based research. “Over the next five years, Prayogshala aims to expand its number of departments (and the number of researchers) to ten, particularly beyond the social sciences and humanities into disciplines such as computer science, physics, mathematics, and energy sciences. We aim to develop a system of grant search, application, and management to make it easier for researchers to raise grant,” Anirudh concludes.

Despite taking baby steps towards setting India on par with other developed countries for academic research, Monk Prayogshala aims to be ranked with USA, UK, Germany, France and Canada to name a few.