Ripple: the new ‘centralised’ cryptocurrency on the block 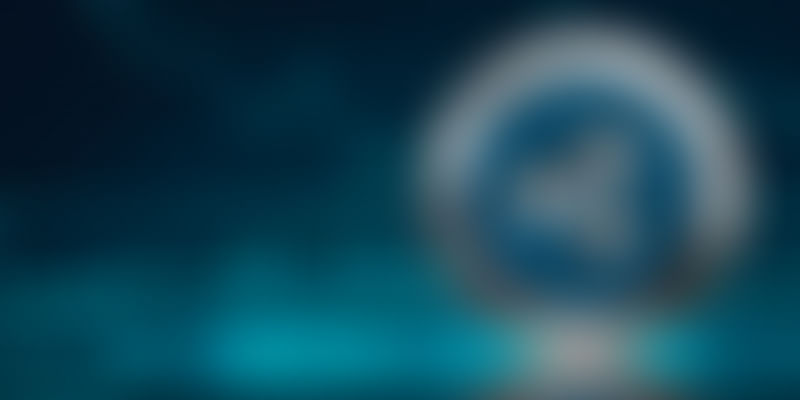 In December 2017, while Bitcoin was throwing the world into a frenzy by reaching the hitherto unimaginable price of nearly $20,000, a lesser-known cryptocurrency called Ripple had embarked on its own stratospheric rise. The Ripple token (XRP) was priced at a paltry $0.24 at the beginning of December, and it reached an all-time high of $3.65 four days into 2018. This whopping 1,420 percent increase in its price in a month drove its market cap to over $140 billion, making it the second-most valuable cryptocurrency behind Bitcoin. It also made Chris Larsen - who is the Co-founder, Executive Chairman, and former CEO of the company - the fifth-richest person in the world with a net worth of over $59 billion, albeit for a brief duration.

The precursor to Ripple, Ripplepay, was first developed in 2004 by web developer Ryan Fugger in Vancouver, British Columbia. It aimed to be a decentralized monetary system that allowed users to create their own money and was proposed a few years before Satoshi Nakamoto’s seminal paper on Bitcoin (2008). In 2012, the system was further improved upon by Arthur Britto, David Schwartz, and Chris Larsen, and the new digital currency came online a year later.

Ripple’s meteoric rise at the turn of the year has led to the cryptocurrency capturing widespread interest. But what exactly is Ripple, how is it being used in today’s world and is the hype surrounding it warranted?

Ripple: a network first and a currency second

Ripple is first and foremost a payment network (RippleNet) powered by a protocol called the Ripple Transaction Protocol (RTXP). The network is built upon blockchain technology, making use of a shared, public database to enable “secure, instant, and nearly free global financial transactions of any size with no chargebacks.” What this essentially means is that a bank, for example, can move its money between foreign currencies almost instantly without using separate accounts in each country or paying (high) transaction fees. All accounts and transactions on the platform are cryptographically secure and verified; Ripple usually validates accounts and transactions instantly for payment transmissions and has very little latency in payment notifications.

Ripple’s technology has provided a much-needed upgrade to the global payment infrastructure which has understandably led to mass adoption of the software. Ripple’s clientele comprises of payment providers, digital asset exchanges, and over 100 banks, including the likes of UBS, American Express, Banco Santander, and Standard Chartered. Furthermore, unlike most cryptocurrencies, Ripple seems to have gained a following among key government and finance figures who are keen to implement the revolutionary blockchain technology in traditional financial institutions.

Are Ripple tokens worth it?

The Ripple token (XRP) is an irregular piece that doesn’t quite fit the larger puzzle simply because it has no inherent use in the network. While it does serve the purpose of acting as a ‘go-between’, for example, in exchanging two currencies that cannot be directly traded, there are countless improbable criteria that have to be met for XRP to become a sort of ‘reserve currency’ for banks. Even the company’s official stance on the use of its token has often varied – its leaders have alternated between stating that XRP is not meant to be a store of value, and touting its promise as a cryptocurrency in its own right.

But that’s not the only reason why the crypto community is rather unenthusiastic about the Ripple token.

While currencies like Bitcoin and Litecoin work on a proof-of-work consensus protocol which rewards those validating transactions with tokens (a process called mining), Ripple makes use of a unique, and slightly contentious, consensus protocol. Instead of operating on sound mathematical proof, the Ripple system is based on trust, wherein transactions are added to the ledger when agreed upon by a pre-selected network of ‘validators’. While users can set up their own servers, it’s up to Ripple to include it in their trusted ‘unique node list’ which is included in the consensus-making process. Also, the tokens (which cannot be mined) are created and distributed by the company at will.

This makes Ripple function almost as a centralised system – the antithesis of what cryptocurrencies are supposed to be. Furthermore, the source code of Ripple’s technology is privately owned by the company, another factor that draws the ire of cryptocurrency members. There is a host of other problems the currency faces – including prevention of monopolisation, and widespread adoption by banks, not to mention continued goodwill – which Ryan Selkis, a virtual currency analyst, explains in this post.

All bets are off for the future

So why, you may be wondering, has the price of XRP skyrocketed if the token has no value? There’s a simple answer to that – mass hysteria.

Mass hysteria, driven mainly by the Fear Of Missing Out (FOMO), is what has propelled the rollercoaster of cryptocurrencies in the last few months. As the price initially increases (usually driven by some promising news), more people begin investing and trading in it, thus driving its price up even more, and ad infinitum. The effect has been compounded by countries such as South Korea and Japan allowing the trade of cryptocurrencies, which has resulted in a massive influx of speculative traders who are able to sway the market.

However, recent cooling of key cryptocurrencies has given the naysayers and doubters ample fodder to question the future of these platforms, Ripple included. Given the volatility often seen in the sector, and the constant influx of new arrivals, predicting the future for cryptocurrencies is uncertain at best.

What Ripple does have as a positive is its payment network is that it is undoubtedly valuable to some of the world’s most prominent financial institutions. But how that’ll play out for the company and its token is anyone’s guess, because this is the cryptocurrency world after all, and here, unpredictability is the norm.