Ronaldinho and the art of startups 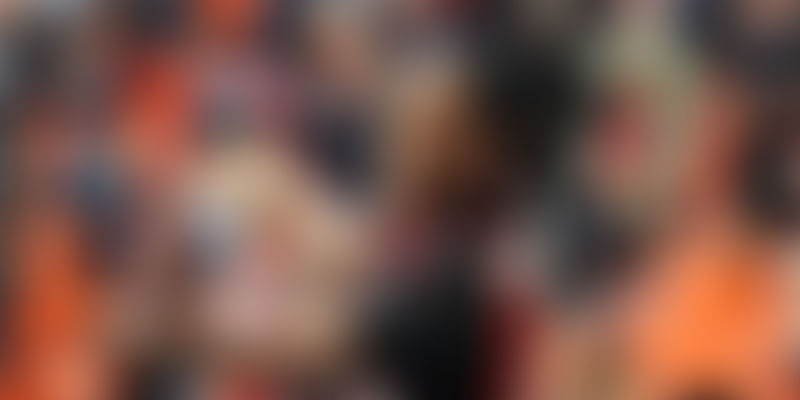 Ronaldinho will be remembered for the countless moments of joy he brought to football fans all over the world. The man who ‘started up’ an entire generation’s love affair with football, has pertinent lessons for entrepreneurs as well.

Ronaldinho Gaucho, one of the most charismatic football players of all time, hung up his boots last week. The man with the trademark toothy grin and insane ball skills, lit up many a world stage over the last two decades. He will be missed by all who love the game, especially more by those whom he enigmatically wooed into the sport, courtesy his ability to write engaging tales with his feet.

And yet there is perhaps more he has to offer in other domains. The man who ‘started up’ an entire generation’s love affair with football, has pertinent lessons for entrepreneurs as well. Those who run, often sans fanfare, every single day on diverse fields spread across garages, coffee shops, basement cellars and the like, looking to score their own goals on the balance sheet.

Enjoy what you do

Ronaldinho was perhaps the epitome of the concept of ‘jogo bonito’, an endearing Brazilian philosophy around likening football to ‘the beautiful game’. He always seemed to be having a blast whilst performing. He absolutely loved the high-pressure stakes of being a professional footballer. One got the feeling, during every minute of his playing time that there was nowhere else he would rather be. Perhaps that attitude laid the very seeds for what he eventually achieved.

Having an idea that seems lucrative or capable of changing the world is one thing. But being truly immersed and passionate about what one does is entirely another.

The Japanese concept of ‘Ikigai’, which is about identifying one’s true calling, also emphasises the reality that what one loves can be different from what one is good at and what one can be paid for. But when these intersect, the involvement and commitment of the person behind them reach different levels. The dividing line between work and play vanishes. And that is always a good thing.

Unafraid to try the audacious

If there was a quality which defined Ronaldinho’s playing style, it was the capacity to try the outrageous in the tensest of big match situations. Think of the manner in which he chipped the English goalkeeper in a crunch World Cup quarterfinal. Playback his ‘stand and deliver’ goal against Chelsea in a Champions League knockout game. Ronaldinho was never scared to attempt the improbable. The fear that he might fall flat, never seemed to enter his thought process.

The greatest startups seem to have the same sort of courageous audacity in their roots. They start off wanting to dramatically change the way the world views something. They seek to have massive societal influence and impact. They aspire to redefine the market and the future. The idea that they might just fail at this is buried under layers of huge self-confidence. Amazon, Airbnb and Uber are some startup cases in point that took age-old paradigms and emphatically turned them on their head, much as what Ronaldinho enjoyed doing throughout his career.

One of the great delights for spectators watching Ronaldinho practising his craft, was that he managed to create the feeling one would witness watching something ‘out of the box’, new and exciting, at any given moment. Renditions of his trademark ‘elastico’ dribble, the execution of basketball inspired ‘no look’ passes, myriad flicks, tricks and turns imported perhaps from Futsal that seemed unfettered by any kind of previous precedent or logic. This ensured that the magical Brazilian always remained one of the most watchable players ever.

Great startups also carry this onus of continuous invention and the constant pushing of expectations.

It is not just about emerging as market leaders; often the concept of ‘thought leadership’— setting the tone for the thinking and perception around the category — becomes more important. Apple is a great example of a company which kept pushing the bar with its constant product innovations, even if it never turned out in the goalkeeper’s position at any time.

Playing to the gallery

There was an utterly visceral level at which Ronaldinho connected with fans, even those of rival clubs. His passion, infectious attitude and sheer impishness, crossed over into rival camps often, enabling them to cheer for the skills and entertainment he provided. Never was this more apparent than in 2005, when Real Madrid fans (the arch nemesis of his Barcelona club) gave him a standing ovation off the pitch, after he defeated their club with his amazing performance — an extremely rare and historic event in an increasingly partisan club football culture.

It pays to play to the gallery, even in corporate settings. While getting the market and customer on one’s side is a readily apparent implication of this, there are other more subtle versions of the same concept. Even whilst making important presentations it makes great sense to try and win over everyone in the room — even those who don’t seem directly involved in the project.

Support can be contagious, it can always snowball into a roar of approval coming one’s way — always a nice feeling when exiting the pitch or the conference room.

Eventually Ronaldinho’s personal resume, albeit stupendous at many levels, still leaves one with the feeling he could have done so much more considering his outrageous gifts. Somewhere in 2006, his discipline fell away and he was never quite the same player again. Talent and potential can amount to nothing, if not regimented with determination, conscientiousness, and rigour. The sweat and focus behind the spark, often never get the limelight they deserve.

And therein lies an important lesson which emerges from the exploits of that soccer genius. Getting to the top is hard, but maintaining that position, staying ahead of the rest consistently is harder…much harder. Even startups with a temporary advantage have to realise that the market edge they have is fleeting at most. Others will catch up and bring them down, sometimes with a two-footed tackle. Staying ahead, to paraphrase Lewis Carol, literally requires one to run twice as fast, work twice as hard.

In the end, Ronaldinho will be remembered for the many smiles he kindled the world over, and the countless moments of pleasure he brought to millions globally. Here was a man doing something he truly loved. And after all is done and dusted; that opportunity is the only blessing one should really be asking for.