The Tim Ferriss animation, and why I can’t stop learning from Tim everyday?? 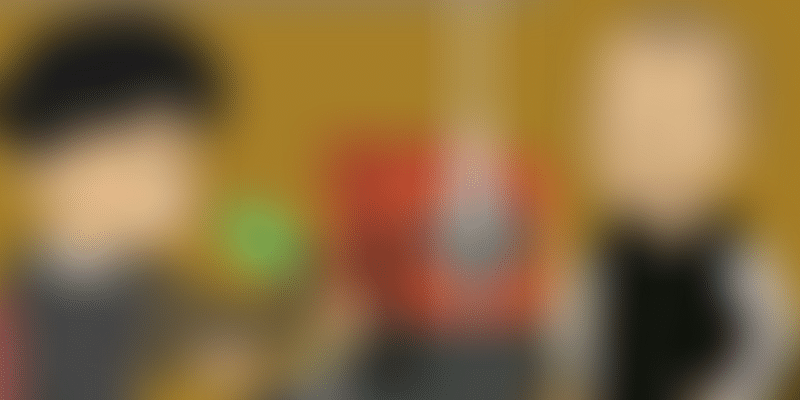 Tim wrote to me, I wrote back, then he never wrote back. Finally, we met and he said, "I owe you an email".

No problem. Always, no problem.

We became friends after that. I've been on his show, he's been on mine, we email, talk, have a billion mutual friends.

Every day I learn from Tim. Not only by asking him questions directly when I need to, but also, I constantly re-read "Tools of the Titans" - one of my favourite books.

Read it. Read it again. Keep it in your bathroom, or your night stand.

Tim views every aspect of his life as an experiment.

He is the reason I think the "10,000 hour rule" (10,000 hours of deliberate practice is the only way to achieve your peak potential) is a very breakable rule.

Tim breaks the rules. In fact, if I can learn only ONE thing from Tim, it would be that EVERY RULE IN SOCIETY CAN BE BROKEN.

His main philosophy seems to be:

Study the scientific research and history, but with heavy skepticism and open-mindedness.

Don't ask, "what truths do I learn from science". Ask, "What questions are science studying. What questions haven't they asked yet and how can I ask them?"

Sample size of one

The only valid sample size for an experiment on YOURSELF is a sample size of ONE...the results on you. If something works for you, then...it works.

If you fast for a week and feel great and do all the proper tests for health and you are doing well on each test then...it's working.

Don't believe anything else. Believe your body.

Everything is open for experimentation:

Physical health, mental health (using any extreme method), media (I've seen from the early beginnings Tim's experiments from blogging to books to podcasts to TV to other media), entrepreneurship (Tim's been an entrepreneur, a VC, an angel investor, an adviser, etc and this has been the main way he has created financial freedom for himself).

To experiment you not only have to DO, but you also have to DO NOT when the results are in.

If something works, quadruple down. Tim advised me over a year ago to triple down on my podcast. I did and he was right.

If something doesn't work, look at new ways of doing it.

Tim didn't enjoy the experience of his first TV show, so he figured out how to make the TV show format work for him (easier to produce, easier to monetise through other formats).

He doesn't give up. He figures out how to further eliminate the obstacles that prevented him from being happy.

Study the differences between his first TV show and his second and you'll see what I mean.

Interview all of the experts.

Before he started his podcast, Tim called me (and I assume many others) and drilled me for an hour on every aspect of doing a podcast. Now he has one of the top podcasts on the planet.

Mentorship is very much a key to Tim's success.

He figures out where his strengths are, hits the accelerator on them, and uses those strengths to cut out 8,000+ of those 10,000 hours.

Next podcast I do with Tim, I want to do JUST on the 10,000-hour rule since I think he is now the biggest expert in the world on it.

Every Friday, Tim puts out his five pieces of media that he is intrigued by that week.

He consumes all forms of media and tries to learn from everything.

I'm debating doing a similar kind of article but afraid of being seen as copying him. Tim has no such fear!

Tim is so analytical about every piece of information that he is able to grab valuable knowledge out of all media he touches.

I don't want to say, "Every time I see him, he's a different person", which is the first thing I started to say (having known him for about six years).

But every time I see Tim, he is changed.

He studies himself and makes adjustments. The way he eats, works out, reads, speaks, relates to people, listens to people, even his use of vocabulary, always seems to change every time we interact.

Over the past six years or so, I've seen Tim go from an "expert" to someone deeply committed to being authentic about his flaws, studying them, trying to correct them, in real time in front of an audience.

My guess is, he was at first afraid to admit weakness.

But since then, I've seen him admit great weakness, and how he learned to adjust and evolve with those weaknesses.

This is far more valuable than any guidance from experts. Tim realised this from a media perspective but then I think from a personal one as well.

That when you come to grips with your internal honesty and admit to your flaws publicly, that this gives you the tools and strength and ideas to deal with those flaws.

People sometimes ask me: what's the difference between Tim's podcast and yours.

I'm going to be honest on all of my answers here:

- We're both interested in peak performance. And our guests overlap. But I think he's slightly more focused on peak PHYSICAL performance than I am.

- Weeds. Tim will get into the technical weeds more with his guests.

I tend to focus slightly more on the intersection between what I am curious about and what the commuter listening might be curious about.

- Format. Tim started off as an interview show on his podcast. but now he plays much more with format.

Shows that are splices from prior shows (eg shows about a concept instead of a person). Shows that are just Tim talking about things he's exploring, etc. I need to do more of that also.

- Interview. I think both Tim and I have gotten a lot better at interviewing.

Tim is so intellectual in his interviews it singlehandedly raises the vocabulary of the entire podcast space. But, that said, Tim is able to pull deep personal truths out of his many guests.

I don't know if Tim does this but I try to think of all the audiences of my podcast:

a. The guest. I want them to think, "This guy prepared more than anyone ever prepared for me". Plus, I kind of want each guest to become my new best friend. Kareem!

b. The people in the waiting room. Every one of my podcasts has an audience. Audio people, publicists, friends, producers, guests, etc. I want them to think, "whoa! I've never seen anything like this before."

c. Listeners. I want people to think, "I can't turn away from this. My life is getting better because of this podcast."

d. Companies. Usually the guest is promoting something. I want the companies behind those products (a book, a show, etc) to see that my podcast is a great place for them to promote. I don't ask on a guest unless I love what they are doing.

I've actively rejected guests (and lost friends over it) when I didn't like their book or product and had to cancel the podcast as a result.

- Guests. I think Tim draws good celebrity guests (although I've been catching up a little on this) but he also invites a lot of guests that he's simply curious about. He has a bit more confidence in his audience than I do. I want to be better at that.

Tim's an acquaintance. We don't go out drinking. I don't call him when I have a relationship issue (unlike at least 50 percent of my other guests who are probably sick of my calls. Coolio! AJ Jacobs!).

But I learn this:

DOUBLE-DOWN on what works

PLAY with every format

RULES are made to be studied and then broken

The above are the keys to freedom.

He's not "The Four Hour Work Week" guy. He's an explorer of his own life. He makes discoveries every day.

I want to do that also. Please, let me have the strength to do it.