With Myskoolbus augmenting safety on the school run, parents can heave a sigh of relief 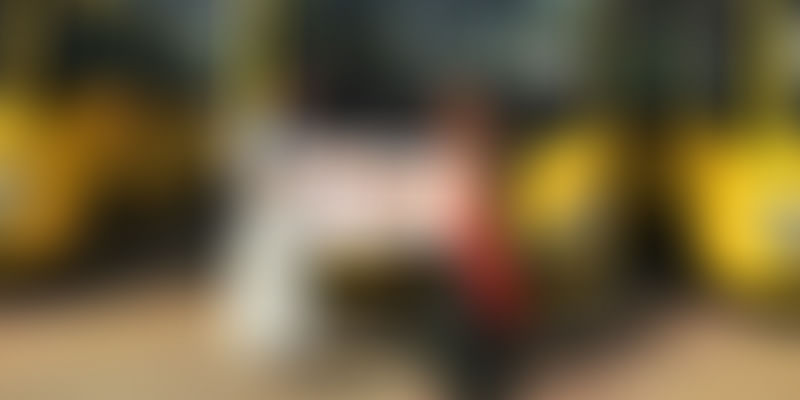 Co-founded by Pooja Khemka and Preeti Agrawal, Myskoolbus is an app that tracks school buses on the go and provides real-time updates to parents and schools.

Ask any parent and s/he’ll tell you that every school bus journey is fraught with tension. “Has the bus reached school safely?”, “Has my child been picked up?”, “Why is the bus taking so long to reach?” – these are some of the questions that worry parents of most schoolgoing children.

Pooja Khemka and Preeti Agrawal, the co-founders of Myskoolbus, are no exception.

For Pooja, dropping her child at the bus stop and picking him up in the afternoon was part of her daily routine. One afternoon, while attending an exhibition with her friend Preeti, she got caught in traffic and missed the bus. What followed were a few harrowing moments.

“We were not able to contact the transport manager as his phone was out of reach. The bus was on the move and we kept missing it. We didn’t know the route it was taking and by the time we got any updates the bus was far away. Had we been given notifications about the bus location or known the bus route, it could have been very helpful and time-saving. We later came to know that the bus had passed through The Grand Bhagwati, where the exhibition actually took place. If only we had known, we would have waited there and avoided panicking. After an hour when we finally got connected, I picked him up from the school,” Pooja recalls.

An idea is born

The tense moments sowed the seeds for Myskoolbus, a mobile app that tracks school buses and provides real-time updates and notifications of trips.

“We were so worried after the incident that we came up with the idea of a school bus GPS-tracking application for parents. We conducted a survey among parents about the feasibility of the idea and whether they would be willing to pay for such an app. Based on the positive results of the survey, we went ahead and designed it,” Preeti says.

As long-term residents, the duo chose Ahmedabad, a Tier 2 city, as their base as they felt it would benefit them in terms of low operational cost and a good market to start with.

Pooja (29) and Preeti (24) come from a family of entrepreneurs, the former being an independent chartered accountant, and the latter a Certified Financial Planner.

After the Myskoolbus idea took root, they approached their husbands Suyash and Ankit to become Co-founders. Their technical expertise came in handy while designing the app.

“Our core offering is the Myskoolbus application for parents, driver and the school administration. It integrates the working of the three users,” Preeti explains.

It works along the following lines:

While one version has been launched, the second upgraded version is in the testing phase and will be launched soon.

“As far as revenue is concerned, we charge a meagre amount from the parents annually and the schools as their fleet management charges. Larger ecosystem partners are school chains that have multiple branches across the country. Also, recently the CBSE has made it compulsory for schools to use GPS in their vehicles, which is another boost for us. In a year, we hope to break even and start making a profit,” Pooja informs.

“We require funds for an exponential growth in users and expand to other cities and far-off regions in India. We feel VCs will play a major role in mentoring our startup, provide us industry experience, and help us to reach out to relevant people,” she adds.

Initially, the co-founders found it a challenge to explain the concept. But consistent efforts in reaching out to parents and school staff paid off and the app is now quite popular in Gujarat. More schools have joined the platform.

“Parents don’t have to wait for long at the bus stop as they receive alerts on when the bus would arrive. Schools staff are relieved of the tension of calling all the drivers to know their exact whereabouts; they can now see all the buses’ exact location on the screen,” Preeti says.

Myskoolbus is in talks with prospective partners to expand as franchise models in other cities like Delhi, Mumbai, and Kolkata.

While parents will never be free of worry, now there is one less reason thanks to an app that lists child safety as top priority.