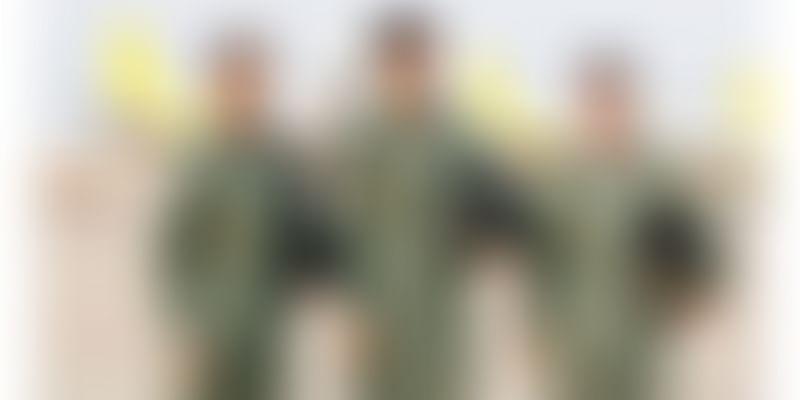 Even as the Indian armed forces continues to disallow its women soldiers into roles of combat, today, India will witness women take a giant leap towards the goal of securing the skies for their motherland.

In October 2015, the government decided to open the fighter pilot stream for women on an experimental basis for five years. Since then, the three women in their early twenties, who were selected from a batch of 125, have been undergoing gruelling training – from 4 am to 10 pm for almost a year – in order to become the country’s first fighter pilots. Avani Chaturvedi from Madhya Pradesh, Bhawana Kanth from Bihar and Mohana Singh from Rajasthan are currently undergoing Stage-II training in Kiran Intermediate Jet Trainers at Hakimpet Air Force station in Hyderabad.

The women, during their time in the training, have operated only with the relatively easier-t0-handle aircrafts like Pilatus PC-7 turboprops, Kiran and Hawk jet trainers. Today, the woman are rewriting their own history by getting their hands on the Mikoyan-Gurevich 21 (MiG 21) planes which happens to be first ever time that Indian woman are piloting them. MiG 21s are supersonic jets and interceptors designed by Russia. These plans are the fastest in the world when it comes to landing speed and take-off speed, recorded at 340 kilometres per hour.

In a chat with Times of India, a senior officer said,

"Avani is already undertaking sorties in a twin-seat MiG-21 Type 69 trainer with a qualified fighter instructor (QFI) at the Suratgarh airbase. Bhawana will follow suit at the Ambala airbase soon. Mohana, in turn, is still with Hawk advanced jet trainers at the Kalaikunda airbase. She will also be posted to an operational squadron in due course."

Even as combat roles in the Army and Navy are denied due to operational concerns and logistical constraints, the trio will fly sepoys and majors and script history while they are at it – one flight at a time.