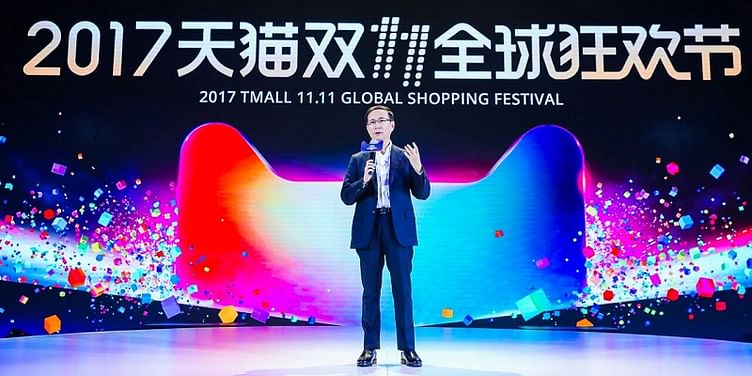 The last week of January and the first week of February saw a significant push by Alibaba into the Indian startup ecosystem. So far, the Chinese major has invested $1.7 billion in Indian startups.

Last week, all news of funding was overshadowed by one name - Alibaba.

The Chinese giant, along with Tencent and Baidu, entered into the Indian startup space as investors with 48 deals in 2014. Now, in 2018, Alibaba already has a significant hold in Delhi NCR-based unicorn Paytm, and is widening and deepening its roots.

Late last week, it became the largest stakeholder in BigBasket, investing $300 million into the company. The investment might make way for a strategic partnership between BigBasket and Alibaba.

Apart from Bigbasket, Alibaba, through its payments business, Ant Financial, also invested in foodtech startup Zomato this week. According to Crunchbase, so far, Alibaba has made 84 investments across geographies. It remains to be seen what Alibaba’s long-term strategy for India is, and what sectors it will train its sights on.

The key investments made over last week:

1. BigBasket rakes in $300 million from Alibaba, others

With online grocery attracting interest from ecommerce titan Amazon and Flipkart in India, current market leader Bigbasket raised $300 million from Chinese e-tailer Alibaba. Others that participated in the funding round included The Abraaj Group, International Finance Corporation, and Sands Capital Ventures. Altogether, the company raised almost $600 million in this latest round. This latest funding takes the valuation of Bigbasket to $950 million, just $50 million short of a unicorn status.

The foodtech battle just got a little more interesting as Delhi NCR-based unicorn foodtech startup Zomato raised $200 million from Alibaba-owned Ant Small and Micro Financial Services. With the fund-raising, the valuation of the company has risen to $1.1 billion. The $200 million funding includes a secondary share sale of $50 million by Info Edge to Ant Financial.

Alibaba is looking at a newer market

Media reports suggest that with its investments in Zomato and XpressBees Alibaba is looking to compete with Amazon. Grocery makes up for a bulk of the $672-billion retail market in India and the simple logic goes that a customer might buy a mobile phone once in a year, but he needs to buy grocery multiple times a month.

As Bigbasket Co-founder Hari Menon says, “It is the only category that gives repeatability.” Also, the Harvard Business Review says Alibaba is not only a very successful disruptive company in China, but also brings to the table a completely different business model than Amazon’s.

In the past two years, Alibaba’s entry into India, through various investments, has been making this game more exciting. Alibaba’s technology for QR scan code has been already implemented in Paytm Mall. Satish Meena, of Forrester Research says it might be too early for Alibaba to launch its famed ‘New Retail’ model in India, which brings together offline and online channels of retail. Alibaba’s focus on O2O model is clear – from CEO Daniel Zhang’s statement that Paytm Mall’s omni-channel model is a precondition for New Retail.

The hope that had foreign investors Amazon and Alibaba pump in billions of dollars into the Indian market is still strong, and the logic straightforward - Indian e-tail is in its infancy, and it is best to get in at the ground floor and ride to the top.