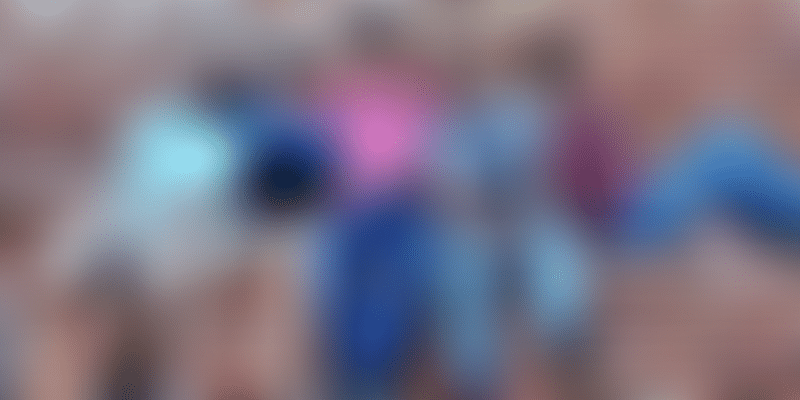 Promoting eco-friendly tourism and enthusiasm to travel is the goal of this Kolkata organisation that takes you around the city on foot.

Tourists know Kolkata, or – as the veteran Calcuttan would still like to call it – Calcutta, by the Howrah Bridge spanning across the horizon, or the once-revolving stone fairy atop the Victoria Memorial set against the skyline. But, there is more to this warm, friendly city than that.

Take a tram ride down its old streets through rickety buildings, or a walk through the authentic boi-para (‘book lane’), or let the city take your breath away during Durga Puja, the grandest Bengali festival.

Or, walk through it with Calcutta Walks – the organisation that is famous for conducting city tours, keeping with the spirit of sustainability and viability.

Calcutta Walks has no guides, but fellow ‘Explorers’ as the team likes to call itself. They are lovers of the city, travel enthusiasts, and forever learners. Ten years ago, Iftekhar Ahsan left his corporate job and set up a touring organisation for the city he was passionately fond of.

“Mired in years of neglect and bad publicity, people fail to accept Calcutta for the great city that it is,” says Explorer Anirban, one of the team members.

Their basic motto is sustainable tourism. “We take pride in showing the city as it is – animated, colourful, a milieu of races, religions, communities, languages, and heritage. Ours is a constant endeavour to engage the tourist in a dialogue with the city he is walking."

"This dialogue is the first step towards understanding of the basic ethos of the city. Based on the firm belief that all businesses must be socially sustainable and responsible in order to improve and positively affect their radius of influence, Calcutta Walks is more than a mere tour company,” Anirban continues.

Walks are conducted, and so are tours on motorbikes, bicycles, cars, river boats, and public transport. There are themes that these tours adhere to. The Colonial Street Food tour takes you around New Market, that colonial structure built in 1874, and gives explorers a taste of all things delicious. A tour of the bazaars of old city pays homage to Sutanuti – the one marketplace which saw the birth of the city in 1690.

For those interested in religion, places of worship, or the stories of culture that such places bear, there are walks around the multiple temples, churches, and mosques. A confluence of Kolkata’s cosmopolitan cultures finds honour here.

Calcutta Walks has started to photograph the city on its tours. Especially for shutterbugs, there are sojourns around the city to witness its architecture; Barrackpore of the 1857 mutiny, Chandernagore – the once French colony, Serampore of the Danes, Chinsurah of the Dutch, Hooghli of the Portuguese, and much more.

Other themes include Bengali architecture, food, and bazaars. The team has now acquired an old building in the heart of the city which they are renovating to have a homestay. “So, our guests can now stay with us and tour with us to get a feel of life in Bengali Calcutta,” says Anirban. Tours are charged affordable prices. Lean months are managed by bootstrapping and investing wisely. The team aims to be the best in what they do so that people cannot help but rave about their services.

Calcutta Walks also organises campaigns that they believe help promote the city and better its environment. For Jane’s Walks, a series of free walks are conducted for Calcuttans to encourage them to appreciate their city more. In Responsible Riders Campaign, motorbike riders are gathered at the police headquarters, asked to take a mock pledge to ride safe and protect the city before embarking on a ride around it. Calcutta Cleanup Campaign was initiated to help the municipality clean up the city. People are invited on a cleaning drive in this campaign.

Walks are open to all age groups and they welcome those who are enthusiastic about witnessing heritage buildings and select localities that have the real feel of an old, historic, charming city.