Odisha, Haryana, UP take the lead in preparing for startup index 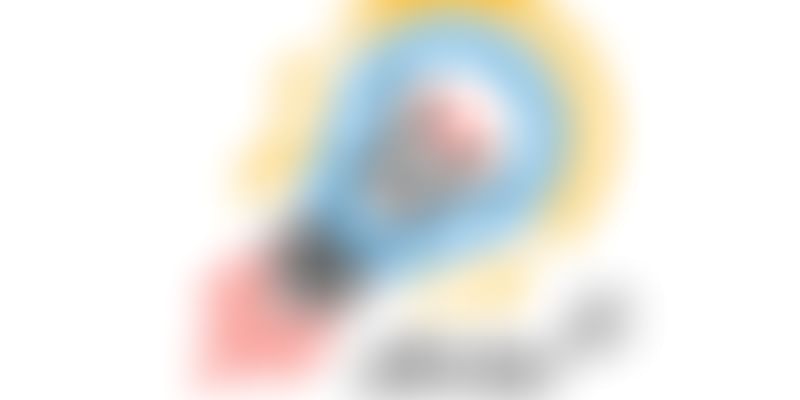 Earlier this month, DIPP launched a seven-pillar framework to rank states on their startup ecosystem. As different states gear up ahead of the startup index, to be announced in June, YourStory analyses what different states are doing to deliver on the framework.

The World Bank’s ‘Doing Business - Subnational reports for India’, pegs Bhubaneswar in the third spot in terms of ease of doing business. Odisha aims to emerge as one of the country’s top-three startup hubs by 2020, and facilitate at least 1,000 startups over the next five years.

To encourage entrepreneurship in the state, the government provides three types of funding - a monthly sustenance allowance of Rs 20,000 per month, monetary assistance up to Rs 15 lakh for new product development and marketing, and need-based funding.

“The need-based assistance is decided on a case-to-case basis. It is decided by the nodal agency, and then it goes to the Startup Council for approval. The funding is given on the basis that if a startup requires a specific raw material that is not available easily, startups need to give an estimate to procure the material, and the funding can be availed,” Swayam Mishra, Coordinator of Startup Odisha.

Swayam highlights there are five incubators registered with Startup Odisha, and there are plans to add one more soon.

The state has also taken several initiatives for to make starting up easy, like a simplified registration process, offering free consultation from an online platform for legal services, Vakil Search, and aiding to boost productivity through online tools and SaaS applications of Chennai-based Zoho.

Shrofile, a technology partner for Startup Yatra in Odisha, has helped startups pitch their ideas through its platform. Shrofile is video-based professional platform for crowdsourcing, and allows individuals to showcase their personality with their profile. “We received 4000+ applications, more than 600 business ideas, and over 2,000 videos. Odisha is making significant efforts to reach entrepreneurs in the interiors, and to promote entrepreneurship at a grassroot level,” says Manish Rai founder member and VP, Shrofile.

In January this year, Odisha organised the startup Yatra that travelled to 60 institutes across over 15 cities in 20 days. The Startup India Yatra van is equipped with facilities for individuals and startups to pitch their ideas. Boot camps with ideation workshops and idea-pitching sessions were also organised at 10 premier institutes in Odisha during this Yatra.

As per the Haryana Entrepreneur and Startup Policy launched in October last year, the state plans to attract Rs 1,500 crore in investments into the Incubation and Startup Ecosystem in Haryana during policy period; establishing at least 22 technology/business incubators/accelerators in different sectors in every district. It also plans to develop 1 million sq ft of incubation/ common office space, facilitate venture capital funding of a minimum of Rs 200 crore, and encourage at least 500 startups.

The government is also working with universities, educational institutions, and the academia to foster a culture of entrepreneurship among students, and provide theoretical training to budding entrepreneurs.

“There are multiple incubators that we are fine-tuning to work under the PPP model and tie-up with universities to mentor incubators and bring an outcome from that,” says Rajiv Gulati, Assistant General Manager, HARTRON (Haryana State Electronics Development Corporation Limited).

The state has initiated a number of measures to improve the start-up ecosystem in Haryana. An Innovation Hub at Gurugram, spread over 30,000 sq ft that has already been set up, and comprises Startup Warehouse, Mobile Application Centre, United Nation Technology & Innovation lab and IoT (Internet of Things) Centre.

To provide funding support to startups, the government also plans to create a corpus of Rs 115 crore which would be utilised at two levels - as seed funding to incubate ideas, and financial support through venture capital funds for scalability.

In Uttar Pradesh, the Startup Yatra travelled to seven cities, including Agra, Bareilly, Kanpur, Lucknow, Sultanpur, Varanasi, and Noida. Selected startups received incubation offers from IIT BHU, IIT Kanpur, iB Hubs, BIMTECH, IIM Lucknow, and others. The event witnessed a participation of over 6,000 people. Around 1,000 startups pitched, and 100 were selected for incubation.

Last year, CM Yogi Adityanath had set up $156.2 million startup fund to nurture a culture of entrepreneurship and innovation in the state. Taking a step forward for startups and Small and Medium Enterprises (SMEs), the Yogi Adityanath government signed a Memorandum of Understanding (MoU) with the National Stock Exchange (NSE) to list SMEs on NSE’s SME platform, NSE Emerge.

Under the MoU, startups and SMEs from Uttar Prdesh will get information on raising capital, SME exchange guidelines, listing processes, and compliances with listing agreement, among others. NSE will mentor startups about capital markets, capital raising mechanism and regulatory compliances.

The State Startup Ranking Framework is aimed at bringing to fore progress made by States/UTs to promote the startup ecosystem. The report intends to foster competitiveness and propel the states/UTs to work proactively while facilitating states/UTs to identify, learn and replicate good practices.

The State Startup Index is expected to be released in June 2018, and until then each state will be ranked on the basis of the framework’s seven pillars, which include startup policy and implementation, number of incubators, seed funding support, funding support (including angel and venture funding), simplified regulations, ease of public procurement, and raising awareness and outreach.

Earlier, in October 2017, the DIPP launched an exercise to rank states and union territories on the basis of measures being taken by them to promote startups, and added that it was consulting states for their ranking framework.